The 2016 election delivered a rather unfortunate mix of gun lovers, climate deniers, and 90s-style racists to the Senate, and just weeks after the final spots were allocated they’re making their weight felt.

Along with other prominent conservatives, the motley crew have started blurring the lines between ironic performance and straight-laced politics, in much the same way Donald Trump and his supporters have in the US, demonstrated by the rise rise of the so-called ‘alt-right’. It’s a movement that has been marked by privileged people engaging in political debate semi-ironically to rile-up opponents for the fun of it, while also make the case against ‘political correctness’. It’s a tactic only useful to those who don’t actually face the threat of real life discrimination.

The problem is it’s often hard to tell where the irony ends. 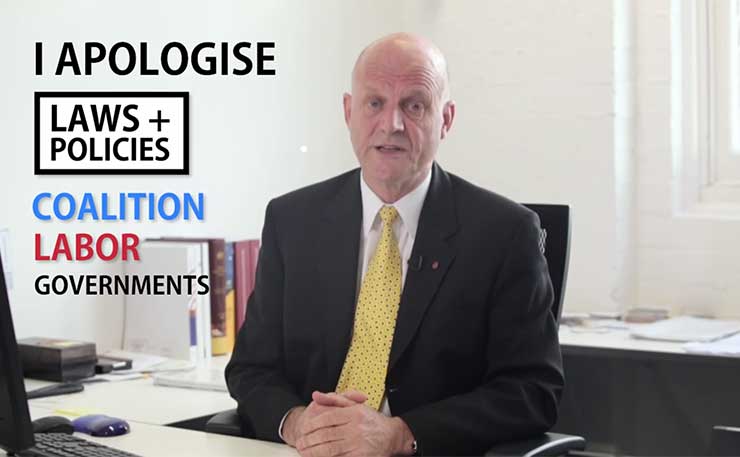 The outspoken Senator was returned – just – at the July poll. He’s honouring the faith placed in him by the good people of NSW by using the considerable resources and privilege afforded to elected representatives to troll the Australian Human Rights Commission, filing a complaint under Section 18c of the Race Discrimination Act after a Fairfax journalist called him an “angry white male”. Fairfax journalist Mark Kenny. Who is a white male.

By Leyonhjelm’s own admission, this is to get back at advocates of the law, rather than attend to a legitimate grievance. He’s not actually offended by the label Kenny used.

As anyone actually interested in debate about the provision will know well, 18c is complimented by Section 18d, which provides exemptions for factual reporting and fair comments that represent a person’s genuinely held belief. It means his case will almost certainly fail.

The Senator has terrible form when it comes to having a laugh at the expense of people who just happen to not be white. In one of his last acts before the election, he mocked the National Apology to the Stolen Generations. This was made to children who were sometimes literally ripped from their mother’s arms because of their race. Worth a laugh, no?

This is a bit of fun for Leyonhjelm. For people like him, that’s all hate speech is. 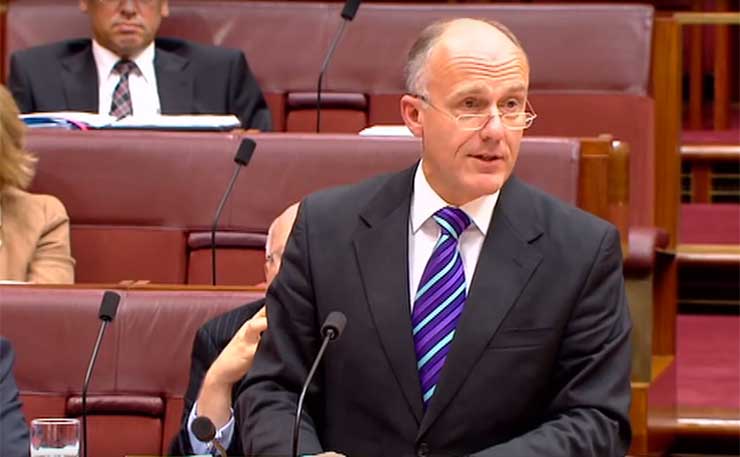 It’s a tough time to be white. Just look at the last election. There was something like four explicitly anti-Muslim parties running for spots in Parliament. And ZERO running on an anti-white platform. When will the reverse-racism end?

That’s why us whites have to stick together, and right on cue far-right Liberal Senator Eric Abetz butted in to stand up for Leyonhjelm, dubbing Kenny’s comments “racist terminology”.

“David Leyonhjelm is making a very important point: if you replace the word ‘white’ with any other colour, the social justice warriors would be up in arms,” Bernardi said.

Leyonhjelm, Bernardi, and Abetz are taking on a new wave of white-on-white discrimination. Perhaps having run out of minorities to colonise, oppress, and wage war on, we’ve finally turned on ourselves.

The idea that powerful, wealthy white men are the victims of bigotry is becoming a core belief for the Liberal Party, as it already has for much of the right-wing commentariat.

The Australian way of life is under threat thanks to two toilets.

This is what Pauline Hanson argued this week, releasing a video bemoaning the installation of a couple of squat toilets in a government building.

Verdict: Too Close To Call.

Nick Goes In Search Of His Folkesgemeinschaft

Last year, right-wing nationalist Nick Folkes tried to host a BBQ to celebrate the anniversary of the Cronulla riots. No one came.

On the weekend, Folkes and friends (he does have some, it seems) stormed the Gosford Anglican Church, famous for its liberal disposition, and the pro-multicultural messages it runs on its billboard. They were dressed as ‘Muslims’, reproducing a tactic Folkes and co. have used for well over a year to harass Muslims and non-Muslims alike.

Folkes loves these kinds of stunts. They fit a basic script: do something stupid, get slammed by everybody (including shock jocks, Bolt, and One Nation), play the victim, repeat.

But as Folkes himself told Bolt, while his clownery might prevent him building a coalition of support, it does help draw an incredible amount of media interest. He was on Bolt, The Project, and Radio National breakfast this week. Looks like the dress up is working then.

The weirdest part of this stunt was when Folkes and his crew went to a local park and imitated Muslims at prayer. This is the future, they warned. Cultural appropriation aside, it was quite a peaceful scene, and a reminder of this great Safdar Ahmed cartoon.

One Nation On Another Planet

Malcolm Roberts, the One Nation Senator who believes climate change is an international conspiracy, was on Q&A last night. This guy is not an opportunist, he’s for real, and will go to lengths to convince others of his case which, as has been pointed out, relies on a number of absurdities and some subtle anti-Semitism.

Why exactly did Q&A think they needed to have him on after giving Hanson a run so recently?

As physicist Brian Cox pointed out, Roberts’ views are on par with those who believe the moon landing to have been faked.

To Help You, First We Must Mock You Joe Hildebrand, an inner-city and comfortable member of the media establishment who passes his time denouncing the inner-city establishment, has a novel new twist on the white man’s burden.

It used to be argued that the (naturally superior) whites should be put in charge of Aboriginal communities and lives for their own good. But in the wake of Bill Leak’s most recent race row, Hildebrand takes it a step further. To help Aboriginal people, whites must first mock them. Sure, we could also stop guards from beating Aboriginal children, or the state from criminalising fines and failing to offer alternatives to detention. We could back real, community led programs that reverse social breakdowns where they have occurred. But isn’t it easer to just laugh?

Verdict: Who On Earth Could Say For Sure.

But if you want to take a guess, or think we’ve got any wrong, leave your comments below.