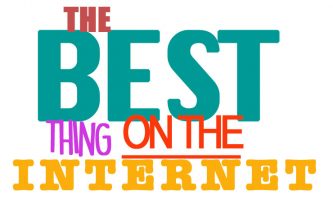 Jim Jefferies is to comedy what Steve Irwin was to… harassing wildlife? That is, Irwin was a much bigger deal in the United States than he ever was in Australia (at least early in his career). And Jefferies appears to be following a similar career trajectory.

If you haven’t heard of him, Jefferies was born  in Sydney as Geoff Games Nugent, but took the stage name ‘Jim Jefferies’. He studied music and theatre in Perth before moving back to Sydney to start his comedy career, and then trying his hand overseas in the United Kingdom.

He became a big deal in the US in 2009, and hasn’t looked back since. In 2017, Comedy Central gave Jefferies the green light for his own show (called, appropriately, The Jim Jefferies Show. It lasted three seasons before Comedy Central shelved it, but Jefferies made the absolute most of his time there.

Comedy Central now runs the clips on its Youtube channel, and half a decade or so onwards, they’re even more watchable than ever.

Jefferies takes on a lot of social causes in his work, and delivers a very entertaining mix of left and right perspectives. His attempt to make a run for it across the South Korean ‘border’ into North Korea was genius, and iconic.

But it’s his interview with Dr Jordan Peterson, at the time still a rising star intellectual on the world stage, which deserves the title of Best Thing On The Internet.

We don’t want to ruin any of the punchlines, but it includes lines like: “Looks to me like Peterson and the alt-right aren’t fucking. But he doesn’t mind flirting a bit.”

Dozens of journalists from around the world have tried to trip Peterson up, but none have ever really laid a glove on the Canadian academic. Jefferies knocks him out of the park (and to Petersen’s credit, he acknowledges that).

His hit on a leftie interviewed for the same program even more savage.

Jim Jefferies may not have his own show on television anymore, but he still tours doing stand-up comedy. You can follow him at his personal website here, and cross your fingers that one day he decides to come back home and do a tour Down Under.