Changes to the unemployment benefits scheme are not about helping people find work, writes Peter Thrupp. They’re about waging war against the poor and disenfranchised.

Australia’s unemployed are being exposed to a system which Christian Porter, the Minister for Social Services, has blatantly admitted is supposed to be undesirable by design. He argues this is to encourage “self-reliance”.

This ideological rhetoric doesn’t deserve to be taken seriously. The real aim is to encourage obedience and subservience amongst workers, especially those of the precariat class (those in precarious employment/circumstances).

The message is, ‘don’t risk your job by demanding better conditions, pay or hours; if you do lose your employment in this way, the only payment you’ll receive will be below the poverty line until you find your next job in an ever fluctuating marketplace’.

Here are the facts: wage growth is hitting all time lows as a result of job insecurity. This system also encourages the unemployed to apply for precarious jobs as a means of exiting the punitive and unenviable welfare system.

‘Self-reliance’ is no problem if you have enough capital to cover all of your basic needs for whatever period necessary. However for those on the lower, less secure economic rungs of society, the reality when faced with unemployment is much bleaker.

Encouraging ‘self-reliance’ amongst welfare recipients also appears to be a selective process at best. This is apparent when examining the government’s trials of mandatory income management.

With an introduction of the ‘healthy welfare card’, welfare recipients will only receive 20 per cent of their below-subsistence payments in cash. The rest will be quarantined through the use of a VISA debit card, which can only be used for approved purchases. The supposed reasoning behind this is to combat drug and alcohol dependency.

One small problem though: it doesn’t work.

The government has access to years worth of reports and data relating to a similar scheme introduced during the Northern Territory intervention, the BasicsCard.

The Centre for Aboriginal Economic Policy Research produced a report in 2014 stating that:

“Taken as a whole there was no strong evidence that, at that stage, the program has had a major impact on outcomes overall…. The analysis suggested that for many people income management largely operated more as a means of control than as a process for building behaviours or changing attitudes or norms.”

If we were to judge the government purely by its rhetoric, then they have largely failed at producing better outcomes for welfare recipients through trials such as these. However, a government’s rhetoric and its actions are regularly incongruous.

The calls for self-reliance and concern for welfare recipient’s health is nothing more than a smokescreen for the government’s neoliberal ideology. The trials of the cashless welfare card have largely been targeted at low socioeconomic areas.

The underlying thoughts behind this project are clear. If you reside in one of these areas and receive welfare payments, the government has zero trust in your ability to be self-reliant. You no longer deserve the dignity of financial autonomy.

These private employment agencies have been accused of “forgery, manipulation of records and the lodgement of inflated claims for fees.” According to a report on 4 Corners, a managing director of a private employment agency stated, “There are incentives to be involved in sharp practices from a financial and performance perspective…. We had to do the same thing [because]everyone was doing it.” 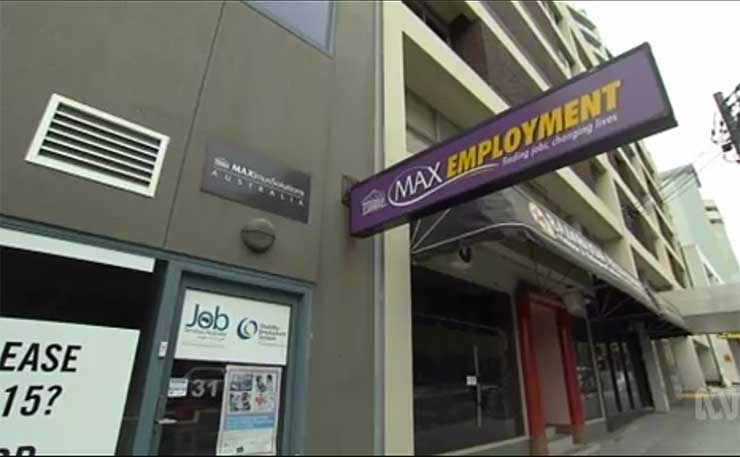 This is exactly what you would expect when you hand a service designed to help the unemployed over to private capital. The motivation to help is obscured by the motivation for profit.

Unsurprisingly, the number of complaints relating to private job agencies has spiked significantly, managing to double in size in four years. Some have attributed this rise in complaints to the Jobactive program, a work for the dole scheme.

Work for the dole is yet another concession to private capital. It allows businesses to use the unemployed as a source of free labour. Under the program, businesses receive a “$1,000 bonus and will then be eligible for a Youth Bonus wage subsidy of between $6,500 and $10,000,” whilst jobseekers would receive an extra $200 a fortnight to their welfare payments, a sum that would still keep them below the poverty line.

The Australian Council of Trade Unions has condemned the scheme, saying that the amount of hours worked in comparison to the pay being offered amounts to roughly $4 an hour for young Australian interns.

A Community Development Program targeting those in regional and remote areas required jobseekers to take on “25 hours of work-like activity a week, five days a week or have their payments suspended.”

Once again, the government created a different set of rules and standards for those living in low-income areas.

The CDP has also been accused of disproportionately targeting Indigenous Australians. Kara Keys, the ACTU’s Indigenous officer has stated: “The 37,000 workers subject to CDP, 31,000 of whom are Indigenous, face incredibly high penalties for non-compliance with this draconian program.”

According to a study conducted by Australian National University, within the first six months of the introduction of CDP, 50,000 penalties were imposed on jobseekers, more than double the amount recorded six months previously. The harsh penalties involved operate more as a means of control than they do as a means of encouraging “self-reliance”.

Keys added, “This is not a program designed to help people find a job, it’s designed to use people as free labour, under the threat of crippling financial penalties.”

The government also intended to expand the powers of private employment agencies, wanting to give them the capacity to fine jobseekers for not meeting mutual obligations. Thankfully, the legislation did not pass.

Work for the dole programs have provided little help in finding jobs for the unemployed. According to government statistics, nearly 90 per cent of those involved with work for the dole were still jobless up to three months after participation in the program.

Jeff Borland, professor of economics at the Univeristy of Melbourne says, “Participants were less likely to move off payments. Six months after commencing in the work for the dole program, 71.4 per cent of participants were still in receipt of unemployment payments, compared to only 59.1 per cent of non-participants.”

Even the most optimistic reports on work for the dole show that it has little effect on finding employment overall. Yet another program supposedly designed to help the unemployed that simply doesn’t work.

This once again suggests that ideology is at the core of government policy, rather than paying attention to evidence-based outcomes.

On top of this, real concerns for the safety of work for the dole participants have been raised by the Australian Unemployed Workers Union, following the death of 18 year old Josh Park-Fing.

The program has been criticised for not providing WorkCover and adequate health and safety requirements for jobseekers. Owen Bennett, the president of the AUWU, has stated that he had received multiple reports in which the safety of workers had been threatened. He also said that, “workers with chronic injuries had been forced to engage in strenuous work to avoid losing their Centrelink benefits”.

Welfare is supposed to be based on a principle of solidarity. Very few people have a guarantee of life-long employment. Very few have the guarantee of a lifetime of good health. If people find themselves without employment (and as a direct result, lose their access to capital) solidarity dictates that we as a society should take care of them.

You don’t have to starve or be turned out to the streets just because you no longer have a job. This is the principle that the government is consistently attacking by trying to introduce waiting periods and lowering payments, unfairly placing a burden on the youngest of the unemployed, the ones least likely to have access to capital.

It’s time for those on the left to look at the government’s policies towards welfare recipients and call it what it truly is: class war.

Work for the dole, cashless welfare cards and private employment agencies have been introduced in order to control, humiliate and subjugate the unemployed, as well as create a disincentive for precariously employed workers from entering the system.

This, along with the concessions to private capital, paints a clear picture of class warfare being enacted against the unemployed.

For those of us who still believe in the principles of solidarity, we must oppose this frontal assault on unemployed workers, not only to protect them, but also those who find themselves as part of the precariat.

Raising unemployment payments to above the poverty line, creation of meaningful jobs and labour in the public sector and abandoning private sector “solutions” would be a good start to fixing the problems we currently face.

Peter Thrupp is a 27 year old writer, stand-up comedian and musician from Brisbane, Australia. You can follow him on Twitter: @PeterThrupp