Last week, a woman who looks vaguely similar to Pauline Hanson was filmed peeing in the stands at Wednesday night’s State of Origin opener in Sydney*.

Apparently, the woman – who has red hair and was wearing a Maroons jersey… so, you know, Pauline Hanson – was either too lazy to go to the nearby bathroom, too engrossed in the match, or just determined to urinate on semi-sacred NSW soil.

And yet, despite the video going viral, the Sunday Telegraph’s front-page lead over the weekend did not feature the shocking images.

This, of course, is in stark contrast to the Sunday Tele’s infamous March 2009 front page, in which it published naked photos of what it claimed was Pauline Hanson as a young woman, under the ironic headline ‘Pauline Betrayed’. 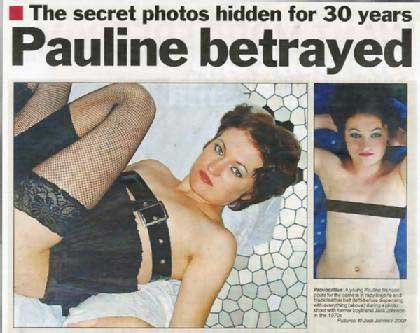 While the actual public interest of the story was never revealed (despite extensive navel-gazing by News Corp executives), at the risk of stating the bleeding obvious… that’s not Pauline Hanson. 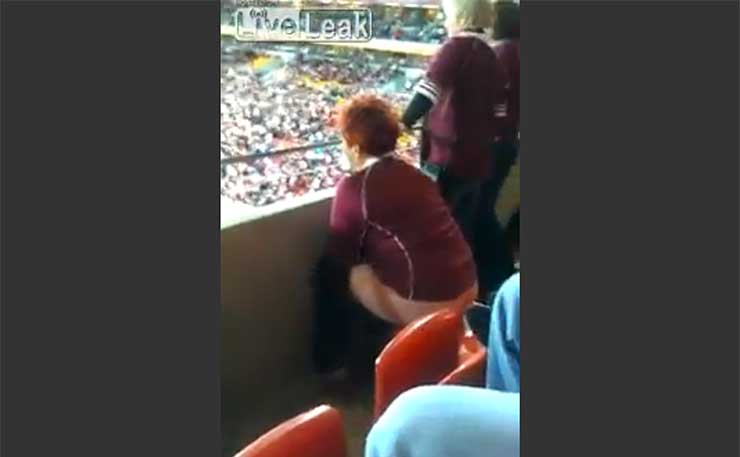 Okay, it’s probably not. In the spirit of the Sunday Tele, we didn’t bother to check.

But in our defence, we’ve resisted linking to the video, because it includes some tight shots, and is pretty gross. However, anyone at News Corp who would like the link is welcome to contact New Matilda, and we’ll point them in the right direction.

In slightly less tasteful news, commentators are tipping Hanson as a reasonable chance to pick up a Senate seat in the July 2 federal election, courtesy of the double dissolution, which means she only needs to win half the number of votes she’d ordinarily need at a general election.

Since losing office (and Liberal Party endorsement) after one term in 1998, Hanson has unsuccessfully contested more elections than Philip Ruddock, Father of the House, has won. Possibly. Again, we didn’t check.

But we’re certain that in several of them, Hanson won just enough votes to secure Australian Electoral Commission funding, but not enough to win a seat.

All that looks set to change on July 2, with Hanson sticking to what she knows best, by campaigning on an anti-immigration and anti-Muslim platform, just like she did the last time she was in office, almost two decades ago.

* NOTE TO READERS: An eagle-eyed reader, who is obviously familiar with the video (how they found it we’ll never know) has pointed out that the video is actually five years old. Which makes it sooooo much worse for the Sunday Telegraph… and is in no way a comment on new Matilda’s research skills.