I suppose it was just a matter of time. Scott Morrison ended his reign of terror as Minister for Immigration and Border Protection in December last year. Though he cannot claim full credit for reinstituting our offshore detention centres – take a bow, Labor – he distinguished himself with his shameless defence of the conditions on Manus Island.

Morrison also used children as bargaining chips to pass a raft of harsh laws: laws which strip asylum seekers of procedural safeguards and basic fairness, to slant the process of applying for asylum against them.

He also pushed through the Code of Behaviour, which enables the government to kick asylum seekers out of the country for the most trivial forms of misbehaviour, such as “continually” irritating someone, or “spreading rumours”.

Scott Morrison was replaced as Minister by Peter Dutton. Dutton has already distinguished himself as the only Coalition frontbencher in 2008 to boycott the apology to the Stolen Generations. He was also voted as the worst Health Minister in 35 years by a poll of about 1,100 doctors (Gillard’s Health Minister Nicola Roxon was second, and Tony Abbott came in third).

Now that Morrison has stepped down, Peter Dutton has been keen to launch his own reign of terror over asylum seekers. One would think there wasn’t much left for him to do, given how harshly we treat asylum seekers already.

Nevertheless, Dutton, along with the bureaucrats who work under him, have come up with a new outrage. It has been given the properly Orwellian name, the Migration Amendment (Maintaining the Good Order of Immigration Detention Facilities) Bill 2015. Maintaining good order sounds nice and benign, right?

Those interested can peruse the Explanatory Memorandum, which is more or less accessible to people without legal training. The basic point of the law is to give Serco guards the right to use force against detainees in detention centres, and particularly to remove any legal liabilities for use of force against asylum seekers.

How does the bill do this? 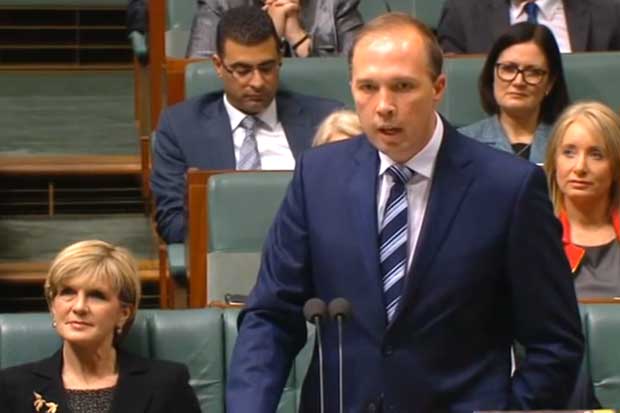 Firstly, to be allowed to use force against detainees in immigration detention centres, you have to be an authorised officer. To be an authorised officer, you have to fulfil the training and qualification requirements of the Minister. These don’t need to be a legislative instrument – the Minister just writes out what he thinks is needed, and that will be enough. So if he thinks a two hour workshop is enough for a Serco guard to know how much force can be used against an asylum seeker – well, that’s consistent with Dutton’s new Bill.

When may force be used? The Bill sets out two primary occasions when force can be used. One is to protect the life, health or safety of any person in a detention centre. Another is to “maintain the good order, peace or security of an immigration detention facility”. Think carefully about what might be included in “good order” or “peace” of a detention centre.

Does a protest disrupt the good order of a detention centre? What if detainees stage a sit-in? What if they chant loudly, at a time when the guards want the centre to be quiet? Good order is essentially a matter determined by the people in charge: the effect of this broad-ranging permission for the use of force is to permit it against those who are judged disobedient or uncooperative.

Australians would naturally never allow force to be used against them, merely on the grounds that they were being uncooperative or creating a nuisance. That is essentially what all protests, and indeed democracy, is about. Handing out leaflets or even a how-to-vote card is a nuisance, and if someone drafted the right kind of rules, this could be judged a threat to “good order” or the “peace” of some place.

And again, it should be stressed that the people being given these broad-ranging powers to use force may have approximately zero training in the use of force.

The authorised officers are permitted under the bill to use “such reasonable force” as they “reasonably” believe necessary to achieve those purposes. This combines a subjective and objective element – what they personally believe with what is reasonable for them to believe.

But if someone has no training, how high can our expectations be of what is reasonable for them? A police officer with 30 years of experience might be expected not to panic in a crisis, to be level-headed, and to exercise restraint in the use of force.

There are some express limits on the use of force against detainees. It can’t be used to force feed anyone, and authorised officers can’t subject detainees to “greater indignity” than the officer reasonably believes is necessary in the circumstances. Note the qualifying term: “greater”. Clearly, subjecting asylum seekers to some indignity is envisaged: the Department of Immigration and Border Protection just wants to limit the indignities visited on asylum seekers to a reasonable amount.

Officers must also abstain from doing anything “likely” to inflict “grievous bodily harm” on detainees, unless that action is necessary to protect life or prevent serious injury. Which is troubling, in that there is no blanket ban on doing anything that may inflict grievous bodily harm – if it’s not considered “likely to do so”, but happens to do so, it will not be captured by this provision.

The point of the bill is to authorise the use of force, and so the particularly ugly parts are in the regulations of complaints. Whilst Constitutional writs to the High Court are allowed, the likelihood of the High Court hearing a case on an assault – let alone hearing a raft of such cases – is remote, in my view. Otherwise, this provision will reign: “No proceedings may be instituted or continued in any court against the Commonwealth in relation to” any uses of force provided for in this Bill, if the officer used that force “in good faith.” This is the kind of clause that makes complaints virtually impossible, because proving someone acts in bad faith is extremely hard: how do you prove what is in a person’s heart? 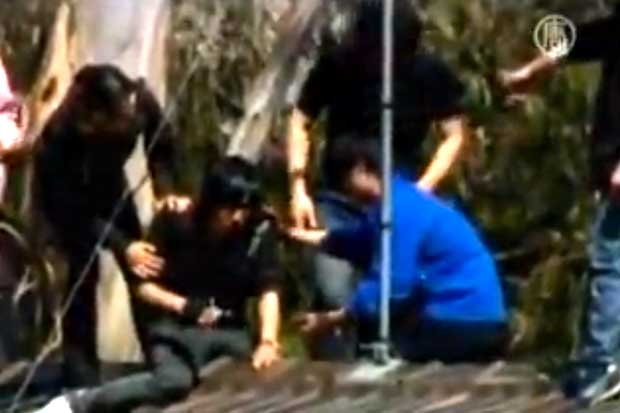 Otherwise, detainees can complain to the Secretary of the Department of Immigration. The Secretary can then conduct whatever type of investigation she or he thinks appropriate. The Secretary might then refer the complaint to the Ombudsman (who has no teeth), or the police. The point is that unless you can somehow prove what a guard using force against you was secretly thinking, your complaints will be funnelled through a non-transparent process, which is whatever the Department of Immigration decides is the best way to investigate itself and the people it pays to lock up asylum seekers.

If you want to have a good idea of what is going to be authorised consider this list in the explanatory memorandum:

“that use of reasonable force or restraint will be used only as a measure of last resort.  Conflict resolution (negotiation and de-escalation) will be required to be considered and used before the use of force, wherever practicable;

reasonable force must only be used for the shortest amount of time possible;

reasonable force must not include cruel, inhuman or degrading treatment;

reasonable force must not be used for the purposes of punishment.”

These provisions are pretty straightforward and obvious. However, the Department did not want guards to be bound by these kinds of provisions, like not engaging in cruel behaviour, or using force for the “shortest amount of time possible”.

So instead of putting this in the Bill, the Explanatory Memorandum explains that the Department will simply make these policies and procedures. Instead of making these legally enforceable requirements, these will serve as the suggested forms of behaviour for guards – if the Department does actually make this its policy and stick with it, as with all policies, they can be changed at a moment’s notice.

It took Dutton a few months. With this new Bill, he has made his mark, and let us all know that business at the Department of Immigration and Border Protection will be continuing as normal. That is, the crusade to make harsher and harsher laws against asylum seekers – beginning with the Gillard government, working through Rudd’s second government and Scott Morrison under Tony Abbott – will continue under Dutton.

Take a deep breath. Scott Morrison might have shuffled off to a different ministry, but clearly not much has changed at the Department of Immigration and Border Protection. And not much will ever change unless and until enough Australians decide that the way we currently treat asylum seekers is unacceptable.