Born in Sydney in 1976, Leslie Rice began tattooing in the early '90s before studying Painting at Sydney's National Art School, graduating with honours in 2006. He won the Doug Moran National portrait prize in 2007 and again in 2012, and has been a finalist in the Archibald Prize and Blake prize numerous times. He now paints, occasionally tattoos, and teaches painting at the NAS. 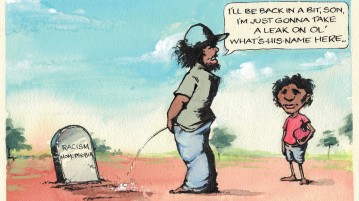