Scott Morrison’s budget gives out a cool $26 billion in tax cuts, writes Ben Eltham. But will the fistfuls of dollars revive the Coalition’s electoral fortunes?

Despite all the numbers presented, budgets are not really about dollars and cents. They’re about policy priorities.

And judging by the details of Budget 2018, the government’s priorities are clear enough: getting re-elected sometime in the next 12 months.

In order to do that, Treasurer Scott Morrison has crafted another clever and calibrated political statement. It provides just enough cover on the fiscal fundamentals to allow Morrison to hand voters fistfuls of money.

Whether that translates to political advantage, however, is still anyone’s guess.

The economic data in Budget Paper 1 paints a very interesting picture. After years of bad news in successive budgets, we’re once again being surprised by unexpected growth.

Time and again over recent years, revenue has failed to live up to expectations, forcing crippling downgrades to the bottom line. Not so this year. A strengthening global economy and extremely healthy employment growth have tipped $20 billion into the forward estimates in just six months. Nominal GDP galloped along at nearly 6 per cent in 2016-17 – a figure none of us thought we’d see again.

And, to give the government its due, spending has been held fairly tight across most government line items (although not in Defence). There is still ongoing austerity in many aspects of the federal government: public servants continue to be retrenched, for instance, and many line departments are having their budgets cut in real terms. This has stored up problems for the future: in universities, in disability services, and in aged care, all of which are clearly underfunded and will require significant funding increases in future years.

As a result, the budget deficit is down to $14 billion this year, and should return to surplus next year. The budget papers say that “the total turnaround in the underlying cash balance between 2013–14 and 2021–22 is projected to be about $65 billion, or about 3.8 per cent of GDP.” Most of this improvement is due to revenue finally returning to levels not seen since the Howard years. This will keep the Murdoch newspapers happy, as well as the financial markets.

The macroeconomic indicators, for whatever they’re worth, are pretty rosy too. The economy is in something of a sweet spot, with robust growth, good business conditions, solid investment outlook, low interest rates and a healthy global marketplace. Growth is rebounding from the sluggish years after the GFC.

Real GDP growth is 2.75 per cent at the moment, and might actually reach the forecast of 3 per cent next year. The real economic story of the last year has been the bullish employment figures, with around 300,000 full-time jobs added since the last budget. This is driving the unemployment rate steadily down.

That’s not to say there aren’t risks on the horizon. Interest rates might start rising again. Household spending might tighten. China might catch a cold, or Donald Trump might spark a trade war. But on all of these, the Treasury is pretty upbeat.

And so Morrison has got what he dearly wanted: a healthy budget outlook, and tax cuts to sell to restless voters.

There is no doubt about the centrepiece of this budget: those tax cuts. They are of course the standout measure, and the one the government is trumpeting in what looks suspiciously like an election-year document.

You probably won’t expect me to write this, but I think the government’s tax cuts for low- and middle-income earners are a good thing. Given how low wage growth is in this country, a modest tax cut for those earning middle incomes should be applauded.

If you earn $50,000 a year, your tax bill will decrease by $530 a year in 2018-19. That will certainly be welcomed. If you’re on this kind of income, you’ll have felt the squeeze of rising house prices and rents, rising energy costs, and the sting of stagnant wage growth.

Morrison used his budget media conference to suggest wage earners use it to pay their registration or a couple of electricity bills. Paying bills can sometimes be a crisis point for ordinary Australians. So, yes, tax cuts to middle Australia are handy relief.

The tax cuts will also be mildly stimulatory to the economy, by injecting a small amount of cash back into household budgets. They will likely be spent, and so will flow through to small businesses like cafes, restaurants and grocers.

But let’s not get too carried away. Tax relief, by definition, comes in small increments to individuals. Many will be less than impressed with $10 a week. We’re already seeing social media arc up about “keeping my ten dollars.” While some will welcome the tax relief, it’s hardly going to put a dent in the affordable housing crisis in Sydney and Melbourne.

But the giveaways really add up when we look at the budget bottom line. The big-ticket tax cuts spelt out in Budget Paper 2 are large hits to the revenue base, and they are hits that keep coming as the years go on.

As foreshadowed, Morrison is abandoning the government’s plan to increase the Medicare Levy from 2 to 2.5 per cent. This measure was meant to help fund the national Disability Insurance Scheme, but with the rivers of gold suddenly flowing into the Treasury coffers, the government is abandoning it. That costs a cool $12.8 billion. 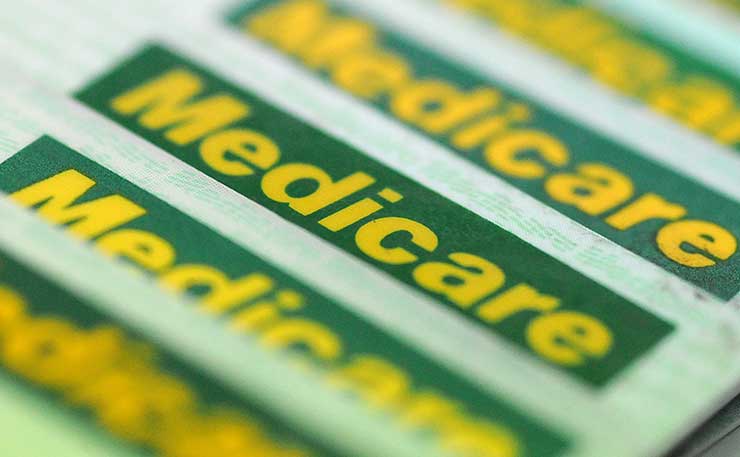 Together, the two big tax giveaways add up to $26.2 billion in foregone revenue over the next four years. That’s an awful lot of schools, roads and hospitals.

Over the long term, the costs are even greater. The government has a seven-year plan to radically flatten Australia’s income tax scales. If it comes to fruition – which is highly unlikely, of course – then it will eventually mean that people earning $41,000 a year will pay the same rate of tax as those earning $200,000 a year.

The implications of this flat tax scheme are staggering. It is radically unequal, in the most obvious way. The flatter the tax system, the more unequal it is, because those earning lots of money can pay tax much more easily than those earning little. Australia is already a low tax country with worsening inequality. Morrison’s flattened tax scheme would make things much, much worse.

The revenue implications are even bigger: close to $14 billion over the forward estimates, and conservatively more than $20 billion out to 2025-26. It’s ironic that Peter Costello has piped up in criticism of the government in recent days. Morrison has taken a leaf out of Costello’s book with these cuts, by baking in long term revenue reductions based on the good news of the moment. Indeed, Morrison’s plan is even more unsustainable than Costello’s: at least Costello was Treasurer in a boom. Morrison has barely enjoyed 6 months of economic sunshine, and already he is taking his finger out of the dyke.

It’s a measure of the skewed playing field of Australian politics that Morrison’s budget will be probably seen as a largely successful exercise in political management, rather than the profligate spending spree that it actually is. For reasons of ideology rather than accounting, tax cuts are not seen as spending measures, even though they have the same effect.

And that’s before we get into the missed opportunities, like reforming negative gearing and capital gains tax, or lifting the miserly rate of Newstart to something approaching a liveable stipend.

But this budget should be well received by the crucial constituency that the government needed to placate: the Liberal base. The Treasurer can count on a friendly reception for the tax cuts in much of the media: tax cuts, even modest ones, are something that everyone can get behind. And by giving away money across the tax scale, it gives a fillip to battlers and millionaires alike.

Whether it will mean much in political terms is another matter. Voters have a way of remembering budget decisions that hurt them, but forgetting about hand-outs that favour.

In fact, budgets are rarely what they’re cracked up to be in political terms (2014 was an exception to this rule, but for all the wrong reasons). Wayne Swan turned in a series of solid, technically proficient budgets that brought Labor no joy in the opinion polls. Similarly, Morrison’s budget of last year was favourably covered at the time, but had negligible impact on the Coalition’s standing in the electorate.

Will this year’s budget be any different? Probably not.

Morrison has once again shown he is the government’s most canny political tactician. But the Coalition will need more than just clever tactics if it is to turn its electoral fortunes around.