University students and protesters are leading simultaneous occupations of the Department of Immigration and Border Protection offices in Canberra and Sydney this morning.

A short time ago, dozens of protestors occupied the DIBP offices in Braddon (ACT) and Haymarket (NSW) demanding the immediate evacuation of Manus Island refugees to Australia.

Greens Senator Lee Rhiannon has joined the protests in Sydney.

“I’m joining this peaceful protest today because enough is enough. We cannot continue to stand by as these atrocious human rights abuses are perpetrated in our name. The Australian Government has a duty to ensure the safety and human rights of the people it has kept locked up on Manus Island for up to four years now,” Senator Rhiannon said in a written statement issued a short time ago.

“I’ve long been a supporter of using peaceful means to protest injustice, and that’s what today’s protests represent. Refugees on Manus Island have for years been engaging in peaceful protest against the injustice of their treatment, and today’s simultaneous actions in Sydney and Canberra, as well as Tuesday’s occupation in Newcastle, aim to amplify their voices and call for their safe evacuation to Australia.”

Protesters are demanding that the Australian government urgently evacuates the refugees and asylum seekers they sent to Manus Island, and brings them to Australia immediately, where their safety can be guaranteed.

The occupations come in response to escalations on the island. Conditions have steadily worsened as the government gradually removes services, including the ability for refugees to contact relatives, exercise facilities, trauma and counselling services. The latest removal of water, food, and power has pushed refugees to dig their own wells.

Spokesperson for the protests Daniel Cotton said the situation on Manus island has reached crisis point.

“Water, food and power are being cut off to hundreds of people. Looming over the camps is the threat of a take-over by PNG paramilitary groups infamous for violence and human rights abuses,” Mr Cotton said in a written statement.

“There is only one solution to this crisis: refugees must be brought to safety in Australia immediately. The fanciful suggestions of third country resettlement have fallen through. The disgraceful proposal that refugees be sent to another gulag on Nauru have been rejected. And refugees are refusing removal to danger elsewhere on Manus Island. Manus is not safe and not equipped to provide support for these refugees. The men on Manus could be brought to Australia with as little effort as a single phone call by Peter Dutton.”

Spokesperson Con Karavias said “There’s no safety for these refugees, and no plan that will allow them to rebuild their lives after up to four years of misery in detention. There hasn’t even been confirmation from the PNG Government that these refugees will be allowed to work and freely move around the country. They are being shifted from one prison to another in a crude attempt on the part of the Australian Government to skirt around its humanitarian obligations and around the ruling that the Manus Island Detention Centre constituted a human rights violation.” 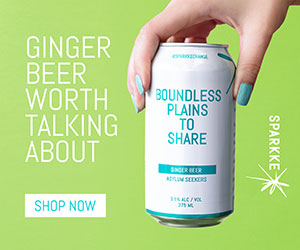 “The Australian Government must take responsibility for the people it has held locked up in detention for years on end. The refugees on Manus Island must be evacuated immediately from the danger and uncertainty they are facing, and brought to Australia where they can live and work in the Australian community” said spokesperson Vanamali Hermans.

The protesters say they plan to remain inside the Department of Immigration and Border Protection offices in Canberra and Sydney until they receive a statement from Immigration Minister Peter Dutton that confirming a plan to ensure the safe evacuation of the 600 refugees currently facing humanitarian crisis on Manus Island to Australia.

Refugee Behrouz Boochani, currently on Manus Island, on Tuesday stated to the ABC, “The police already, they beat some of the refugees and the local people. They attacked the refugees and rob them. This place is not a safe place”. The shootings on Good Friday are clear evidence of the hostility of PNG Navy and Defense forces against refugees.