Raise your kids or smash gender roles? Challenges notwithstanding, there’s no reason you can’t do both, writes Nelly Thomas.

I was recently asked to appear on a panel about feminist parenting. I have written previously about being a feminist who also parents, but they’re not quite the same thing. The latter is generally about equal division of labour (whether in theory or practice) and concerns the needs and wants of the adults involved: who is doing what, how much, is it fair?

By contrast – though they’re related – feminist parenting is about the kids. It is about consciously parenting them to learn feminist principles. For me, at its most basic, these include the ideas that boys and girls are equal and that rigid gender roles are shithouse.

At this point, can I take a brief aside and say there’s been a lot of hoo-ha about feminism in New Matilda lately. In short, Claire Connelly’s piece sent NM into meltdown and Lissa Johnson’s defence of Claire’s piece also went viral. I missed all this because I’m not on Facebook, but had I known, I would have immediately jumped to New Matilda’s defence.

I had a number of problems with Claire’s piece, but it also gave me food for thought. I am a friend and admirer of Clementine Ford and some of the other women Claire took exception to. I adore them and their work most of the time. I still think Chris Graham had every right to publish Claire’s piece and indeed, I think he should have.

I am a feminist.
I write for @newmatilda.
I stand by Chris Graham.
I am happy to debate anyone, any time about it.https://t.co/8BbMZMtCx9

Back to feminist parenting.

For me, the most deliberate act of feminist parenting is challenging rigid gender roles. We know that such roles are limiting for all genders and that they shape humans in ways that are destructive to themselves and others. New Matilda readers don’t need to be reminded that everything from the marketing of kids’ toys to the language used by care-givers, to representations of male and female athletes all contribute to rigid gender roles.

These roles tell girls to be looked at (she’s pretty, beautiful, dainty), to be compliant (she’s nice, sweet, gentle) and to be submissive to the needs of others (princesses, mummies). They value girls who look “like girls”, put others first and present girls and women as fragile – both physically and emotionally.

If you think this stuff has passed, ask a friend with a little girl for their last five birthday invitations. 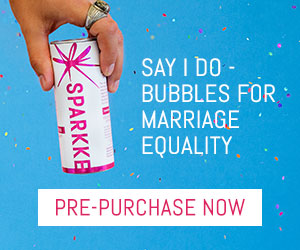 Similarly, rigid gender roles are bad for boys. They tell them to be aggressive and put themselves in harm’s way (super heroes, princes, action figures, some sportsmen), to have little or no right to an emotional life (man up, you’ll be right, you’re tough as nails) and to feel entitled to power (saving the world, saving their sister, holding powerful jobs and roles).

This teaches little boys that they are owed power and if they don’t want or need it, there’s something wrong with them. It also tells them that if they feel weak, sad or out of control – you know, human – they have failed.

The leading contributor to ill health and premature death for women in Australia is family violence and we now know for sure, that violence against women is driven by rigid gender roles.

And for all the resistance to this idea, and all the research by independent and smart people, isn’t it just common sense?

Family violence is the extreme end of “man in charge, woman do what she’s told”. Again, if you doubt this is relevant to modern times consider that the VicHealth national Community Attitudes towards violence against women survey found that one in five (22%) young people agree that men should take control in relationships and more than a quarter believe men make better political leaders.

Well into the 21st century, lots of young people in Australia still think men are owed power and control.

Rigid gender roles are bad for men too. According to the Australian Bureau of Statistics, in 2015 there were 8.3 deaths by suicide in Australia each day. Over three quarters of those were men. Add male-on-male on violence (including the “one-Punch” phenomenon we hear so much about) and I don’t think it’s a stretch to say our society’s construction of masculinity is toxic and literally killing us. To put it bluntly, a lot of men are hurting women and themselves.

So, how do we do it differently?

How do we let kids be themselves – fully human – and not box them into two limiting and destructive roles?

How do we feminist parent?

First off, it doesn’t mean never having a fairy party or banning pillow fights. That’s a caricature of what it means to be feminist. Everyone will have a different view on where to draw the line, but I say almost everything in moderation and with critique and discussion.

I have two girls and one of them fits quite neatly into the stereotypical girly girl category. She loves pink and ponies and Barbies. We tried to ban Barbies but it didn’t work – they’re like cockroaches, you just can’t keep them out of the house. And besides, it became clear being told Barbie is “bad” hurt her feelings. When a kid is told their thing is “wrong” many hear “what I like is bad” and that’s no good for anyone. In the end we compromised and said, “okay, you can have a Barbie, but she has to have a job”. We now live with about 18 Barbies, but they’re all gainfully employed.

Our other girl does not fit neatly into the girl category and has a hard time of it. Yes, in 2017. She is four-years-old and describes the gender “teasing” she gets – from kids and adults – as “being tooken hard on”. We describe it as bullying. We deliberately encourage her to be herself and make sure she’s surrounded by allies and supporters who love her the way she is.

When a hairdresser refused to cut her hair short (true story) I told the hairdresser off (you better believe I did), we found another hairdresser who was great and then quietly asked friends and family to tell our daughter how awesome her new hair cut was. Her teachers did the same. (Being a comedian, I also wrote her a book about boys and girls being themselves – at the publisher now, watch this space).

My partner and I both rough-house with the girls.

I don’t like to move – in general – but I get on the floor and wrestle the girls. We encourage them to jump on a trampoline with no net and ride a bike without trainer wheels. I bloody hate sport, but even I followed the women’s AFL and made sure the girls saw pictures of all the women – those with pony tails as well as crew-cuts; those in dresses and those wearing suits to the Brownlow. We deliberately make sure the girls know their bodies are strong.

We also talk about bodies. I don’t hide the fact that I menstruate – I’m not running around with a sign on my forehead – but tampons and the like are on display in the bathroom and if I have cramps I tell the family why.

The kids use words like “vagina” and “penis” and like most kids, think the funniest thing in the world is someone being kicked in either. They know women of all shapes and sizes and we never, ever talk about weight or dieting in front of them. This is a conscious and deliberate attempt to provide a space where they are not defined by those things; lord knows they will be elsewhere.

With my nephew and other boys in my life, I make sure I ask them about their feelings.

If they indicate – for whatever reason – that boys aren’t allowed to cry, feel sad or get things wrong, I tell them they are in our house, that we welcome it. My partner deliberately talks about his feelings in front of them and consciously displays vulnerability. They know they don’t have to be tough at our place. They can relax. They are also showered with physical affection and closeness, with touch.

We aim to be good role models – which is fraught.

I’ll tell you right now that we fail much of the time. We try, but I must confess that I do the majority of the domestic and care-giving duties in our house. There’s lots of reasons for this – aren’t there always – but suffice to say we’re not alone. It pains me to admit that two Gender-Studies trained communista-feministas haven’t achieved gender equality, but I think it’s important to be honest – equal parenting can be another form of yummy mummy competitive bullshit.

We do our best to make sure the kids see their dad cook, clean and parent. They also see their mum achieve, lead, question and take up public space (a lot in my case!). If I’m at school assembly and I have a question, I put my hand up and ask in front of everyone. If the kids are sick, my partner has time off work. We’re not 50-50, but we try.

We don’t have it all right and I don’t know anyone who does.

Again, feminists are human. Humans are not perfect.

Finally, we make sure the kids hear, see, know about and discuss diversity.

We do not assume all families have a mum and a dad or that everyone fits into two roles. We don’t make a big deal about these things, we just consciously adjust our language and make sure our household is welcoming to all. When there are “learning opportunities” (awful but apt expression) we take them. My little one was laughing the other day about the idea that a woman could be hairy. I reminded her of the woman we met while trick or treating (don’t ask) who had a beard. She recalled that the bearded lady gave her the most lollies.

I’m like a little Bowerbird – always collecting these disruptive gender-bending examples and putting them in my nest for later. It could be David Bowie, it could be Casey Dellacqua – who cares – it’s about kids deliberately being exposed to people who have the guts be themselves.

Feminist parenting can be hard.

You come up against a lot of opposition.

That may be in the form of older generations telling you you’re wackadoodle (because the good old days were so good for women), your kids’ personalities not fitting your principles (ever seen a boy make a gun out of a carrot?) and, you know, the world.

But one thing we know for sure is that the most powerful ideologies are unconscious. Just because this gendered boxing in of kids is usually not deliberate or malicious, doesn’t mean it isn’t real and having terrible consequences.

To this end, the feminist parent is no different to the feminist in general: conscious, disruptive and sometimes disagreeable.

I can do that.

Nelly Thomas has been described as one of Australia’s most natural comedians. An award-winning performer, she was listed as one of Australia’s “most innovative thinkers” in The Age Newspaper’s, The Zone and was featured on the ABC’s Big Ideas: The Smartest Stuff on TV, Radio and Online. Nelly is a regular guest on ABC Radio and writes extensively in the print and online media. In 2012 she published her first book. Nelly has performed in over sixteen festivals and directed shows by the likes of Maria Bamford and Stella Young. She’s also grown two humans of her own.