Okay, so this is getting a little complicated.

By way of background, a year ago today, we published a story about the shaming of women – particularly Aboriginal women – on social media, written by prominent Arrernte writer, feminist, and unionist Celeste Liddle. The feature image on that story was of two Aboriginal women performing ceremony in Central Australia. And here it is again.

It was deemed by Facebook to have breached community standards. Meanwhile, these two images – published on other media sites at the same time – were not deemed to breach those same standards. 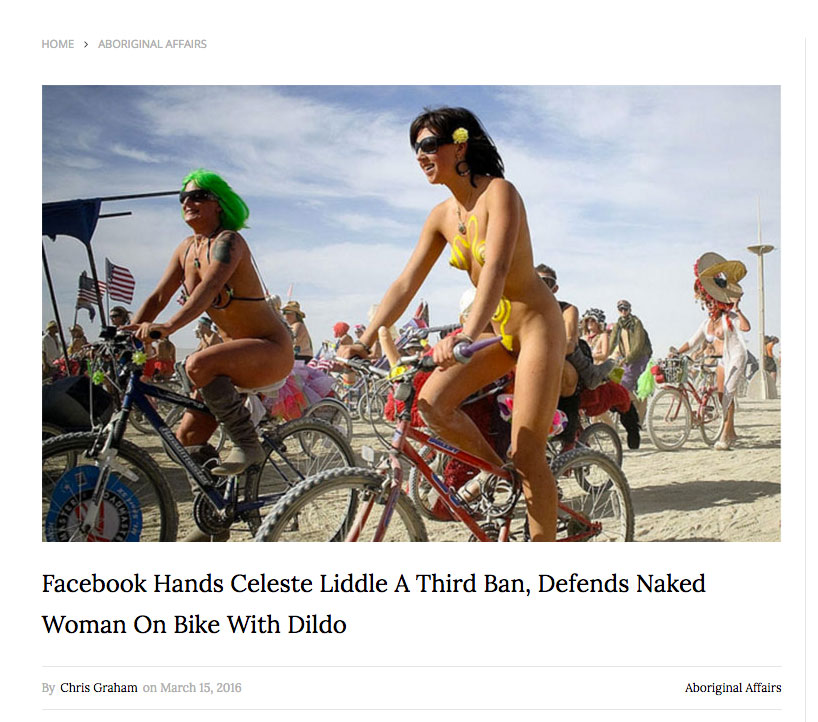 As a result, Facebook banned me, New Matilda, numerous New Matilda readers, and the author of the story, Celeste Liddle… who was banned a total of seven times, spanning one month.

This morning, Facebook invited me to ‘share a memory’ from a year ago… namely, the story for which we all got banned in 2016.

So, of course, I did. And I wrote a story about how ridiculous it all is.

I lasted less than an hour. Facebook has banned me once again, this time for sharing the story that they invited me to share.

We’ll keep you posted on who else gets banned… because our latest story had already been shared dozens of times, including by, you guessed it, Celeste Liddle, Facebook’s Public Enemy Number 1.