In November 2014, the Speaker of the Australian House of Representatives, Bronwyn Bishop, chartered a helicopter at public expense to take her to a Liberal Party function at a golf course. When the expenditure came to light, Ms Bishop defended herself by saying the travel was “within entitlements and in accordance with parliamentary guidelines”.

After several weeks of pressure from the media and the Opposition, Ms Bishop eventually stepped down from her position, but not before others were caught up in the affair. Labor’s Tony Burke was revealed to have taken his family with him to Uluru at taxpayer’s expense. Mr Burke again cited the rules governing parliamentary travel, saying: “There is no allegation that I have broken any of the rules at any point.”

Christopher Pyne was similarly found to have charged to the taxpayer airfares and other costs for his family to travel to Sydney on Christmas Day 2009, returning home to Adelaide on New Year’s Day. Mr Pyne said, “If they are coming to join me doing my job, then that’s within the rules.”

In response to ‘Choppergate’, Tony Abbott, as the Prime Minister at the time, announced a “root and branch review” of the parliamentary entitlements system.

But asking whether these and other expense claims were within or outside the rules, or whether the rules themselves needed tinkering with, is beside the point. Shouldn’t we expect more from our politicians than simply an ability to follow rules? After all, they hold their positions because they have been able to convince us at election-time that they are capable of making better decisions than their political rivals, especially decisions about how to spend public money.

The real question for these politicians should therefore not be whether the expenses were in strict accordance with the rules but, rather, “In your judgement, were those expenses a wise use of public money?“

IN March 2012, a Brazilian student in Sydney named Roberto Laudisio-Curti died after he had been pursued by police and subjected to multiple stun gun (“Taser”) shocks. Several of these shocks were administered after he had already been pinned to the ground and restrained with handcuffs by 11 officers. The Coroner’s report describes some of the constables as having behaved “with an ungoverned pack mentality, like the schoolboys in ‘Lord of the Flies’”.

In the report, the Coroner found that, of the eleven officers involved, only one showed any concern for the welfare of Laudisio-Curti. The report recommended a review of the NSW Police standard operating procedures (SOPs) and training relating to the use of stun guns, and capsicum spray. In mid-2013, the NSW Police duly published their revised SOPs for the use of “Conducted Electrical Weapons”. 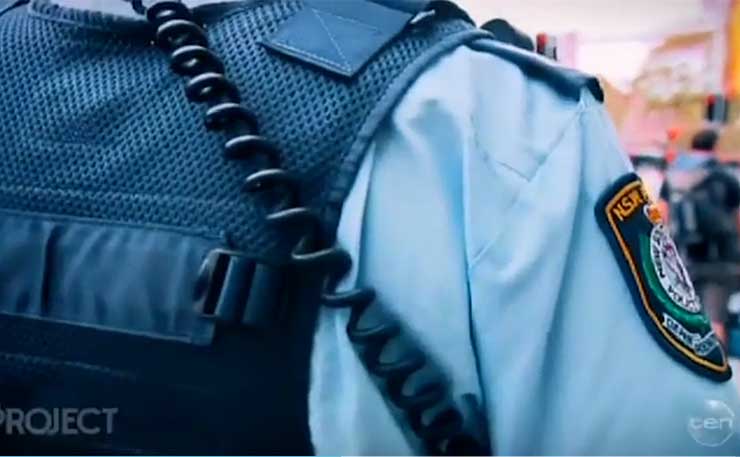 Four officers were charged over the incident but only one was found guilty and, even then, the magistrate decided not to record a criminal conviction.

One day in November 2004, a post-graduate student from India named Prashant Cherkupalli worked for a few hours at a branch of the Michel’s Patisserie franchise in a suburb of Sydney. He was apparently filling in for a friend. However, Mr Cherkupalli’s student visa had expired and, while he was waiting for a new visa, he was on a bridging visa that did not allow him to work.

Mr Cherkupalli subsequently took a complaint to the Australian Human Rights Commission (AHRC). The AHRC found that Australian authorities had indeed breached his fundamental human rights, specifically the right not to be subject to arbitrary detention which is protected under the International Covenant on Civil and Political Rights.

The AHRC recommended that the Commonwealth pay financial compensation to Mr Cherkupalli in the amount of roughly three-quarters of a million dollars. It also made recommendations on the procedures that should be followed in managing detainees in immigration facilities and it recommended that immigration staff receive training in “the importance of protecting the right to liberty”.

Americans hold the right to liberty to be a self-evident truth. But it seems our officials require training before they can grasp this concept. What is most shocking about the Cherkupalli case, however, is not that officials may have been poorly trained or that a book of procedures may have been missing a detail here or there. What is most frightening is that for 17 months, not one official seems to have been inclined to point out that the man’s penalty for working a few hours in a bakery was over the top. Not one, it seems, asked themselves the question, “How would I feel if it was myself or my son or brother treated this way for a minor breach?”

And if an official did raise a concern, it seems that no-one in a position of authority saw any point in using their initiative to depart from the rule-book in order to “do the right thing”, as Australians like to think we always strive to do.

IN August 2014, Cardinal George Pell told the Royal Commission investigating the response of institutions to sexual abuse of children that he believed the Catholic Church was no more legally responsible for priests who abuse children than a trucking company that employs a driver who molests a hitch-hiker.

It seems from his testimony that Cardinal Pell had not considered that the role of the Catholic Church and the authority of its leadership and the position of trust that its priests hold in the community might impose certain additional responsibilities than those of a trucking company.

No doubt, Cardinal Pell had received legal advice that his position was legally defensible. But this is precisely the point: outsourcing our responsibility as human beings, our common sense and our judgement to lawyers, to tax advisers and to manuals of procedures leads to horrendous outcomes.

Indeed, as anyone will tell you who has put up a warning sign near a hazard, such measures are not even intended to produce good results so much as they are about limiting legal liability.

Slavish adherence to rules and “standard operating procedures” has emerged from the discipline of industrial management theory. According to this theory, a production line operates most efficiently when all the workers have precisely defined roles and carry them out in a sequence of precisely defined steps. A certain number of errors is acceptable so long as the percentage of errors remains within pre-set limits and the functioning of the production line as a whole is predictable.

The methods of industrial management theory were hugely influential and led to great advances in the efficiency of car manufacturing, food processing, transport and distribution and just about every other field.

But we take a great risk when we apply the same doctrine in other fields, particularly where we’re dealing with complex and unpredictable situations – situations where repeating the same actions won’t always produce the same results.

Indeed, constant emphasis on the rules trains us to disregard the consequences and we stifle that inner voice of conscience. We become like that most dangerous of all drivers on the road – the one who insists his only obligation is to follow the road-rules regardless of the carnage he produces all around him.

Politicians who recklessly spend public money, public officials who lock away young men for months at a time, police officers who inflict harsh “justice”, mega-banks that push large debts onto “sub-prime” borrowers, church leaders who move abusive priests from parish to parish – all claim to have followed the rules. We need to demand more of them.

IN 2015, I put some questions to the Australian Public Service Commission (APSC) about what, if any, role they saw for themselves in relation to the detention of children in Australia’s offshore immigration detention facilities, such as the one in Nauru.

I asked them whether, given the APSC’s role in overseeing the standards and integrity of the public service, they had any concerns or misgivings about the involvement of public officials in the operation of these facilities.

I pointed to the abundance of expert opinion on the physical and psychological trauma being endured by detainees, including children, and on the incompatibility of Australia’s actions with international law and our own treaty obligations, not to mention calls by the Australian Human Rights Commission for a Royal Commission.

The APSC replied that they did not see any role for themselves in relation to these matters. The public service’s role was to serve the government of the day and implement its policies. Any public servant with concerns about the policy or its implementation could request to be transferred to another area or, failing that, resign.

I asked whether the APSC could ever envision any circumstances where they might take a stand against implementing a government’s policy. The reply was again that was not their role.

Thus, no matter what policies a future government might come up with, we cannot look to the public service, as an institution, to exercise any judgement or moral leadership.

Despite all our public apologies and hand-wringing, a government could again, for example, come up with a policy to remove Aboriginal children from their parents and the public service would dutifully go along with that.

At least the APSC replied to me. I put similar questions to the Commonwealth Public Sector Union (CPSU). I asked whether, in light of the AHRC’s call for a Royal Commission, they intended to issue any advice to their members about the ethics and legal implications of their implementation of the offshore detention system.

I invoked the spirit of Jack Mundey, under whose leadership the Builders’ Labourers Federation refused to participate in the destruction of heritage buildings in Sydney. If Mundey is today celebrated for making a stand against something he thought was wrong, might the CPSU consider similar action in relation to offshore detention?

I received no reply. Perhaps in our era where rules and standard operating procedures have replaced initiative and common decency, the possibility of another Jack Mundey is inconceivable.

I am not arguing that we should dispense with rulebooks. Rules, guidelines, standard operating procedures – call them what you will – are all useful tools, and in most circumstances they serve us well. At least most of the time.

But human beings are not automatons that can be programmed to blindly follow algorithms. We are possessed of judgement and common sense and, if we don’t use them, young men lose months of their lives for working a few hours in a bakery or are brutalised at the hands of our police and die on our streets, politicians forget why they are in politics and instead enrich themselves at the taxpayer’s expense.

And some of the world’s poorest and most vulnerable children lose their one and only chance at a happy childhood, detained in an immigration facility on an island in the Pacific so small that it could fit comfortably within Sydney Harbour.

To their credit, the “root and branch” review commissioned by Mr Abbott made exactly this point. Missed in the media’s commentary on the review was a very important statement of principle: that the system relies to a very large extent on the “judgement, choice and personal responsibility” of the individual parliamentarian.

Did our politicians take much notice of this advice? If so, it is hard to see that much has changed since.

In May 2016, Labor Party front-bencher David Feeney was shown to have claimed travel allowance during Parliamentary sitting weeks while staying in a unit owned by his wife.

When challenged about the appropriateness of billing the taxpayer to the tune of $270 a night, how did Mr Feeney respond?

“All travel entitlements have been claimed in accordance with the rules and regulations that govern the system.”