The politics of Islamophobia manifests in obscenities scrawled on mosque walls and the violence now faced by those who wish to practice the religion, writes Michael Brull.

On Tuesday night, a parked car was set on fire outside Thornlie Mosque in Perth. On a nearby wall, the words “FUCK ISLAM” had been painted. No one was harmed in the explosion. In May this year, Geelong’s only mosque was destroyed in a “suspicious” fire. In December last year, a pig’s head was left in a toilet next to a Muslim prayer room on the campus of the University of Western Australia.

In November 2015, the handwritten message “BURN IN HELL” was taped to the door of a Newcastle mosque. Lucy Carter reported that “The Gallipoli Mosque in Auburn in Sydney’s west said it has had an increase in hate messages and phone calls.” Also in November 2015, there was an attack on a proposed Gold Coast mosque site. Greg Stoltz reported that “the Currumbin mosque site was pelted with rocks, leaving windows and doors smashed. Toy pigs daubed with offensive slogans were thrown inside.” This was a few weeks before a court hearing on the issue, where anti-Muslim groups were trying to prevent the erection of the mosque. Anti-Islamic groups were reportedly “celebrating” the attack, with Facebook comments laughing at and applauding it. In January 2015, there was a “suspicious” fire at Toowoomba’s first and only mosque. Police say someone forced entry into a building next to the main mosque, lit a fire in a plastic bin, and deliberately turned on the gas stove, “but the leaking gas failed to ignite”. CCTV cameras were broken, along with some windows. There was little damage on that occasion. However, in April that year, there was another attack on the mosque, which was far more successful. Islamic Council of Queensland spokesperson Ali Kadri observed that it destroyed about 80 per cent of the mosque. He said “The carpets are burned down, the walls are burned down, the office of the Imam is completely burned down and all the glasses have been shattered.” In November 2014, a mutilated pig was thrown at another mosque, the Masjid Ibrahim, also in Perth. Ebony Bowden reported that there had been “three separate attacks on mosques in Perth in the past month.”

In November 2014, on two separate occasions pig’s heads were thrown at a mosque in Newcastle. Also in November in Newcastle, Bangladeshi medical researcher Dr Iqbal Kabir was “was grabbed by the hair and punched in the head when he was confronted outside the mosque as he left prayer”. He was assaulted in front of two crying children. Dr Kabir said “the man came towards me and shouted [about]what I [was]doing here. He said ‘you immigrant, f—ing bastard, why are you here, I’m an Australian, this is my country, you go back where you came from’.’’ The Logan mosque at Kingston has been subjected to four hate attacks, including two over the weekend. On Sunday morning, about 50 anti-Muslim pamphlets were dumped in the grounds, sparking a police investigation. The material featured racist taunts like “Terrorists born in Australia are not Australians – they are Muslims” and “Muslims are not welcome in Australia, go back to where you came from”. In recent months, the bodies of two pigs were left at the mosque on separate occasions. A pig’s head embedded with a cross was recently dumped at the Holland Park mosque.

Also in September, “A Gold Coast City councillor says she’s been threatened with gang rape and death over a proposed mosque”.

In January 2013, suspicious fires were lit at the front and back of a mosque in Whyalla in South Australia. The damage was bad enough to force Muslims to pray outside, in sweltering heat over 40 degrees Celsius. 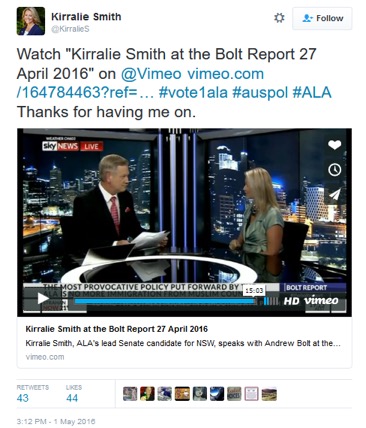 In January 2012, two men were caught on CCTV trying to break into a mosque. As reported by Janek Speight, “One man, with a large tattoo of a cross on his neck, kicks through the fence gate and hurls an object at the mosque’s front door. Then he runs and smashes a flying kick into the door. More objects are thrown at the building and one of the men is seen to shout what appears to be abuse.” Speight reported that there had been an increase in incidents at the mosque in the previous three months: “Garbage had been thrown across the mosque’s front lawn and the fence had been broken down on another occasion. In April, an envelope containing photographs of three slaughtered pigs was left at the mosque’s doorstep. The pigs had been half-buried on land where a new mosque was to be built.” “Srebrenica’’ had been sprayed in graffiti on a car parked outside a mosque. As thousands of Muslims were massacred at Srebrenica, this was presumably intended as a threat. That’s a selection of incidents that made the news. Many threats and instances of abuse do not. The places Sydney Muslims were most likely to experience racism “Very often or often” was at work or seeking employment, in dealings with the police, and on the internet.

Worth underlining in particular is this finding: 78.8 per cent strongly agreed or agreed that “The Australian media’s portrayal of Muslims is unfair”.

Weird. Why are Muslims so paranoid? Everyone knows our spineless PC media is too scared to ever criticise Islam or Muslims, let alone finally allow some free discussion of how evil Islam is. Luckily, we have a responsible media which would never think of giving major platforms to anti-Islam and anti-Muslim hatemongers.

For those still wondering how to vote in this election, Andrew Bolt and Tim Blair have both promoted a column in the Spectator which urges pro-Abbott Liberal voters to include among their preferences the Australian Liberty Alliance.

Some cynics have suggested that politicians are cynically exploiting communal suspicion of Muslims for political gain. Maybe if they come up with some real evidence we can take their conspiracy theories a little more seriously.