Of all the minor party candidates competing in this year’s federal election, none seem to have enjoyed quite as much good fortune as Derryn Hinch.

Not only has his Justice Party received high preferences from both major parties, they have also drawn the historically advantageous first position on the upper house ballot in Victoria. Given his high public profile and populist political platform, it seems like it will practically require a miracle for him not to win a seat.

Confronted with a swathe of far-right minor parties (not to mention far-right Coalition senators), progressives may not see Hinch’s entry into politics as immediate cause for alarm. On the surface, many of his policies seem vaguely centre-left: he supports same-sex marriage and euthanasia, supports animal rights and is seeking further action on domestic violence.

These, however, appear to be mostly fringe issues for the Justice Party. As their name indicates, their primary aim is to push for criminal law reform. Alongside calls for harsher bail and parole restrictions, the group’s signature policy – and the one that seems to have prompted Hinch’s entry into politics – is the establishment of a public database of sex offenders.

It will surprise few that Hinch has made this his party’s raison d’etre. The right to “name and shame” offenders, as he would put it, is an issue he has campaigned on for three decades, to the extent of serving two jail sentences for revealing details about defendants under suppression orders. 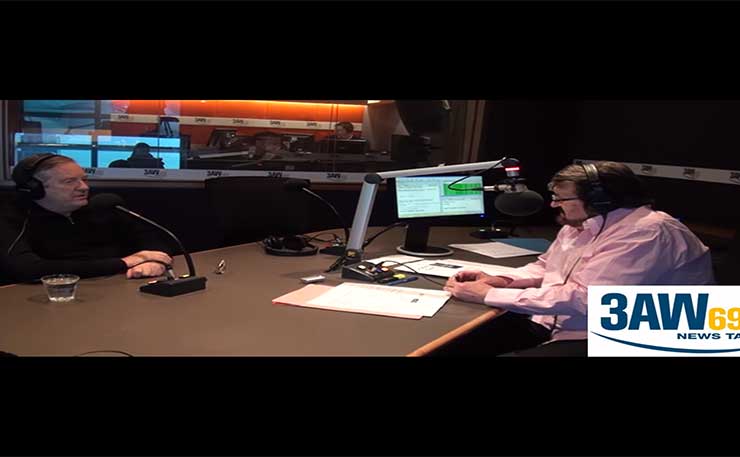 The establishment of a public sex offender registry would, therefore, be the natural culmination of his activism.

Make no mistake: if Hinch is elected to the crossbench, and the incoming government requires his vote to pass legislation, this will be his first order of business.

Given what would be at stake for them, it is difficult to imagine either major party feeling overly enthusiastic about being seen to support the rights of rapists and child molesters.

There’s a real chance, then, that Hinch could get what he wants – and that is a matter of serious concern for progressives. To understand why, we need to examine the broader topic of criminal justice and the place it has traditionally held within left politics.

Late last year, British columnist Jonathan Freedland suggested in The Guardian that left-wing political parties such as Jeremy Corbyn’s Labour Party inject a small dose of right-wing populism into their platforms so as to better appeal to the voting public.

To Freedland, the most dispensable aspect of the left social project is its concern for criminals, and approvingly cites examples of “progressive” politicians calling for castration and vigilante killings. With his liberal social positions adorning his central criminal justice planks, Hinch has effectively reversed that formula.

Freedland, by the way, conveniently neglects to mention the supposedly progressive Clinton administration’s “tough on crime” concessions that have devastated black communities and seen rates of African-American incarceration skyrocket since the 1990s.

Even as far back as 17th century Europe, the question of how criminals ought to be treated was a live question for reformers. At that time, torture had been a near-ubiquitous feature of the criminal justice system, both as a means of extracting confessions and punishing the convicted.

It was not in any way taken for granted that criminals should be treated with restraint or humanity. That was a paradigm that had to be fought for.

Over the centuries, justice systems in developed countries have gradually moved away from overt physical brutality; a process accelerated by the various international conventions on human rights that emerged in the aftermath of the Second World War.

Concern for prisoners’ psychological welfare has increased, too, with evidence about the damage wrought by jails leading to an increase in community service orders and suspended sentences.

This kind of progress is not always easy to argue for. A criminal, by definition, is nearly always someone who has infringed on the rights of another person; in the case of sexual and other violent offenders, they have done so gravely and often irreparably.

It is thus perfectly understandable that much more community sympathy is reserved for victims than assailants.

This is a sentiment, however, that has been routinely exploited by right-wing state governments in Australia, who have won countless elections promising mandatory sentencing, tougher bail conditions and greater police powers.

Needless to say, a more moderate approach to criminal justice is somewhat less of a proven vote winner.

Traditionally, it has been left to progressives to resist authoritarian overreach on criminal justice. So, why do we care?

The answer is twofold: firstly, because criminals’ rights matter; secondly, because authoritarian approaches to crime are often counterproductive and make society a more dangerous place.

The concept that criminal justice has long been a tool of punishing the already disadvantaged is hardly a new one. In the US, for instance, it has manifested most visibly in astonishingly high levels of incarceration of African-American men.

Here in Australia, the statistics are no less damning: an Indigenous person is no less than 15 times more likely to be imprisoned than a non-Indigenous person. Just as damningly, 40 per cent of prisoners in Australia suffer from mental illness, maladies that are often exacerbated by violent and dysfunctional prison environments.

Overall, the link between socioeconomic disadvantage and crime rates is a well-established phenomenon. Sexual and other violent crimes are no exception.

Those of us who are concerned with righting disadvantage, can, therefore, scarcely afford to avoid issues surrounding criminal justice.

But progressive concerns surrounding the treatment of criminals should not be limited to sentencing and prison conditions; they must also encompass rehabilitation – and it is here that Hinch’s proposal is most damaging.

As criminal justice systems have increasingly shifted their focus from retribution to rehabilitation, societies have struggled with the question of what a former criminal’s place in society can or should be.

For economic reasons alone, it is clearly not in society’s interests to lock up criminals indefinitely; neither is it beneficial to release unrehabilitated criminals back into the community. In theory, upon completing sufficient sentences, ex-convicts would fully rejoin society as free citizens.

The reality, however, is often very different. In the past, capital punishment provided the state with the opportunity to literally erase criminals from existence. That practice may have been left behind here and elsewhere, but other, subtler methods of erasure persist – from denying ex-convicts the right to vote, to blocking them from gaining employment, to deporting them.

By openly publishing sex offenders’ photographs and home addresses alongside their criminal record, his proposal would dramatically lessen their prospects of gaining work and increase the risk of violent reprisals – both consequences that would have a severely negative impact on prospects of rehabilitation.

An unrehabilitated individual is, by definition, far more likely to re-offend. Thus, not only do such practices ensure that criminals continue to be punished long after the expiration of their jail terms, they increase the risk of re-offence and ensure the creation of new victims.

These opinions are not controversial within the legal community. Experts, pointing to negative effects on victims of crime, already low recidivism rates among sexual offenders and the general ineffectiveness of public registers, have long warned against the dangers of such policies.

To Hinch, however, this cautiousness – along with the suppression laws he broke, instituted to ensure the possibility of a fair trial and the protection of victims’ identities – is merely evidence of a weak, insufficiently punitive system.

One need not cast aspersions on the sincerity of Hinch’s concern for rape and sexual abuse survivors to recognise this paradigm as emerging from a deeply authoritarian view of the world. It also points to the flimsiness of his party’s pretences to progressive values.

A closer look at his policy proposals reveals little to no mention of economics. Tellingly, his party’s seemingly irreproachable opposition to animal cruelty breaks down again to nothing more than a call for stronger penalties.

There is no question that punishment remains an integral part of efforts to reduce crime. Deterrence, rehabilitation and protection of the community from serial offenders are all legitimate concerns.

Sometimes, as with the appalling murders of Jill Meagher and Masa Vukotic by serial offenders, the parole board gets it wrong, and needs to be held to account.

The best cure for crime, however, is and always has been prevention. This entails not just the successful rehabilitation of criminals, but also avenues for preventing crimes from being committed in the first place.

In the realm of sexual offences, this must incorporate teaching about consent and empathy, a general cultural confrontation of problematic masculinity, and easily available preventative treatment and counselling avenues for potential perpetrators, such as men with paedophilic impulses.

Politicians fixated by punishment are prone to overlooking such considerations. It is damning that Hinch’s party is so silent on prevention; so silent, too, on remedying the systemic disadvantages that increase the likelihood of criminality.

His “tough on crime” focus, like those of successive state Liberal governments, remains resolutely individualist and authoritarian – as such, thoroughly reactionary.

This approach is not ‘tough on crime’. Let us call it what it is: irresponsible, cowardly demagoguery.

As progressives, it is up to us a demand a better discourse on criminal justice. The strongest message we can send this election is to ensure that Hinch’s political adventure is unsuccessful.

David Heslin is a writer, poet and film critic based in Melbourne, Australia. His work has been published in The National Times, The Conversation and Senses of Cinema, and he was a participant in the Melbourne International Film Festival's Critics Campus in 2015.