You may think this because you reminisce back to your good old days as a child where your only concerns were throwing pens at your dad’s head and getting bindis when you ran across lawns barefoot. Having crushes were fun and silly, not complicated by ideas such as “sexual fluidity”, “social constructs” or “identity politics”.

Nothing ever had to be questioned.

That lack of questioning is the fundamental difference between you as a straight child growing up and LGBTQI children. It’s the fundamental difference to why safe schools has a different meaning for the LGBTQI community. When Mike Baird announced that NSW would not be funding safe schools program, I felt gutted because Baird misunderstands just how early on internalised homophobia can start in a child and how awful it can be growing up.

From the age of seven, I knew I liked both boys and girls. To me, it was as clear as glad wrap, like eating melted Tim Tams or farting whenever I wanted. I just liked what I liked, did what I did and I never questioned it. Back then I had honestly thought everyone in the world liked both genders but had coincidentally decided to hold hands with the opposite sex.

And then I got a little older, and things made me question it. 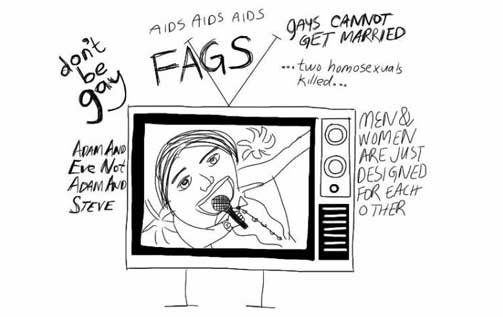 That questioning turned to concern. 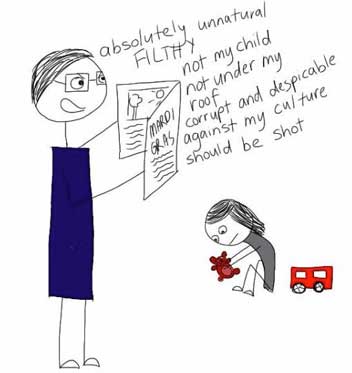 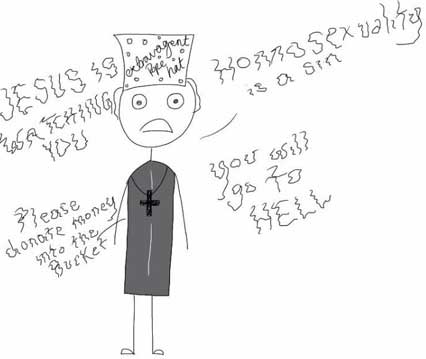 Guilt turned into thinking something was wrong with me. 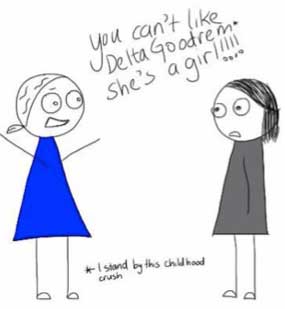 That part of me, the wrong part, manifested into self-loathing. 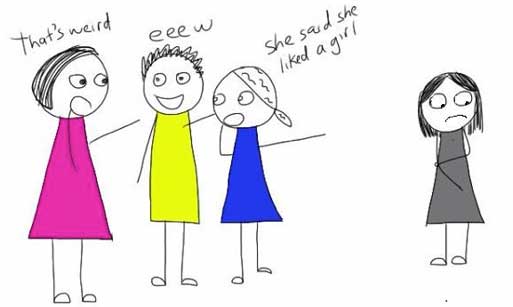 I was 10 when I had my first panic attack because a group of girls called me “an ugly lesbian”.

When I look back now I laugh at how many other things I could have been bullied for. I was a weird fucking kid. I had a shitty bowl haircut. I collected dead stink bugs. I chased pigeons. For a brief period of time, I unnecessarily wore an eye patch to school every single day and walked into doors because my parents rated humour above their child’s need for binocular vision. 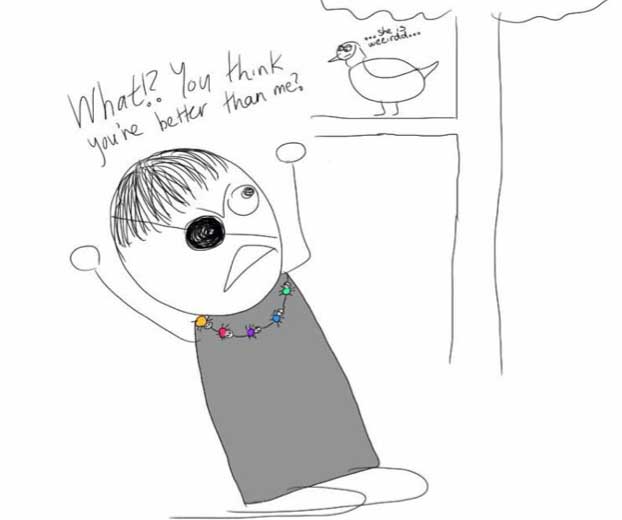 If I had been bullied for any of that it would have slid off my back.

This was different. When you get bullied for your sexuality, you aren’t being bullied for what you like to do or how you seem. You are being bullied for your expression of love, and that this is something so fundamental to who we are and what we need as human beings, something we can’t change, can’t even really comprehend beyond the fact that it’s a feeling felt before memories can even be remembered.

When you’re young, developing, lacking in understanding and no person to explain to you that you are ok, you feel as if there is something wrong with you.

So from a very young age you internalise it. You bury it deep inside yourself, dig a hole into your chest and bury it as far away from your heart. But growing up, through adolescence, it remains there as an ache that you try to dull in silly ways. 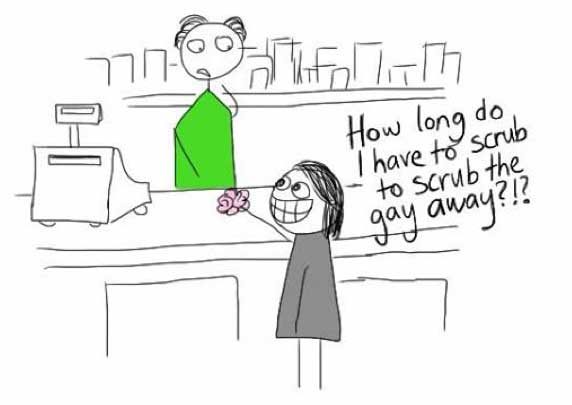 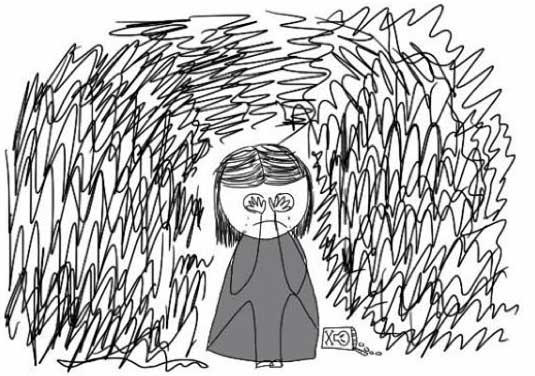 This internalisation runs so deep that even when you’re told that it’s okay to be queer; you’ve learnt to associate it with external dread that you can’t really accept the fact that maybe it is.

For the longest time, I refused to hug my female friends. Even if I was in a relationship with a guy, I would be filled with fear because I was so accustomed to understand that with love came the condition of someone somewhere attacking me. 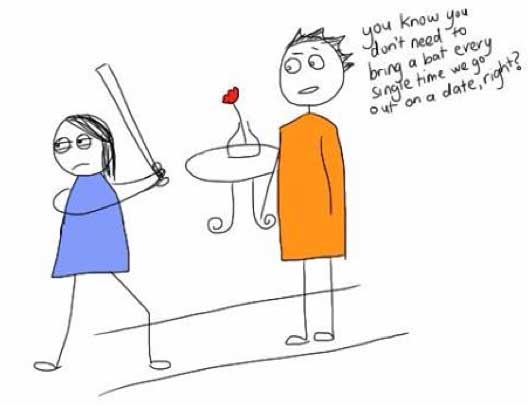 Safe schools isn’t dolling out a “gay agenda” to young children or teaching “sex” or even the ins and outs “sexuality” to young kids. It’s about telling kids that it’s not okay to treat someone else like less of human being. It’s telling LGBTQI children, who may know (or may not) from a young age, that who they are and how they are feeling is natural, normal and completely okay, so they don’t ever feel less for it in the future. 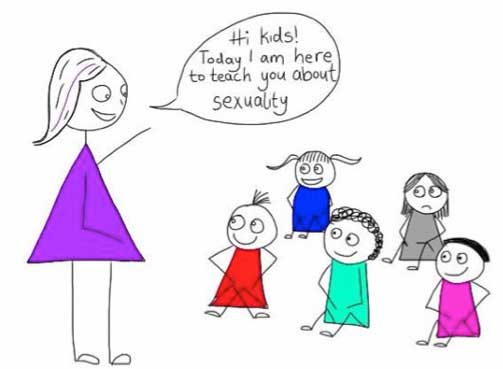 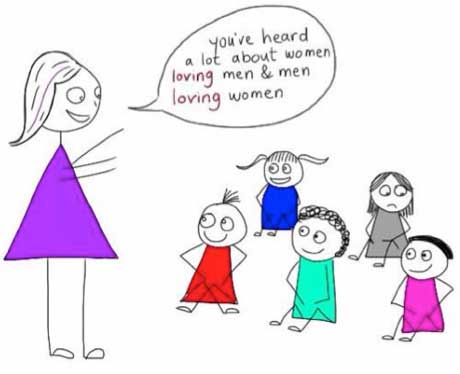 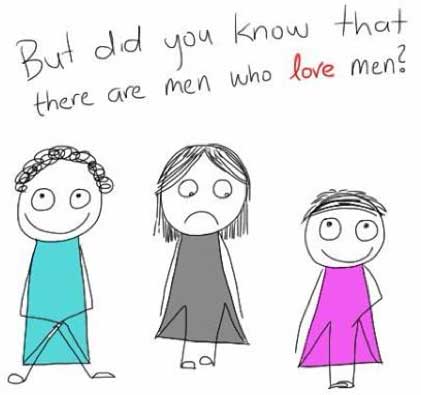 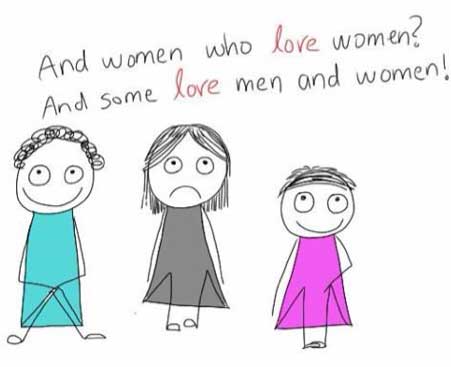 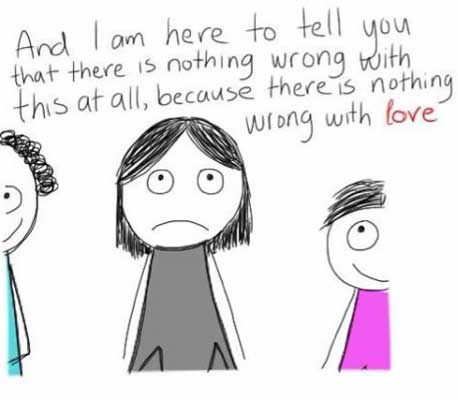 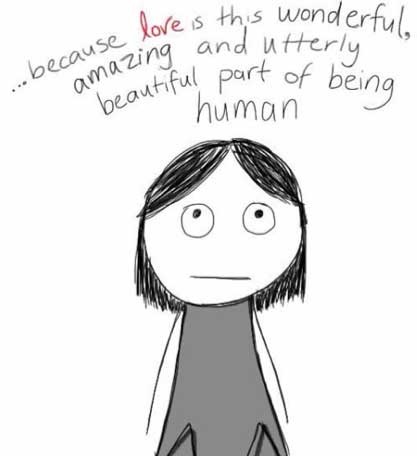 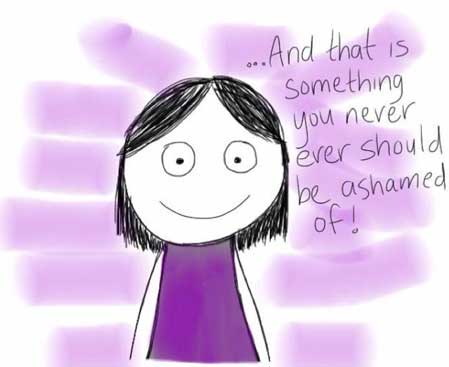 Carrie Hou is a law student, freelance writer and obviously very bad at drawing. You can't follow her on anything, but she appreciates the sentiment.