A growing campaign to stop institutions from doing business with companies that abuse human rights has claimed a major scalp. Max Chalmers reports.

Companies profiting from the offshore detention of asylum seekers could be prevented from doing business with the City of Sydney after the Council resolved to review its investment and procurement policy and bring them into line with the No Business in Abuse campaign.

In a meeting last night, the Council voted to adopt a pledge not to support companies, institutions, or organisations that profit from abusive practices towards people seeking asylum. 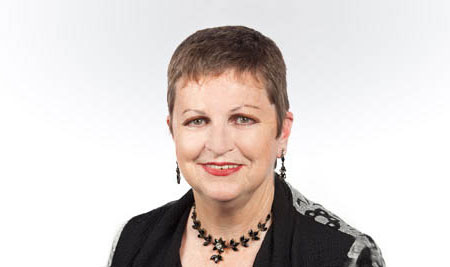 Moved by Greens Councillor Irene Doutney (pictured right), the successful motion will not impact current contracts, but could cause headaches for companies working in the offshore detention industry when new tenders are released.

Of particular interest will be the implications for Wilson Security, subcontracted by detention centre operator Broadspectrum (formerly known as Transfield) to provide security services in offshore centres. Wilson also provides substantial carparking and security services in Australia and the company has had a number of contracts with the City of Sydney, including an estimated $2.4 million deal to manage the Kings Cross Car Parking Station which is due to be reviewed in 2017.

Doutney told New Matilda that most members of the Council – dominated by Clover Moore’s progressive independents – were appalled by the abuses occurring in detention, and that she expected the motion would make it difficult for the Council to renew contracts with companies like Wilson in the future.

“I just think it’s really important for institutions, particularly councils, to take a stand on these sorts of things,” Doutney said. “People will say ‘it’s not Council business’, but I think anything to do with human rights is Council business. It’s really important to take a stand and, being City of Sydney, maybe other councils will now look favourably on the pledge.”

Doutney said the motion would not have an immediate impact but would put pressure on the Council not to sign contracts with or invest in companies linked to detention in the future. She said the Council already avoids investments in fossil fuels, tobacco, and nuclear.

The City of Sydney’s move comes at the end of a year that has seen Broadspectrum in particular come under pressure for its role in offshore detention, with the No Business in Abuse campaign occurring in tandem to a divestment movement. In August, super fund HESTA announced it was divesting, withdrawing $18 million from the company formerly known as Transfield.

The No Business in Abuse campaign said Leichhardt Council and Yarra City Council had also signed on.

“The City of Sydney is one of Australia’s largest councils, and their decision last night provides unstoppable momentum to the NBIA campaign which has expanded to target the clients of Broadspectrum and Wilson, including councils, schools, hospitals and big resources companies,” Shen Narayanasamy, Executive Director of No Business in Abuse and Human Rights Campaign Director at Getup, said in a press release.

Narayanasamy said the Wilson Group currently had over $3 million worth of contracts with the City of Sydney. If the Council holds its resolve, that number is likely to head towards zero in the coming years.

The Wilson Group could not be reached for comment.