Appropriately dubbed the “new Mr Coal” by an excited Andrew Bolt on his weekly Channel Ten slot yesterday, the new Minister for Resources, Energy and Northern Australia, Josh Frydenberg averaged a lie every 3.5 minutes as he raked over the Abbott Government’s legacy on climate change and coal.

Despite Malcolm Turnbull coming to power promising a new era of respectful and intelligent dialogue with the electorate, Frydenberg has cemented early indications that the government actually has no intention of being straight with voters over the government’s climate policies and the future of the coal industry more broadly.

Four of Frydenberg’s assertions in particular have long been disproven, and should have been consigned to the dust bin of ‘bad government’ with Tony Abbott’s leadership:

Here there are in order of stupidity.

1. “So Tony Abbott was right? Coal is good for humanity?”

So asked Andrew Bolt. Frydenberg was clever enough stop short of repeating that fateful statement, proving he’s not as gaffe prone as his former leader, but clearly Frydenberg is on board with the general sentiment.

“Well, I certainly believe in the moral case that Tony Abbott and others have put that our coal, our gas, our energy supplies do lift people out of energy poverty, and that’s going to be an important theme of my term in this role,” the newly inked minister said.

Coal – if we keep burning it – is going to help destroy humanity. 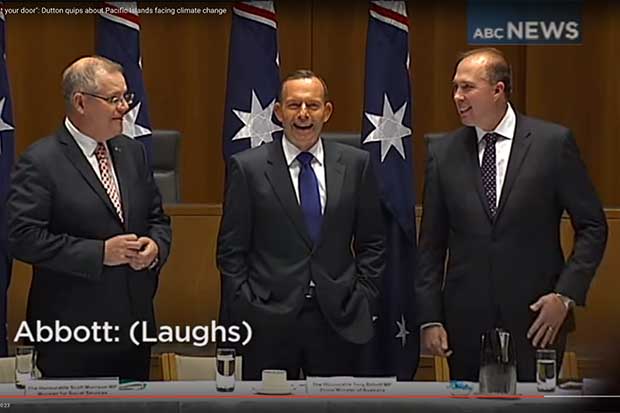 Just ask the Pacific Island nations who Peter Dutton and Tony Abbott recently guffawed have “water lapping [at their]doorstep”. Irrefutably, climate change is going to impact hardest on the world’s poorest and most vulnerable.

The World Bank climate change envoy, Rachel Kyte, has been at pains to point out that coal is not good for humanity, and in fact millions are already dying from air pollution.

The World Health Organisation estimates that in 2012, dirty air claimed 7 million lives. That’s roughly one in eight of total global deaths, and an estimated one million of them are linked directly to coal.

It’s also the reason China is implementing an emissions trading scheme from 2017. But Frydenberg, like Bolt, eschewed any such actual action on climate change.  Instead, he rolled out the same tired lies the government has long used to support its Direct Action policy on climate change.

Frydenberg repeated one of Environment Minister Greg Hunt’s favourite claims that the Coalition has “been able to reduce emissions through various projects by having this auction program at the cost of just under $14 a tonne for emissions reductions, compared to Labor’s carbon tax which was nearly 100 times that”.

As Professor Frank Jotzo has previously told New Matilda, “that’s about as wrong as you can possibly get it”.

Here’s the crux of the lie: whereas the carbon tax was paid for by big polluters, the Abbott and Turnbull governments are paying big polluters to pollute a little bit less.

“Now you have taxpayers’ money being used to pay for emission reductions rather than money coming in to the federal budget from emissions and you have a government that makes you want to forget that taxes need to be raised or other government spending cut,” Prof Jotzo said at the time.

In a nutshell: The carbon tax brought in revenue, Direct Action doesn’t bring in any, but spends lots of our money. The price on carbon was actually set at $23 under the carbon tax — it would be down around $10 by now, because it’d be linked to the European carbon market.

As John Connor, the Chief Executive Officer of the Climate Institute puts it, the government is “comparing apples and fridges”.

3. “The Cabinet understands the success of our Direct Action plan”

If the Cabinet does have some special, magical understanding of how well Direct Action is working, they really should get around to communicating it.

I doubt they will. The reality is that, as things stand, while big polluters are making off with taxpayers’ dollars, there’s nothing to stop those polluters that don’t want to participate in the ‘reverse auction’ process (which sees companies compete for cash hand outs) from simply increasing their emissions with sweet abandon.

According to an analysis by RepuTex Market Analytics earlier this year, “None of Australia’s top 20 emitting facilities are currently expected to incur any liability under the [Direct Action] scheme.” 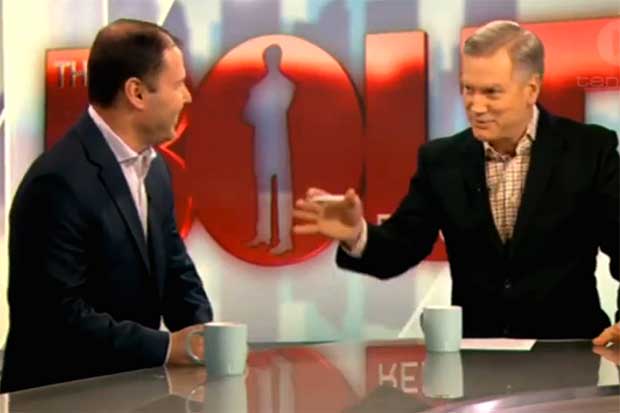 That’s “despite almost all being forecast to grow their emissions over the next 10 years”.

The cost of buying emissions abatement in this way will only increase as the easier projects are picked off first, and the government is yet to give a credible answer as to how it will be maintained long-term.

Malcolm Turnbull put it best before he was Prime Minister, in 2011: “A Direct Action policy where the government, where industry, was able to freely pollute, if you like, and the government was just spending more and more taxpayers’ money to offset it, that would become a very expensive charge on the budget in the years ahead.”

Indian mining giant Adani has been forced to concede that its original estimate around how many jobs would be created by its Carmichael coal mine — which would be the largest the country has ever seen — were massively exaggerated.

Adani’s own expert witness admitted in court earlier this year that, while the company had claimed its project would create 10,000 jobs, it will in fact create just 1,464.

These facts haven’t stopped the government from regurgitating the old, discredited figure at every opportunity, as it apparently prepares to subsidise the project which will be unbankable unless the price of coal doubles.

“It’s important when you look at the Adani project that this is going to see more than $16 billion of investment, more than 10,000 jobs being created,” Frydenberg said.

At this point, something Bolt said sounds unusually prescient: “Rational people, right, global warming skeptics, worry that this new Prime Minister is a warming extremist, as you know.

“Now your responsibilities include the coal industry — you’re the new Mr Coal — is the Prime Minister long-term going to phase out coal?”

I’ll take that question, Andrew: It seems rather unlikely.