Do you trust the Peter Dutton with power? No.

This is the subject of every second article I write, and for me, it is the answer to the Chris Brown question.

Chris Brown, notorious for a 2009 assault on Rihanna, is seeking to tour Australia. Progressive organizations including GetUp! have campaigned for the Minister to refuse Brown a visa on character grounds.

The refusal of a visa can serve two functions: to protect the community; or to express a message.

The campaign to ban Chris Brown does not turn on public safety. It is not alleged that Brown is likely to offend in Australia. Rather, it is argued the Minister should cancel his visa to “send a message”. It is argued if the Minister does not cancel the visa it will prove that the LNP does not take family violence seriously.

The campaign against Chris Brown implicitly takes the position that the Minister should refuse or cancel visas to express public values.

For those of us who take issue with domestic violence (surely all New Matilda readers), it is at face value hard to argue with GetUp!’s charge. But using the immigration apparatus to send a message is concerning. I don’t like family violence, but I really dislike asking the immigration minister to exercise more power.

The power to ban people from entering the country, is effectively a power to censor. Why would progressives want to vest that power in Peter Dutton? Dutton, a man who charged into a cabinet room demanding the power to just cancel a visa without any due process or judicial oversight, is the last man I want curating Australia’s music scene.

Call me old fashioned but I am far more comfortable allowing individuals to form their own views on Chris Brown’s work rather than the State.

If I can separate Earnest Hemmingway’s domestic abuse from his literary work, why can’t a 16-year-old separate Chris Brown’s music from his personal life? Why cannot they decide for themselves to boycott his work because of his criminal record?

The only counter argument is because the audience is young and wrong. Such logic is easily applied, outside the domestic violence context.

Having watched Scott Morrison and Peter Dutton expand their power, exercise it secretly, with little regard for the rule of law, I’d prefer to let people make up their own minds.

Frankly, it is lazy campaigning. If Chris Brown is an issue, inform consumers and trust them to make their own decisions. Change actual minds, rather than prodding Peter Dutton to do something he finds quite comfortable: banning a rapper.

This leads to another concern, banning celebrities to express public values is unlikely to be employed consistently. As Clem Bastow, Jeff Sparrow, and Calendulate have observed, campaigns to bar celebrities from entering Australia seem to  focus on African-American men: Chris Brown, Floyd Mayweather, Snoop, and Tyler the Creator.

I accept the campaigners are not racially motivated, they simply wish to raise awareness about domestic violence. However, an idiosyncratic policy of cancelling visas based on values and outrage will reflect cultural biases. It’s an unhappy but unsurprising occurrence that the most successful campaigns apply to black men.

Finally, GetUp! has expressed a hope that “Chris Brown’s example will enforce the precedent of sticking to the character test guidelines in future”.

This need not be a hope, its Government policy. The Coalition Government has already tightened the character requirements for visas in the Migration Amendment (Character and General Visa Cancellation) Act. The Act enhanced the Minister’s power to cancel visas personally, lowered the risk threshold for visa cancellation, and requires mandatory cancellation if a person is given a sentence of 12 months or more 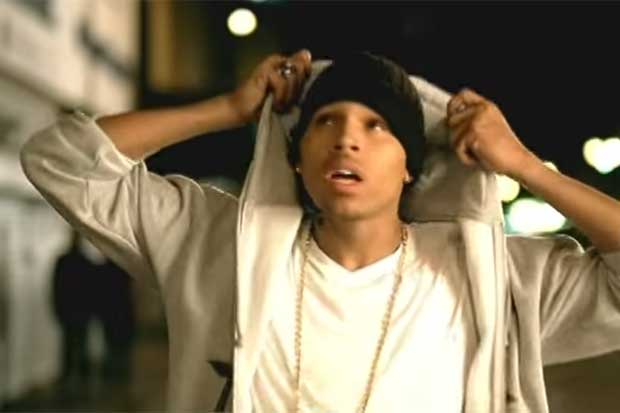 Sticking to the guidelines might seem fine in Chris Brown’s case, but what about Joanne Gordon Stables, who has lived in Australia for 40 years and had her visa cancelled for drug offences? What about someone who wants to visit family members in Australia who has a historic domestic violence conviction? When can evidence of rehabilitation be taken into account?

The United States has gone down the path of mandatory exclusion for failure to meet character guidelines. As a result, no self-respecting progressive organization in the United States would argue for rigid application of character guidelines, because they know what it means: broken families; people barred from entry for irrelevant historic convictions; and deportation of people to countries they have never lived.

This is one of the problems with reactionary politics: You establish a precedent on one case – Chris Brown – however, you fail to consider how it should apply more broadly.

If Chris Brown falls into that category, fine, ban him. If he is genuinely rehabilitated, let him sing. I’m not buying a ticket, but I was never the target audience.

I don’t want one person deciding what artists offend our “national values”. Let’s find a way to send a message about family violence without leveraging the immigration system.