It’s now just after 10am, the day after Tony Abbott lost the leadership of the Liberal Party, and with it the job of Prime Minister of Australia.

And he’s still nowhere to be seen.

After losing the leadership ballot late last night, Abbott declined to front the media, an unusual development in the more recent history of deposing sitting Prime Ministers of Australia.

But unless we missed something, Abbott is still Prime Minister, for a few hours more at least, and not turning up for work on a Tuesday – in the middle of a sitting week – is pretty poor form. Even if the heart within your hairy man-chest has just been ripped out.

So the question on everyone’s lips this morning: Where’s Tony?

ABC 24 commentator Greg Jennett noted a short time ago: “We’re positioned in a few locations around Canberra where he might be. But there’s no sign of him yet.”

One of those positions is the Australian Federal Police academy, where the ‘austere’ Tony Abbott – during the era of the end of the age of entitlement – has been camping for the last two years, during the ongoing renovations to The Lodge. 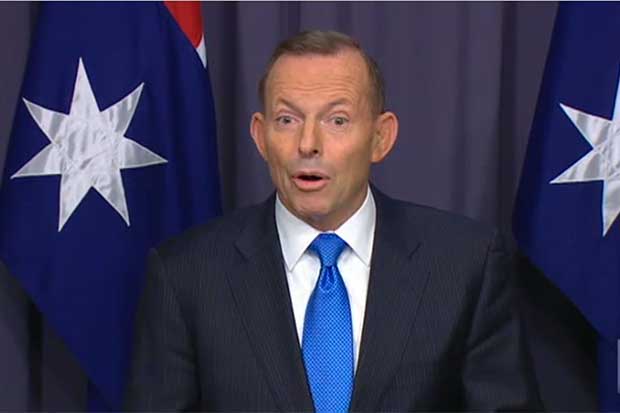 It’s a bit of a cruel twist – Abbott is the first Prime Minister since Second World War to not reside at The Lodge (if you don’t count John Howard, who almost never resided in The Lodge, because he didn’t think much of Canberra).

On the upside, Abbott got to spend plenty of time in the sprawling surrounds of Kirribilli House… which he will be vacating… shortly, we’re told.

Meanwhile, Bill Shorten has been fronting the media, and his colleagues, with a ‘spirited’ speech this morning aimed at rallying the troops. Or possibly providing innumerable comedic lines for satire writers.

Like the one where he claimed credit for the scalp of Tony Abbott.

“We have seen off one bad Liberal prime minister and we will do this again because what matters in this county isn’t the personalities… what matters is the ideas for the future.”

Indeed, that is what matters. And once media have finally located Abbott, that will no doubt be the next questions on their lips – ie. what does Bill Shorten actually stand for? Because apart from agreeing with everything Tony Abbott has said for the last 700-odd days, we still don’t know.

We wait, and watch.