We will never know if Aylan Kurdi fought against the waves as his mouth filled with water. Or if his little hands searched desperately to find his mother. Or if he sank quickly, looking up and seeing the blackness of the night and no outreached hand to save him.

Fear would have been the last thing Aylan felt.

It is the same fear that the four children would have felt slowly suffocating in the back of a truck on the border of Austria. 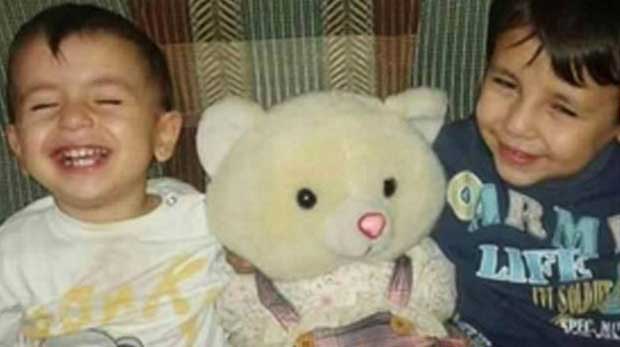 Children’s bodies may not be washing up on the shores of Bondi, but we must question whether Aylan would have reached our shores of safety, or whether his boat would be pushed back out to sea. Would his boat be a statistic used by a gloating politicians praising the success of their ‘Turn Back the Boat’ policy?

The consequences of our refugee policy have always been visible and known, but the photograph of Aylan Kurdi has forced the question: Are we prepared to keep counting the bodies of dead children who died whilst seeking asylum?

Aylan’s death should provoke us to question the treatment of children who are the “lucky ones” to reach our shores safely. There has been no shortage of humanitarian advocates or human rights and civil liberties organisations that have raised concerns over breaches of Australia’s international obligations towards asylum seekers and children.

‘The Forgotten Children: National Inquiry into Children in Immigration Detention’ Report released by the Australian Human Rights Commission is a damning account of the circumstances in which the ‘lucky ones’ find themselves.

One of the issues examined was the high rate of children self harming, including cutting themselves, drinking detergent and refusing food and water.

Other reports have detailed the sexual abuse of children on offshore processing facilities that clearly leaves children vulnerable to sexual exploitation.

We have cultivated a political culture that allows bipartisan support for the new Border Force Act that criminalises those who disclose the abuse of asylum seekers with up to two years imprisonment. Ironically, this is at a time when we are holding a Royal Commission into Institutional Response to Child Sexual Abuse. If Aylan Kurdi had made it to Australia and was being sexually abused in Naru, or deliberately placing plastic bags over his head and self harming, chances are we wouldn’t know his name.

We have a wealth of opportunities to effectively address the unfolding human tragedy hemorrhaging out of Syria. We could, at the very least, start demanding that those who advocate a humanitarian response to Syria are not met with accusations that they support terrorism.

With reports that the Assad regime are using vacuum and barrel bombs on civilians, and in light of the brutality of Daesh, we must not respond to the humanitarian crisis with Australian bombs.

Bombing Syria will lead to further children, like Aylan Kurdi, fleeing their countries for safety.

We can do better. We must do better. If not, we should at least have the guts to look the asylum seekers in the eye next time we push their boats back out to sea. And be prepared to keep counting the bodies of dead children.  #wecandobetter

Lydia Shelly is a lawyer and community advocate.