The Executive Director of the Ethics Centre says he is not questioning retired Australian Army Major General Jim Molan’s role at the organisation after five of the major speakers at the Festival of Dangerous Ideas, which is co-curated by the centre, hit out at Molan for his involvement in developing Australia’s punitive refugee policies.

In a statement jointly authored by Naomi Klein, Tariq Ali, Johann Hari, Laurie Penny, and Jon Ronson, the prominent writers and thinkers said they were pleased to see public outrage had prevented a random search operation planned by the Australian Border Force last week, but criticised Ethics Centre board member Molan for his links to Australia's refugee policy.

“As we have learned more about the migration debate here in Australia, we were surprised to discover that the festival’s co-curator, the Ethics Centre, is no mere bystander,” they wrote.

“Molan is so proud of his accomplishments turning back and imprisoning asylum seekers that he has recently proposed Australia as a model for Europe. 'In Australia’s situation … judicious boat turn-backs was the key. Now success is the continued application of effective policies with resolve,' he has written.

“As festival speakers, we wish to separate ourselves – in the strongest possible terms – from Molan’s views and policies. Australia’s cruel practices towards migrants are wholly unacceptable, and they most certainly should not be exported to Europe, where they would make an already intolerable moral crisis far worse.”

The full statement was published by Guardian Australia this afternoon. 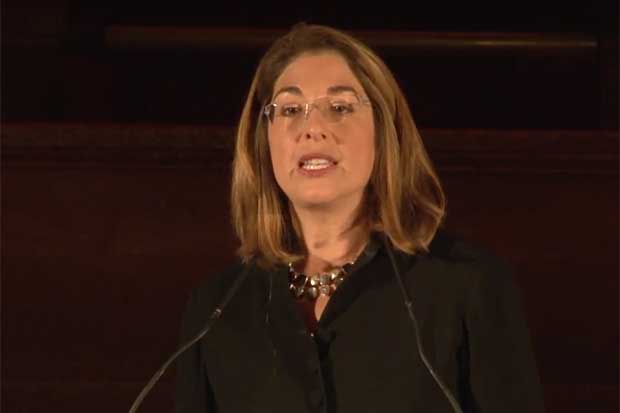 In 2008 Molan retired from the army, later becoming Tony Abbott’s ‘Special Envoy for Operation Sovereign Borders’, helping to sell the policy at the 2013 election.

Speaking to New Matilda this evening Dr Simon Longstaff, the Ethics Centre’s Executive Director, said he could understand why the group had voiced their concerns, but that Molan had become a director before his involvement in Operation Sovereign Borders and was not able to influence the centre’s general policy positions, which stressed it is legal to seek asylum.

He said he and Molan disagreed on the topic and that the group of writers had not taken their concerns about the retired Major General to him.

“I can understand [the group]wanting to talk about it absolutely,” he said. “I just think that if you’re being a responsible commentator, my own belief – and I wouldn’t impose this on others – is that I would want to actually find out whether the target of my criticism was actually holding the views I was criticising.”

Dr Longstaff clarified he did not think the open letter had been irresponsible, and said it was “wonderful” the group had been prepared to put their views forward.

Molan’s role at the centre was briefly raised last year after members of Pussy Riot were urged to boycott the festival over its links Australia’s refugee policies and links to Transfield Services.

Douglas Sneddon, a previous Ethics Centre director, is also an Independent Director at Transfield, which just had its lucrative contract to provide services to Australia’s offshore detention centres renewed.

According to the Ethics Centre’s website Molan’s role is volunteered.

Dr Longstaff confirmed the speakers would still be appearing at the festival.

“We look forward to sharing more dangerous ideas with you in the days to come,” the open letter concludes.

FODI was engulfed in controversy last year after organising a talk billed to discuss ‘honour killings’ and be delivered by Hizb ut Tahrir’s Uthman Badar.

The event was later cancelled.

Update: Angela Mitropoulos, who advises the divestment campaign Crossborder Operational Matters, criticised the speakers for not pulling out of the event.

“Raising controversy from inside the event merely adds value to the culture-washing of the detention industry,” she said.