Some believe that beautiful women in beauty pageants are there to been seen and not heard. Or at least, if they are to be heard, they’re meant to talk about ‘world peace’.

Ashley Callingbull – a 25-year-old First Nations model and actress from Alberta’s Cree Nation – was anything but peaceful after winning the Mrs Universe pageant overnight.

The Mrs Universe contest has been running since 2007. Unlike the similarly named ‘Miss Universe’ – owned by global redneck Donald Trump – Mrs Universe is open to women aged between 25 and 45 who are married.

In a Facebook post earlier today, Callingbull corrected any misperceptions that she was going to use her crown to flash winning smiles and open county fairs.

“Really? People think I’m too political for my first day as Mrs Universe. Did you really think I was going to just sit there and look pretty? Definitely not. I have a title, a platform and a voice to make change and bring awareness to First Nations issues here in Canada. I’m getting all this media attention and I’m going to use it to the best of my ability. I’m not your typical beauty queen. Look out… I have a voice for change and I’m going to use it!” 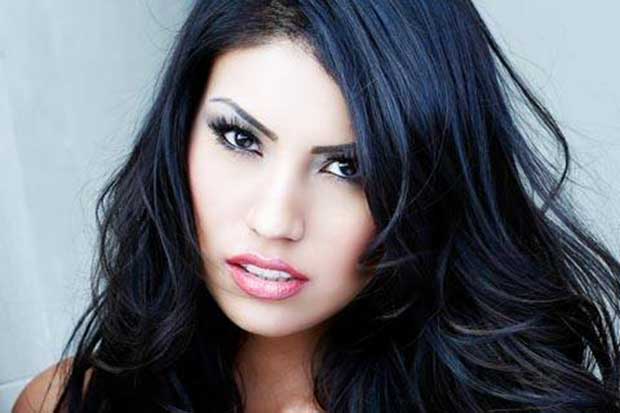 The comment was in response to the expected onslaught of Canadians attacking Callingbull for raising First Nations issues during her very public media victory lap.

She tweeted that Canadians needed to get out and register to vote for the October poll, and added that “We need a new PM”, a reference to conservative Stephen Harper, widely accused of harming the interests of First Nations people in Canada during his decade in power.

For hardened pageant veterans everywhere horrified by Callingbull’s bluntness, she signed the post off with a smiley face.

Callingbull’s disarming nature hasn’t convinced everyone though. She told Canada’s CBC network overnight that as she rose through the pageant ranks in 2010 she was the target of many racist comments.

“A newspaper (wrote), ‘What is she going to do for her talent, write a welfare cheque with her toes?'” Callingbull said.

Like Australia, Canada has long struggled with First Nations issues.

It has its own Stolen Generations history, known in Canada as the residential schools scandal.

Up to 30 per cent of First Nations children were removed from their families and placed in boarding school accommodation, where authorities tried to assimilate them into non-Aboriginal Canadian life.

The system began with the passing of the Indian Act in 1876. The last government-owned residential school was finally closed in 1996.

Inspired by Kevin Rudd’s National Apology in 2008, Harper issued a national apology of his own in June that year. Unlike Kevin Rudd – and Australia – the Canadian government also delivered a $2 billion settlement to compensate the victims of the policy.

One of the biggest scandals to rock Canada in recent decades is the murder and/or disappearance of more than 1,000 First nations women between 1980 and 2012.

In May 2014, the Royal Canadian Mounted Police finally released a report into the scandal – it’s first attempt nationally to investigate the issue, and only after a decade of mounting pressure. To date, 105 women are still officially listed as missing.

Life expectancy gaps, however are similar, at around a decade or more, depending on locality.