Is it useful to mislead people about our progress in fighting climate change? I think not. People rarely re-assess their prejudices without some incentive and if they believe the renewable band wagon is travelling well, then why bother thinking about anything else?

Here’s a few charts from the reports (1 and 2) which prompted the story and the tweet: 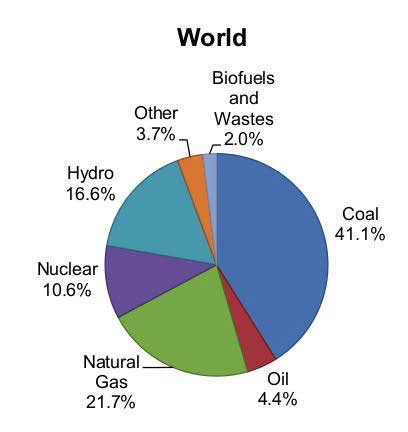 First, look at the top chart. There are three nominally renewable wedges in the chart and the only one of any significance is hydroelectricity. Wind, solar, geothermal, tidal and all the other subsidy sucking technologies aren’t even worth their own slice in the pie.

The resulting turgid watery habitat generates significant quantities of methane that weren’t generated before; not just from rotting vegetation, but as the methane dissolved in the water is released on the spillways of the hydroplant.

The dam builders have been getting a free lunch for decades now by generating significant greenhouse gases but not having to list them in their Greenhouse gas inventories. Even if the reservoir created is small, hydro dams typically change river flows with a wide range of ecological consequences… generally negative unless your particular ecological interest extends to jet or water skis.

Is this the kind of ecological devastation Greenpeace should be woohooing about?

And the deeper you dig the worse it gets. 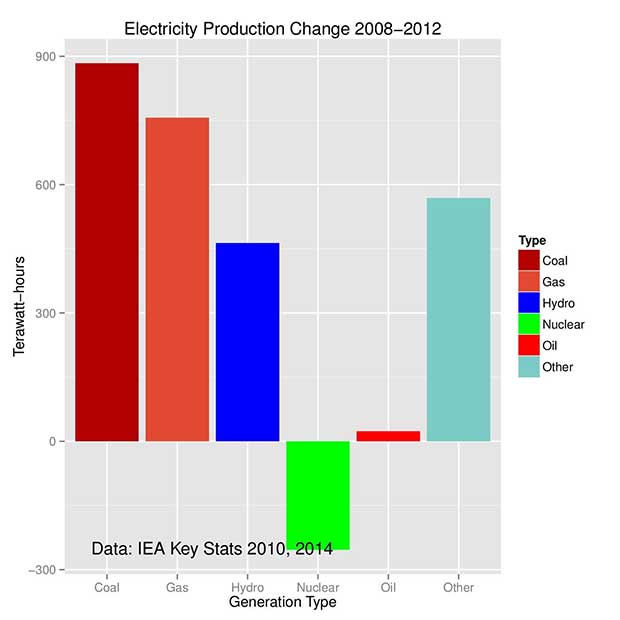 Looking at the IEA data on the global change in electricity production between the 2010 report and the most recent 2014 report, we can see that renewable growth between 2008 and 2012, even including hydro, hasn’t even matched fossil fuel growth, let alone displacing anything.

Put simply, while renewables now have a slightly bigger percentage of the pie, the area of the pie they need to replace is larger than ever. It’s like climbing a hill where you go up 300 meters only to find that the hill is growing and is now 600 meters higher than when you started.

Pulling the plug on nuclear in Japan and Germany, due respectively to mass hysteria and viral ignorance at the highest levels, has only made matters worse.
We don’t need anybody misleading people into thinking that we can beat climate change with sloppy thinking and toy energy systems.

The situation looks even worse when we consider not just electricity, but the full gamut of fossil fuel use. 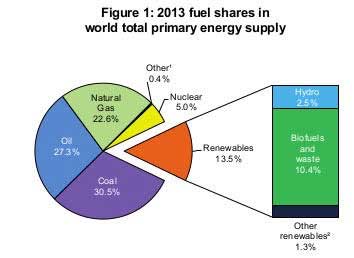 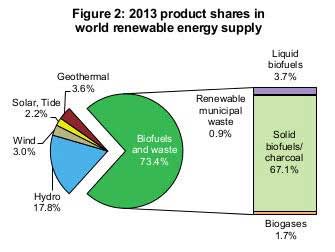 Again, as the two graphs show, renewable energy, as distinct from just electricity, is mostly hydro or biofuels and biofuels are even more of an environmental disaster than hydro electricity. Nor do they displace enough CO2 to be useful in any solution to our emissions problems.

What is blindingly obvious to all but the closed-minded is that the poster children of renewable energies, wind and solar, are doing exactly what they did back in the 70s and 80s when they were rolled out as a solution to the oil crisis; sweet bugger all.

In contrast, the energy system which broke the oil crisis has experienced considerable development and is now better than ever; nuclear power.

It’s tough to admit to being wrong, but many in the environment movement have done it and are now backing nuclear power.

Local South Australian advocate Ben Heard has a representative list on his website. It’s called, appropriately, Who gets it?

It’s time that the iconic organisations like Greenpeace faced facts and stopped being part of the problem.