The government’s proposed citizenship stripping laws are about a lot more than taking citizenship off people who try to blow up a train. In fact, they may well rip away the rights of a vast range of people for a staggering number of reasons.

We’ve gone though the expert responses to the bill – currently before a parliamentary inquiry – and picked out the best ways to see your citizenship disappear if you are a dual national.

If you’re going to end up banished from Australia, you may as well have some fun doing it.

Before we go on we should note that it’s not exactly clear how many dual nationals there are in Australia but if you’re one of them, this could soon apply to you. We’re looking at you, John Pilger… Germaine Greer, et al.

1. Destroy A Wheelie Bin Owned By The Government 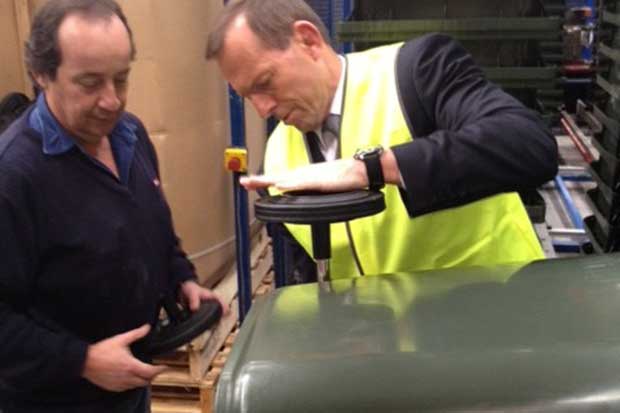 One of the most astounding parts of the government’s legislation is a provision relating to those convicted of damaging Commonwealth property.

If you are convicted of this offence (and you’re a dual national) your citizenship is gone.

The government says this is about terror attacks that target the parliament. But in reality, the Department of Immigration has effectively admitted the new laws would immediately enforce the citizenship stripping of people convicted of some very minor offences.

In its submission to an inquiry looking at the proposed laws the Department went through some real life cases where this law was breached.

In one of them, a man served time after he destroyed a wheelie bin, plastic chair and a sheet while inside an Immigration Detention facility. The property in the centre belongs to the Commonwealth, wheelie bins and all.

So next time you go to visit someone in a detention centre make sure you don’t push any of the bins over, drop a glass, or dent a table. Or intentionally damage anything around you.

If you receive a conviction for doing so you might soon find yourself permanently on that side of the fence. As should be clear, the Commonwealth property offence is broad, and it’s not just those who visit detention centres who could easily fall foul.

According to the Department of Immigration a man who helped his mates smash a phone booth in 1999 was convicted of the offence. Fortunately, if he did it today, and he was a dual citizen, he wouldn't qualify for stripping because John Howard sold off Telstra. But you get the idea.

So, if you want out of Team Australian and live in a suburb where Commonwealth property exists – such as a fence surrounding a Commonwealth building (like an immigration detention centre at, say, Villawood), then all you need to do is give it a good crack.

If that’s too much for you why not try kicking a mail box and handing yourself into police.

3. Do A Painting For The Police 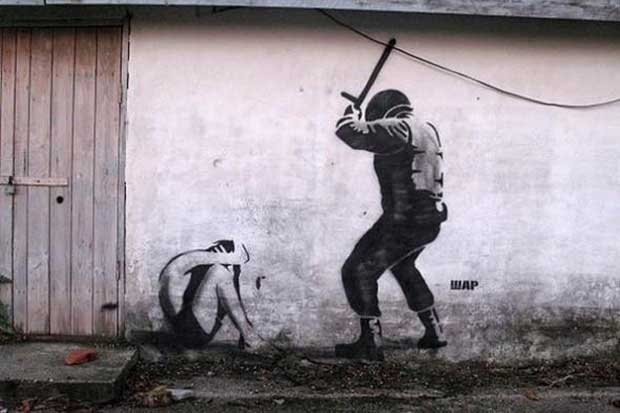 Speaking of police, with all the rounding up and deporting of former citizens they’ll have to do, the Australian Federal Police could be pretty busy if this bill passes. Why not brighten up their lives by going to your local federal cop-shop and leaving a beautiful mural on the wall?

Small problem: you may end up creating more work for them.

In 1994 a Queensland woman was convicted of damaging Commonwealth property after she painted the walls of the AFP’s HQ.

As the Human Rights Law Centre warned in its submission to the inquiry into the bill:

“The offence [of damaging Commonwealth property]captures a wide range of conduct, including minor conduct such as graffiti.”

Banksy wannabes with dual citizenship had best be careful where they leave their scribbles from now on. If you use a government building – or flag pole, or fence – as a canvass it could be your last sketch as an Australian. 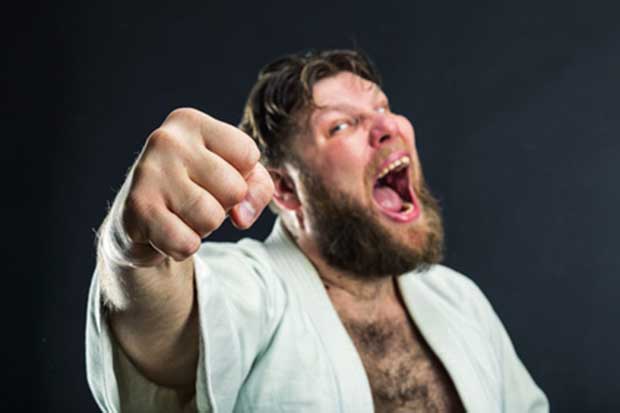 You give a man a fish and he eats for a day. You teach a man to fish, he goes on to use a fresh flathead to try and assassinate the prime minister, and you both lose your citizenship.

It’s not as exciting as wrecking a wheelie bin or bashing a phone booth but thanks to another part of the law that sees automatic revocation of citizenship for providing training for a terrorist act, teaching a course in computing, or any skill the terrorist goes on to use, could be enough to do it for you.

Legal experts have slammed the drafting of the proposed laws, saying the vague offences outlined have not been properly defined and potential exemptions have not been made clear.

According to the University of Sydney’s Dr Rayner Thwaites, that means even if you didn’t know the training would later be used for terrorism you could still technically be in breach of the law.

“On this interpretation Australians will have their citizenship revoked for doing their job as a computer trainer, shooting range employee or flight instructor, if it so happens that the training provided is later used in a terrorist attack,” Dr Thwaites has noted.

A gentle reminder at this point that one of the truly bonkers elements of this legislation is that no conviction is needed for the above to happen. It just happens. More on that later.

5. Get Involved In The Next Cronulla Riot

For all the Reclaim Australia patriots who we know read New Matilda daily, this one goes out to you.

In her submission on the legislation Dr Twomey warned the laws had been sold as anti-terror legislation but in fact related to many acts Australians would not regard as terrorism.

“Hence, an Australian-born youth who wrapped himself in an Australian flag during the Cronulla riots and urged people to use violence against the members of another racial or ethnic group with the intention that such violence would occur, could… be automatically stripped of his Australian citizenship by virtue of this Bill if he also had citizenship of another country,” Dr Twomey writes.

“While it is hard to muster any sympathy at all for such a person, it is still unlikely to fall within the public perception of terrorism and what this Bill is aimed at achieving.”

6. Take Part In A Student Protest 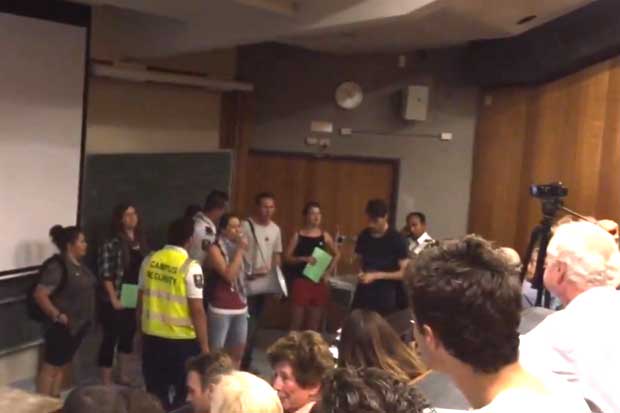 If race hate isn’t your thing but you’re really keen to be stripped, why not try sticking it to a vice-chancellor? With any luck you could be deported to a country with more public funding for higher education.

Again we return to the damage of Commonwealth property provision.

“Student protesters engaged in a sit-in that turned unruly could be stripped of their citizenship on this basis,” according to Dr Thwaites.


7. Provide Humanitarian Aid Or Assistance In A War Zone May as well go out with a good deed.

If you’re convicted of being in “the service of” a declared terrorist organisation it’s goodbye Great Southern Land. On some readings of the bill this could include working for a medical service like the Red Cross or providing training about international law, conflict mediation, or first aid to someone in such a declared terrorist group. 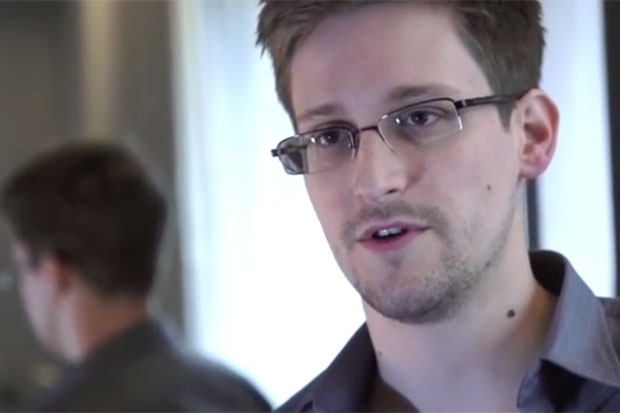 Another good deed, and one that probably isn’t going to be much fun. On the upside you’ll be performing an act of enormous moral courage, the kind of action all democracies rely on to keep them healthy.

Yet according to Guardian Australia national security whistleblowing, already criminalised, will now be further punished by this legislation.

As the surveillance state grows in its ability to monitor our smallest imprints on the world, those who work to sustain it are under ever more pressure not to speak out when something goes wrong.


9. Fight Against Our Enemies Fight for ISIS and we’ll have your citizenship thank you very much.

Fight against ISIS… and we might still have your citizenship.

If, like NT Labor President Matthew Gardiner, you seek to join Kurdish forces fighting the Islamic State, you’re going to have to hope they triumph, or set up an autonomous Kurdish state and grant you citizenship there.

The Kurdish Workers’ Party is a prescribed terrorist organisation. Fight for them after this bill passes and you’ll be handing back your Australian passport. 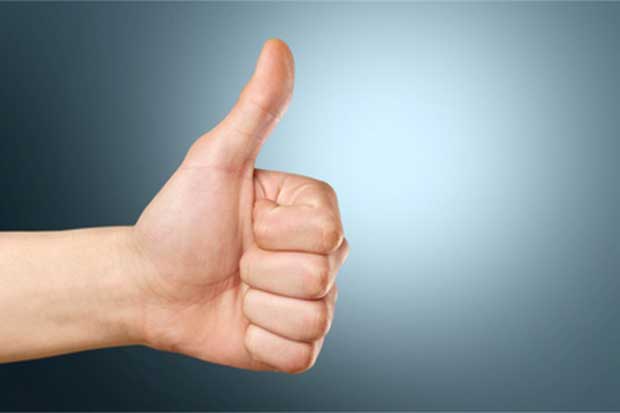 Added to the humiliation of nobody liking your posts on social media is a new risk to sharing bad ‘content’.

Included in terror offences that would earn you a stripping are acts of speech, advocacy, and recruitment, meaning an ill-advised expression of such speech on social media could see you get in serious trouble.

“A youthful ignorant act of bravado such as a post on Facebook might amount to such an offence – and lead to losing citizenship,” according to lawyers from the Australian National University Migration Law Program.

“We are concerned that the breadth of the offences contained in s35A, ranging from extremely serious offences to less serious will result in some people facing one of the most serious punishments known to human society (permanent exile) for conduct that Parliament has assessed as warranting a penalty of a maximum of 5 or 7 years in prison”.


11. Have Your Parents Do One Of The Above 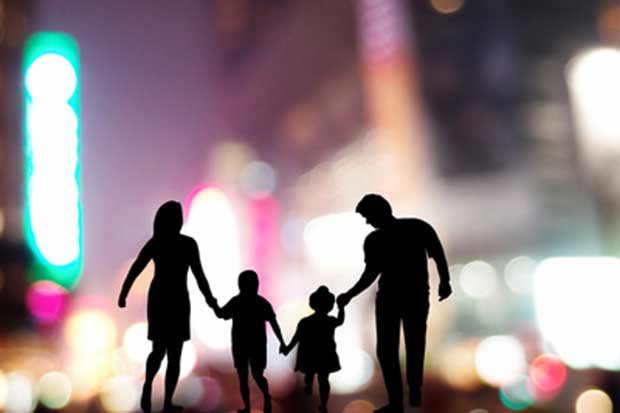 If mum or dad lose their citizenship under one of these circumstances, you might too.

If mum has her citizenship stripped for one of the above reasons and you don’t have another “responsible parent” around, you can too. All it takes is a letter from the Minister for Immigration.


12. Do Literally Nothing At All

At the heart of this legislation is an enigma no-one seems to totally be able to explain. How can you lose your citizenship without having been convicted of an offence, as one section of this law would allow.

The Minister can stop this from happening, but they don’t actually have to do anything to initiate it. It happens, as if by magic, as soon as you commit the act.

Legal experts referred to this as the bill’s ‘self-executing’ nature, and have said it creates a fiction whereby someone can lose citizenship without anybody – judge, bureaucrat, or minister – ever having to make a decision. It seems likely it was written this way to prevent the Minister being caught in an even greater constitutional shitfight.

With a lack of oversight from the courts it will not be hard for this confusing, poorly drafted, totally useless legislation to result in innocent people losing their citizenship.

Maybe they’ll get it back, maybe they won’t. The path forward for those who discover they have breached the law without ever being convicted is far from clear.

Dual citizens convicted of these offences alone will, of course, remain citizens of Australia unless they do something really bad like damage a post box.

With the Joint Parliamentary Committee on Intelligence and Security due to report on the bill this Friday, we can only hope major changes are proposed, assuming the Coalition dominated Committee fails to do the sensible thing and recommend the legislation be scrapped entirely.