There was a time when I was known as a rather passionate advocate of atheism. Yet as the years have gone by, my opposition to religion has moderated, and my dismay at atheist advocates and organisations has steadily grown.

I have no problem with critique and scholarly study of religions and religious belief. I am in favour of advocacy for atheism. Yet those who most loudly bang the drums for atheism do so in a way which is flatly inconsistent with the rationalist and liberal values which supposedly are the underlying basis for their evangelism.

Consider, for example, Richard Dawkin’s tedious The God Delusion. It begins by conversationally discussing classical arguments for the existence of god, and arguing against them. Anyone who has done a little philosophy, or who has read in the area, should find all this extremely well-travelled and familiar ground.

Dawkins then turns to why he doesn’t like actual religious beliefs. Quoting a few passages from the Old Testament, and then the New Testament, he summarily dismisses Judaism and Christianity.

Yet for anyone who is Jewish or Christian, this is hardly persuasive. Dredging up ugly passages in the Old Testament won’t prove much to most Jews, who may be unaware of their existence in the first place.

A religion needs to be criticised on its own terms, and how it actually exists and is practiced in the world today.

Dawkins has flatly dismissed any need to know anything about religion itself, saying such a requirement would be akin to demanding expertise in “fairyology” before being able to dismiss belief in fairies.

Yet the fact is, if someone is going to actually criticise the substance of a system of belief and rituals relating to fairies, and claim that those practices and beliefs are actually harmful, that person should actually know what they’re talking about. One doesn’t need to know much about fairies to dismiss belief in them as nonsense. However, Dawkins goes much further, without feeling any concomitant need to actually be informed on the subjects he talks about.

The new atheists have garnered quite a devoted, even fanatical following, and it’s not hard to see why. Their message is essentially that religious people are idiots, atheists are really rational and logical, and the super-smart atheists need to band together to fight backwards religious folk and their pernicious beliefs and agenda.

Overlooking and ignoring other forms of irrationalism within their own ranks – like their own https://overland.org.au/2012/04/a-few-brief-comments-on-atheism-and-the-left/ worship of the state, support of Western foreign policy and the invasion of Iraq in 2003 – they celebrate themselves and those who agree with them in the most embarrassingly gratuitous style. 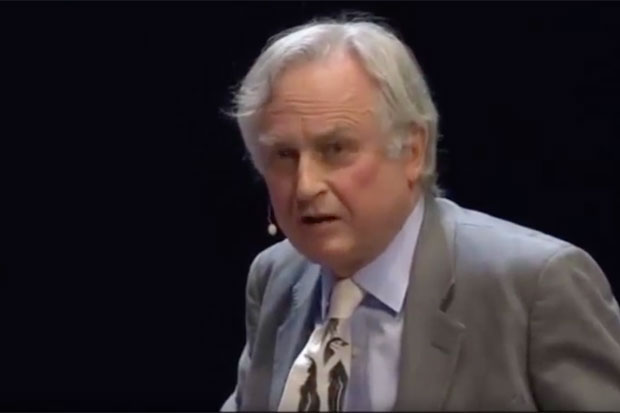 Dawkin’s obituary for Christopher Hitchens claimed that Hitchen’s “very character became an outstanding and unmistakable symbol of the honesty and dignity of atheism, as well as of the worth and dignity of the human being when not debased by the infantile babblings of religion”.

This kind of dichotomy impresses legions of male atheists on the internet and elsewhere, who consider this kind of thing terrific, and advocates of atheism really brave. We are so dignified and honest, they tell themselves. Not like the infantile babbling of religion.

This has little resemblance to rationalism. Those who actually do prize reason set themselves the challenge, in the words of Bertrand Russell, of applying “solvent criticism especially to the beliefs that we find it most painful to doubt”.

The new atheists don’t look within. They look outwards, and demand that the religious apply solvent criticism to their own beliefs. Whilst the rationalist calls for introspection, the new atheists call for other people to introspect. They’re already so smart and logical: they don’t even believe in religion.

The result of this movement is smug and off-putting, characterised mostly by groupthink fanaticism, as atheists find new ways to challenge the religious, and make more extreme proposals to address the backwardness of believers.

Squarely within this tradition is the op-ed published in New Matilda this week by Brian Morris. Morris is the director of some organisation called Plain Reason, and apparently self-published a book called “Sacred to Secular”.

Morris’ argument runs as follows. The Liberals and the Australian Labor Party both currently oppose same sex marriage being legally recognised in Australia. What prevents Australia changing this law? “The answer, glaringly, is religion!”

And what is the solution? Well, it seems Morris thinks politicians should be forced to declare their religious beliefs. He writes, “All members of parliament are currently required to declare their pecuniary interests, for obvious reasons of probity. Is it too much to ask that they also declare, openly and honestly, the extent of their religious beliefs? And, to be wholly accountable, to then place them on the public record?”

Morris claims that “the voting public has a right to know where their elected representatives stand – not merely their Church allegiances but the full extent of their religious beliefs.” Morris concludes by claiming that, “We must end the era where parliamentary religion can silently and covertly impact so heavily on the contemporary socio-political agenda.”

Rather boldly, Morris also claims, “Australia must take the bold step and finally remove an archaic Christian taboo – the one that prohibits any public challenge to religious authority, and demands [sic]a pious right to secrecy. It's that very taboo of silence that lead to the Child Abuse Royal Commission, and thousands of victims finally being heard.”

Suppose this were done. Then what? Just because Morris doesn’t like religion, doesn’t mean Australians share his intolerance. The fact that this or that politician is conservative and religious doesn’t mean that no-one would vote for them, or that they would be shamed out of public life for their views.

The fact that most religious conservative politicians don’t adopt religious rhetoric in Australia – as their counterparts do in the United States of America – in my view is a good thing. There is no reason to think that a politician solemnly announcing they are a Lutheran or Catholic or whatever will have much influence on Australian political life, let alone legislate for Morris’s favoured causes.

Suppose alternatively that politicians didn’t want to make their personal religious beliefs public. Suppose that they didn’t think they should have to declare all their beliefs, doubts and wonders about the world in the same way as they are supposed to scrupulously record their pecuniary interests. Then what? Will they be publicly examined by some sort of Committee? Will someone called Rothfield or Cohen be asked if they have now or have ever been a practicing Jew? What happens if someone refuses to discuss their religious views? Will they be blacklisted, or imprisoned for failure to cooperate with the authorities investigating religious views?

It is not hard to imagine what route such an investigative body would go down. Right now, the group most commonly demonised in mass media in Australia, with the possible exception of asylum seekers, is Muslims. One can just imagine Cory Bernardi solemnly heading a committee demanding a Muslim MP fully disclose the nature of her beliefs, if she eats halal food, believes in “Sharia law” and so on.

And why should such investigations be limited to private religious beliefs? Why not also investigate political beliefs? There are presumably plenty of politicians who would love to find out if Lee Rhiannon is now, or has ever been, a communist.

Morris may reply that his op-ed only discussed conservative Christians. So let us take a trip down memory lane. In his book Hate Speech, Samuel Walker briefly reviews the history of the House Un-American Activities Committee (HUAC). It was essentially created by Representative Samuel Dickstein, a Jewish Congressman, who wanted to expose Fascist groups in the US.

Though there was originally little support for his proposed organisation, this changed when conservatives decided they wanted to investigate leftists, creating the Special Committee on Un-American Activities in May 1938. Dickstein wasn’t appointed to it.

Walker notes that, “Giving only the briefest attention to Fascist groups, HUAC directed virtually all its fire at Communists, alleged Communists, the labor movement, liberals and the New Deal. Moreover, HUAC became a prominent vehicle for some of the worst anti-Semitism.”

As many readers will know, HUAC was later used for Joe McCarthy’s crusade against alleged American communists.

Walker concludes that Dickstein’s “role in promoting the creation of HUAC stands as a sobering lesson on how measures designed to attack ethnic and religious intolerance can readily be used to promote intolerance itself.” Those familiar with McCarthyism might be a bit surprised that a supposedly progressive Australian, advocating progressive policies, thinks nothing of forcing people to declare their private beliefs.

There isn’t very much else to say about Morris’s op-ed. It is part of a broader trend of supposed liberals embracing intolerance and illiberalism in defence of what Akbar Ganji called “secular fundamentalism”. Ganji, the great Iranian dissident, was referring to those identifying as secular liberals in Egypt, who supported a military coup to overthrow an Islamist government, having lost a raft of free and fair elections. Ganji identifies similar forces of secular intolerance in France and Turkey.

The role of Western new atheists isn’t quite as pernicious, but it’s still mostly dishonourable. As Jesus would remind them, “why beholdest thou the mote that is in thy brother's eye, but considerest not the beam that is in thine own eye?”

For those who want to do the Lord’s work and make Australia a better place, there are certainly enough secular problems worthy of atheist attention.