In 2009, British newspapers revealed that Conservative MP Sir Peter Viggers had invoiced taxpayers for the ornamental duck house he’d erected in his personal pond, just as his fellow parliamentarian Sir Michael Spicer had charged the public for costs he’d incurred hanging his chandeliers.

These and the other excesses uncovered during the British expenses scandal (with 389 out 752 current and former MPs caught making illegitimate claims) will sound depressingly familiar to Australian readers, a prefiguration of Bronwyn Bishop’s helicopter antics, Tony Burke’s family holiday to Uluru, and George Brandis’ gondolier rides.

But here’s another straw in the wind. In 2010, a newspaper searching for Britain’s lowest-claiming MP identified that paragon as a certain Jeremy Corbyn – the same Jeremy Corbyn now leading the race for the Labour leadership.

Until recently, the evolution of Labour with a ‘u’ paralleled that of its antipodean cousin, with Tony Blair, in particular, pioneering the media-savvy, market-driven politics increasingly embraced by social democrats throughout the world. The conventional description of Blair as a ‘moderniser’ reflects the perception of his ‘New Labour’ model as a necessary, even inevitable, adaption to the norms of the 21st century.

That’s why, if the difference between social democracy and its opponents has narrowed almost to non-existence, many commentators blame the electorate. The apathetic, non-unionised voters of the social media age care nothing, we are told, for big ideas; as a result, contemporary parliamentarians have no choice but to obsess over focus groups, eschewing policies that might alienate the readers of the Murdoch tabloids.

Or, to put it another way, we get the politicians we deserve, with the be-suited hollow men dominating Western parliaments an accurate reflection of the public’s indifference to (or outright hostility towards) conviction politics.

But the extraordinary reaction to Jeremy Corbyn’s leadership bid suggests a quite different analysis.

“The Labour party is in danger more mortal today than at any point in the over 100 years of its existence,” thundered Tony Blair, in one of the anti-Corbyn polemics emanating almost daily from Labour heavyweights. 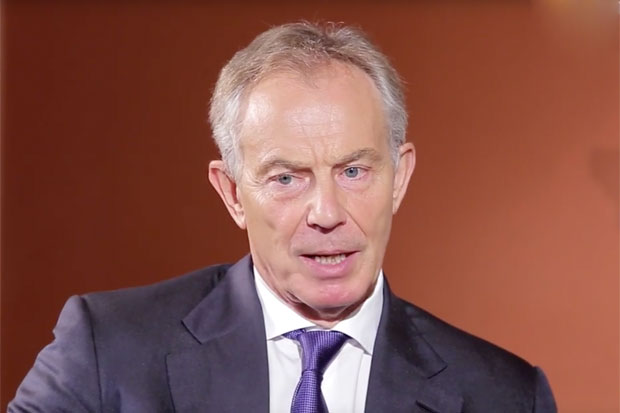 Thus Gordon Brown claims Corbyn would align Britain with Hamas and Hezbollah; Blair’s former media manager Alistair Campbell urges people to join Labour just so they can vote ‘ABC’ (that is, ‘Anyone but Corbyn’), even as Neil Kinnock blasts new recruits as ‘Trotskyites’ and representatives of the ‘Telegraph right’.

Many liberal pundits are taking a similar line, with Suzanne Moore denouncing Corbyn as ‘an unbecoming exercise in self-flagellation that is curiously indulgent’; Martin Kettle claiming Corbyn’s rise shows Labour turning to ‘the classic denial mechanisms of the politically traumatised’ and Jonathan Jones implying he represents Soviet-style communism.

Here in Australia, the reaction’s been similar.

“The prospect of Corbyn as British PM is utterly horrific,” writes Greg Sheridan. “It is a sign of the widespread derangement in Western politics today. This derangement is now a serious problem. It is having truly perverse and increasingly dangerous consequences.”

What’s Jeremy Corbyn done to deserve all this?

You’d never know from these fulminations that Corbyn’s simply an old-fashioned Labourite, advocating a set of policies once commonplace in both Labour and Labor parties.

Yes, he’s a vegetarian with a beard; yes, he belongs to the Socialist Campaign Group, and was once arrested for protesting apartheid during the 1980s. But, in 2015, neither whiskers nor vegetarianism nor opposition to racism are quite as crazy as Corbyn’s opponents would suggest.

In fact, as Ian Sinclair points out, most of Corbyn’s supposedly controversial positions are, in fact, entirely in line with popular sentiment – often far more so than his ‘mainstream’ opponents.

Corbyn wants to keep the National Health Service publicly run; so, too, does 84 per cent of the population. He advocates nationalisation of the railways – and surveys show that 66 per cent of voters agree. He backs rent controls, along with 60 percent of the public. Even on the abolition of Trident nuclear weapons – a stance for which Corbyn’s regularly derided – most studies show a slim majority supports Corbyn over his critics.

As a result, the polls simply do not reflect the oft-asserted claim that Corbyn is electoral poison. The Evening Standard recently carried a survey showing that, in London, Corbyn had garnered more support than his two nearest rivals put together, while another poll suggested he was more popular throughout the country as a whole than any of the other candidates.

The title the Guardian gave Blair’s attack on Corbyn revealed the peculiar dynamic unfolding. It was headlined: ‘Even if you hate me, don’t take Labour over the cliff.’

For, of course, the enthusiasm engendered by Corbyn also reflects a deep disdain for Blair and his legacy.

As Prime Minister, Tony Blair facilitated the Iraq war, an intervention that left hundreds of thousands dead and set in train the chaos that continues to wrack the region. Though many media figures supported the invasion, the public never did – which is why Corbyn’s role in the Stop the War Coalition is an electoral plus.

Endorsing Blair’s attack on Corbyn, the rightwing Telegraph explained that, “more than 10 years since he last contested an election, [Tony Blair] remains the party’s most eloquent advocate of a more sensible approach to business and wealth.”

Actually, since his retirement from politics, Blair has devoted himself to shameless self-enrichment, working on behalf of some of the world’s most authoritarian regimes. Seamus Milne noted the former PM’s close support for the dictators of Egypt after their violent overthrow of a democratic government, as well as the $13 million he was said to have earned in the employ of the repressive government in Kazakhstan, even as it cracked down on pro-democracy protesters. In that context, Corbyn’s refusal to join his colleagues in the scramble for parliamentary lurks and perks seems both personably admirable and indicative of an ‘approach to business and wealth’ far preferable to Blair’s naked greed.

To put it another way, Labour Party members are backing Corbyn precisely because they want an alternative to Blairism, even as the Labour hierarchy and its media backers declare no alternative to be possible.

That’s why for so many senior Labour figures, the real nightmare is Corbyn’s popularity, not his lack of it – and why they’re doing everything to sabotage a fair election.

Recently, in the London Review of Books, the academic David Runciman floated the prospect of fixing the ballot to prevent a Corbyn victory. That might seem like a literary provocation – except now we learn that Lord Mandelson, a key New Labour personality, has been trying to convince the other candidates to pull out of the race en-masse so that the party would be forced to suspend the election.

Meanwhile, Labour MPs have announced they’ll start plotting against Corbyn from the first day he’s installed – if not before. “Am I going to put up with some crazy left wing policies that he is putting forward,” said one, “and traipse through the voting lobby to support him? It's not going to happen is it!”

Indeed, two shadow cabinet ministers have, apparently, already formed a group dubbed ‘the Resistance’, working to bring Corbyn down before he’s even elected.

In the face of such internal opposition – and what will be an unremittingly hostile media – a Corbyn-led Labour Party may well struggle.

But that’s a point quite different from the argument many pundits are making.

Actually, it’s quite clear that, all over the world, people crave a fundamentally different kind of politics. It’s the politicians and the media, not the punters, who are committed to the status quo.

No-one expresses this as overtly as Greg Sheridan.

“Corbyn’s positions are,” he tells us, “at once antique, bizarre, ideological, extreme left-wing and absurd.”

(Again, let’s remember that these ‘absurd’ positions are generally shared by most of the electorate).

Sheridan concludes: “For all his sins and failings, it is by no means clear that any other figure on the centre-Right could hold the fissiparous electoral coalition together in Australia as well as Tony Abbott has. At the moment, there is no Corbyn on our horizon. Thank God. But we shouldn’t be complacent. We are often just a few years behind the trend, in this case a truly awful trend.”

What does that mean? Sheridan is urging the political class to rally to Tony Abbott (one of the most unpopular leaders in Australian history) on the basis that, if the voters have other options, they might vote for ideas they actually like.

And we all know how terrible that would be.