Age is no guarantee of wisdom. Peter Walker, the black preacher who this week organised a protest opposing same-sex marriage on behalf of ‘Aboriginal elders’, is the living, breathing proof of that.

Pastor Walker is the man behind the ‘bark petition’ delivered to Parliament in Canberra during the week, which opposed same sex marriage and called for the sanctity of “traditional marriage” to be preserved.

We’ll return to the meaning of ‘traditional marriage’ shortly, because the background is pretty staggering in its own right.

The petition purports to have been delivered on behalf of “Aboriginal Australia”. That’s a pretty big call considering the diversity of views of the 600,000-plus blackfellas across the continent, let alone the fact the subject is a piece of bigoted white legislation which has been used to discriminate for decades.

The group met with anti-marriage equality Senator Eric Abetz, who praised them for supporting traditional marriage which had been “proven and tested for millennia”… millennia obviously being Eric-speak for ‘54 years’, which is how long the Marriage Act of Australia has been in force.

The petitioners are, of course, entitled to their opinion. But given they’re presenting themselves as “Aboriginal leaders” and delivering the petition on behalf of ALL Aboriginal Australians, the rest of us are entitled to know what other opinions they hold. 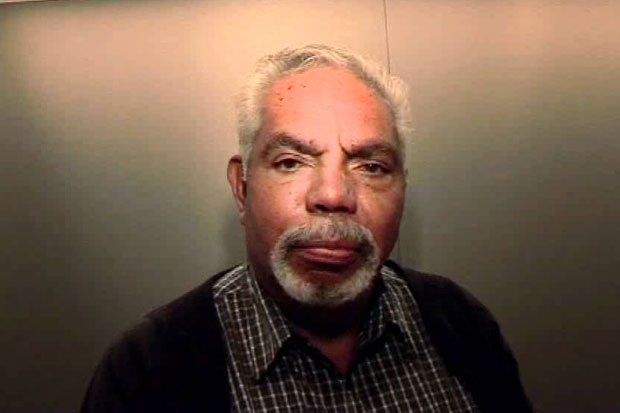 Here’s Pastor Walker reportedly addressing a 200-strong crowd outside another anti-marriage equality rally at Parliament in August 2012: “I'm convinced that homosexuals (re)produces themselves by molesting children.”

A church leader lecturing the rest of us about the molestation of children… cue the crickets and tumbleweeds.

It’s a pretty impressive list, and more than a mouthful. It also happens to be tiny fraction of the actual number of surviving Aboriginal nations in Australia (more than 200).

Setting that aside, I know an awful lot of Aboriginal people. Like most, I also have eight fingers and two thumbs, but I don’t need that many to count how many blackfellas I know who oppose same-sex marriage.

One of those who definitely doesn’t is my sister, Rachel.

Rach is both Aboriginal and gay. She’s a walking minority (and a lovely one at that). Rach lives in New Zealand, and flew into Sydney two weeks ago for the day.

Within an hour of landing, she’d been called a “dyke” by a sneering old white man. Needless to say, that’s never happened to her in Aotearoa, where same-sex marriage has been legalized.

My sister’s experience – people targeting her for abuse on the basis of who she loves – is just one of the reasons why the ‘bark petition’ has outraged me, and many others.

Speaking of which, I’ll let Celeste Liddle, one of the nation’s most impressive young Aboriginal writers, thinkers and activists, explain it, because she’ll do a far better job than me.

“There are several reasons I am incensed to see this petition… first and most … it's because the Arrernte are named as being one of the groups of which support has been derived for this petition.

“I am Arrernte and I say plainly and clearly that THESE PEOPLE DO NOT SPEAK FOR ME. Indeed, I strongly doubt that they speak for many, if any, of the groups they have named and the fact that they have named these groups is a rude and despicable act.

“They have claimed authority on this stance while having none and I am so offended by their actions that I am calling it out.

“I have seen some ‘Stockholm Syndrome’ stuff in my time in activism, but this really stands out. And it is news to me from an Arrernte perspective that marriage between a man and a woman is tradition and that other forms of marriage would be an affront.

“Last I checked, traditional marriage in Arrernte customs tended to include polygyny as well as monogamous pairings and certainly, we were not unique in this across the country.

“Polygyny, as opposed to the broader ‘polygamy’ is the marriage of one man to several women. So this "tradition" that the signatories… are crowing about – does it stretch to include actual traditions or are we conveniently overlooking some practices in order to be compliant and in accordance with the wishes of our oppressors?”

You can read more of Celeste’s work at her blog here.