In news this week, Fox News, RedState (we Googled it – it’s the biggest gathering of conservative activists in the U.S. – so bummed we weren’t there) and even Rupert Murdoch, have expressed their disapproval of Presidential candidate Donald Trump’s comments regarding Fox News host Megyn Kelly.

Just in case you missed that, FOX NEWS and RUPERT MURDOCH are taking the moral high ground. Well, this is a political moment we never thought we’d see. It’s almost akin to Hitler (@HeilHitler39) tweeting @JosefStalin ‘Have some respect. You need to learn how to operate in public life, you buffoon! Beenden sie die Tötung! #quitthekilling’. 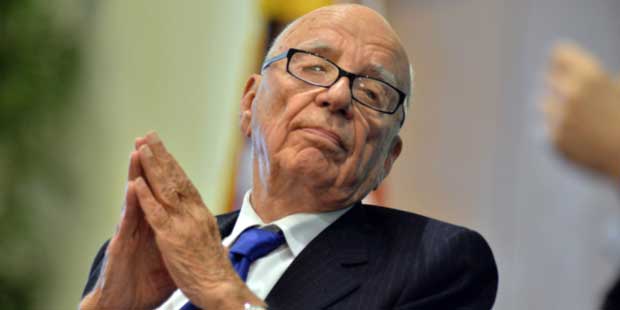 Women everywhere cried ‘OH NO HE DI’NT!’, and even Republican men found it difficult to deny the inherent sexism of his statement.

Of course, we cannot be sure that ‘menstruation’, a word that no person in the media has yet looked comfortable saying, was what Trump was referring to. So, he is either a misogynistic dimwit who purposely alienated at least half his electorate, or an extremely inarticulate, ignorant speaker who accidentally alienated at least half his electorate.

They are our two options. Both of which are undesirable in a future President.

Trump maintains that he was misunderstood, and asked CNN, “Do you really think I’d make a stupid statement like that?”

To which we evoke the following evidence:

"I am being proven right about massive vaccinations — the doctors lied. Save our children and their future.” Trump against vaccination. Twitter, 2014.

“I will build the wall and Mexico is going to pay for it.” Trump discussing Great Wall of Mexico to keep Mexican’s out of America. CNN, 2015.

So, yes Donald. We do think you would make a stupid statement like that.

What we cannot understand is why anyone was surprised that a man who;

1. Owns the Miss Universe pageant, including Miss USA, and Miss Teen USA. Trump: “But of course I love women! Look how many I own!”

3. Has written that all women flirt with him in the work place (ew); and

4. Has suggested that men do the “talking about politics thing”.

would indeed happen to say something sexist. Sexist comments tend to happen when the speaker is very clearly sexist. The controversy began when a woman, whose job it was to ask questions, dared ask Trump a question at the GOP debate.

Megyn Kelly quoted some of Trump’s many sexist comments, and asked how he would respond to the inevitable charge from Hillary Clinton that he is part of the “war on women”.

Being a highly professional Presidential candidate, Trump responded that he only used the terms “fat pigs”, “dogs”, and “disgusting animals” to refer to Rosie O’Donnell, which of course no longer makes the comments sexist, and instead makes them funny. Because Rosie O’Donnell.

While one would expect Kelly (and women in general, for that matter) to be the ones offended by the exchange, it was Trump who decided he felt victimised, and suggested that Kelly had a hidden agenda.

Oh… we think we know what her agenda was. It was…er…women…and their…um…rights.

You see, derogatory attitudes towards women are troubling, but they are particularly troubling when the person expressing them is in the running to become President of the United States, and therefore has the power to, you know, legislate their beliefs.

It is cryptically hidden in the opening theme song of a little known television show entitled ‘The Apprentice’. ‘Money, money, money, moooney, MOOOONEY’. And, there it is.

Despite this agenda, Trump has defended himself claiming, “I cherish women. I want to help them”. Even when he is trying to be female-friendly, he is about as appealing to women as Clive Palmer is to, well, anyone.

Although Trump is unequivocally God’s gift to comedians everywhere, who may never have to write another joke in their careers, Trump’s success thus far is seriously disturbing.

Bad politicians, in the end, aren’t that funny.

John Steinbeck famously wrote “socialism never took root in America because the poor see themselves not as an exploited proletariat but as temporarily embarrassed millionaires”.

It is precisely these Americans who are invested in Trump, because he perpetuates the myth of the American Dream.

There is nothing to admire in this real estate mogul (he looks exactly how that sounds), who proclaims that he has a Gucci store worth more than Mitt Romney. He is no more than a businessman, bully, and an Internet troll, who happens to have 9 billion dollars, or so he claims.

Wealth does not qualify you to become President, and for the sake of all the Americans who are poor because people like Donald Trump are rich, we hope that the events of the last few weeks have been the ‘I can see Russia from my house’ moment of this election.

That is, we hope Trump is just some comic relief in an otherwise meaningful time for American politics. Surely it can’t be long before the temporarily embarrassed millionaires become aware of their exploitation and muster up the courage to say: Trump, you’re fired.