As the world waited yesterday with bated breath for the White House to unveil Obama’s ‘Clean Energy Plan’ – a centrepiece policy in his Presidential twilight – international media speculated widely about what it would include.

A leg up for renewables was almost certain; regulation to cap pollution from coal-fired power stations widely expected; and there were even murmurs of a last minute push to tread the often tenuous political ground of carbon trading.

But while the international community was eager to see how Obama would pick and choose from the smorgasbord of options he’d left himself, it also carried on with the moribund work of waiting for the Abbott government to either fall on its political sword or explain why Australia doesn’t have a credible climate policy.

Yet another report, prepared this time by RepuTex Market Analytics, contributed yet another nail in the political coffin Federal Environment Minister Greg Hunt has been carefully crafting for years.

Clearly, there will be no carbon tax. Axing the tax has – as we all know, know, know – been perhaps the government’s proudest achievement. And true to form, after Labor announced a couple of weeks back that they would introduce an emissions trading scheme, Hunt has repeatedly parroted the false declaration that “an emissions trading scheme is just a carbon tax with a different name”.

Presumably that means that an ETS – favoured by lefty institutions like the World Bank, International Monetary Fund and at least 40 national governments worldwide – is also off the cards.

Let’s face it, this government has always been about Direct Action! Getting in there; planting trees; raising a (green) army! That’s the ticket to electoral success and the government shows no indication of admitting one syllable of failure.

But there are other ways – besides great big new taxes on everything – to tackle emissions. In the pensive hours before the major new US policy was detailed, media speculated it would pave the way for a massive escalation in renewables deployment.

On this point too though, the government has been direct with the Australian people about its inaction.

As the Prime Minister, defending the government’s tardiness in slashing the Renewable Energy Target, told broadcaster Alan Jones: “What we did recently in the Senate was to reduce, Alan, capital R-E-D-U-C-E, the number of these things [wind turbines]that we are going to get in the future.”

“Frankly,” Abbott said, “I would have liked to have reduced the number a lot more”.

While it “got the best deal [it]could out of the Senate”, the government only managed to cause investment in renewables to tank by 90 per cent. What a hash! But the point is that renewables have more or less been ruled out by the Abbott government.

So why not just pump up the Direct Action to give the government a way out of this jam?

Here’s the thing; the only way the government could feasibly use Direct Action to cut carbon pollution to the levels that’ll be required after the current 2020 commitment period is by dramatically modifying the so-called ‘safeguard mechanism’ that’s built into the scheme. 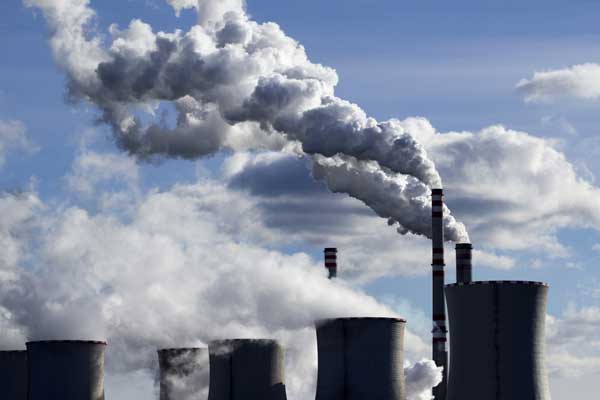 Under its policy the Abbott government pays polluters to pollute a little less, and the safeguard mechanism was supposed to prevent the polluters that aren’t being paid from going silly and increasing their emissions.

Right now, it’s more or less lying dormant, which brings us back to that RepuTex analysis and its judgement of the government’s climate policy as “untenable” unless the safeguard mechanism is beefed up.

As the analysis notes, “None of Australia’s top 20 emitting facilities are currently expected to incur any liability under the scheme, despite almost all being forecast to grow their emissions over the next ten years.”

Basically, there’s nothing to stop big polluters from polluting more unless there’s a serious tightening of the policy, and emissions increases from those vast majority of companies that would have no obligation under Direct Action to cut their carbon are likely to far outweigh the mitigation that the government is using our money to pay for.

But there’s hope. “While the scheme is currently a ‘toothless tiger’, it may readily be characterised as a ‘hidden dragon’ given the potential scope for a more meaningful compliance market to emerge,” the RepuTex analysis said.

Unfortunately for the Abbott government the Labor Opposition, which might ordinarily be quite fairly characterised as a ‘toothless tiger’, would exploit the hypocrisy the government would need to display to fix the safeguard mechanism in its quest to make climate change a key battleground at the next Federal election.

For the government to make the ‘safeguard’ mechanism work, it would effectively need to put a cap on carbon in the economy and create a financial disincentive for polluters who exceed their share.

On Hunt’s warped logic, which dismisses anything that caps pollution, that’s just another damn carbon tax.