On the declaration of the United Church of Christ’s recent vote to divest from companies profiteering from human rights violations across the globe, including those engaged in the illegal Israeli settlement project, Jewish Voice for Peace board member Lev Hirschhorn enthusiastically announced, "We’re on the precipice of a new political moment.”

This is as true in America as it is in Australia. The plight of the Palestinians is finally beginning to capture attention. Only a decade ago, it seemed as though the military occupation was intractable, that the occupied Palestinian territories were to forever remain under the heavy-handed rule of its neighbour.

What has changed? Ten years ago, an extraordinary cross-section of Palestinian civil society organisations, trade unions, and humanitarian groups decided to abandon the twice tried and twice failed tactic of intifada and instead pursued a campaign inspired and informed by the international response to apartheid in South Africa.

The call for boycott, divestment, and sanctions on Israel until it complies with international humanitarian law (BDS) is controversial, and has its detractors even within the sphere of Palestinian solidarity. But for the first time, it crystallised the possibility, even the superiority of non-violent resistance in the Palestinian collective consciousness.

The centrality of non-violent, humanist ideas to our pursuit of freedom and justice had of course been articulated much earlier by colossal figures, including the late post-colonial scholar Edward Said and Palestinian poet-laureate Mahmoud Darwish.

Their dream of a society where Palestinians and Israelis could love and live side-by-side has finally erupted beyond the realm of the Palestinian intelligentsia. However, our dream is contingent on the end to the occupation and the realisation of a Palestinian state.

But moreover, it requires us to break down the dichotomy of “pro-Palestine” and “pro-Israel” and to see these two positions as complementary. Ultimately, they are one and the same.

If a Palestinian state is to come into existence, both Palestinians and Israelis will need to come to terms with the fact that they are living right next door to one another.

Neither side has anything to gain from a perpetual blood feud. 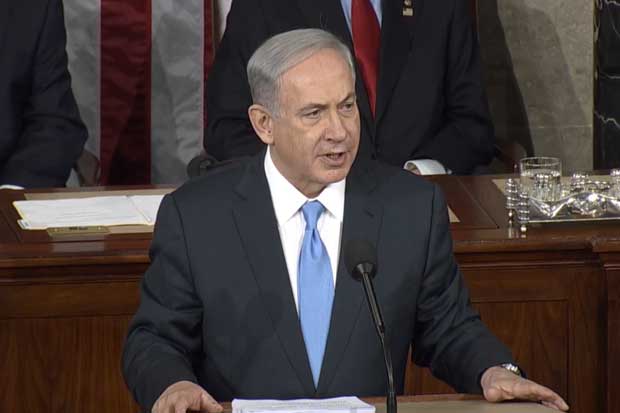 But more urgently, we must realise that Israel is being led down a self-destructive path. Netanyahu’s recent victory, his determination to accelerate the illegal settlement enterprise, and his outright rejection of Palestinian statehood are dragging Israel into a position from which it cannot recover. Indeed, this has been foreshadowed by Israeli journalists, scholars, activists, and opposition lawmakers.

Earlier this year, an editorial in Israeli newspaper Haaretz read, “What proved efficient electioneering [by Netanyahu]could turn out to be a destructive policy that puts Israel at risk.”

The question of Israeli security cannot be downplayed. Israeli journalist Amira Hass quotes a friend from Gaza, who writes, “I did not meet a single child who did not lose someone – a parent, grandmother, friend, aunt or neighbour. And I thought: If Hamas grew out of the generation of the first intifada, when the young people who threw stones were met with bullets, who will grow out of the generation that experienced the repeated massacres of the last seven years?”

Hass has only one thing to say in reply: “Our moral defeat will haunt us for many years to come.”

This is a bleak scenario for a country tormented by the not-too-distant memory of suicide bombings and continuing, spontaneous terror attacks. In the most recent military campaign in Gaza, Israeli forces killed some 1,500 civilians, including over 500 children.

Over 10,000 Palestinians were injured, including more than 3,000 children (a third of whom will remain permanently disabled), and almost 400,000 children are in need of specialised psychosocial support. In the midst of the rubble, Gazans must now contend with widespread food shortages under a restrictive blockade.

The scale of the humanitarian crisis in Gaza is beyond comprehension.

On the other side of the border, six Israeli civilians were killed. Any life lost to conflict is one too many, but the asymmetry of the conflict is plain to see. Seven-year-olds in Gaza have already lived through three military bombardments. This state of affairs can only breed vengeance and radicalisation, a future agony for Israel.

Hamas and other militant groups within Palestine only hold what political capital they have because they are seen to be “doing something” about Israel. As we work towards ending the occupation and the illegal settlement project, we simultaneously undermine these terror groups and build legitimacy for peace and reconciliation.

In that light, only a humanist vision brought alive by non-violent tactics can redeem Palestine and ensure Israel’s long-term security. Continued and uncritical support for Israel will only empower terror groups, prolong human suffering, and reinforce Netanyahu’s seemingly relentless determination to forever tarnish the Israeli state.

Someone who is “pro-Palestine” is therefore necessarily “pro-Israel”, be that implicit or acknowledged.

Last year when I founded Labor Friends of Palestine, I did not think that I was a friend of Palestine alone, nor do I believe that members of the ALP should have to choose between Palestine and Israel.

What they will have to choose between is stasis or change.

Israel has much to offer the world and will be, as it is now, a continuing leader in research and technology that will help us meet the challenges of the contemporary era. But the status quo vis-a-vis the Palestinian question is unacceptable.

This month at its triennial National Conference the ALP will consider a historic motion to recognise the State of Palestine alongside Israel. That sacrosanct mantra – two states for two peoples – is ultimately meaningless unless two states can come into existence.

The Israeli cabinet categorically rejects the concept of a separate Palestinian state, and the illegal settlement enterprise has flourished under Netanyahu’s premiership. 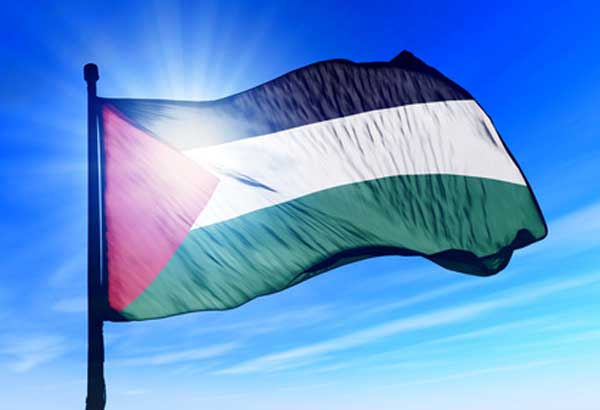 The recognition of Palestine does not solve any of the geopolitical complexities in the region, nor does it supersede a negotiated solution, but it does guarantee a future Palestinian state – an eventuality that is becoming increasingly distant.

It is a safeguard for a peace negotiations, not a replacement.

A salutatory awareness has emerged in the rank-and-file of the ALP, demanding action and leadership on the question of Palestine. The wind of change may now be a whisper, but it is not so hard to predict the coming gale: one look at the face of Labor heartland and the growing strength of Palestine advocates in Israel, the US, and even at home should serve as a clear indication of the future.

A majority of nations now support the recognition of Palestine, and so do a majority of Australians.

Only last year, hundreds of Israelis put their name to a letter urging British MPs to vote in favour of Palestinian recognition, among them colossal figures such as Nobel Prize in Economics laureate Daniel Kahneman, Israel Prize laureates, ex-ministers, and former attorney-general Michael Ben Yair.

They wrote: “We, Israelis who worry and care for the well-being of the State of Israel, believe that the long-term existence and security of Israel depends on the long-term existence and security of a Palestinian state. For this reason we the undersigned urge members of the UK parliament […] to recognize the state of Palestine alongside the State of Israel.”

As we approach National Conference, those of us in Labor, and indeed within broader society, will need to consider what it means to be a friend to Israel.

What does “the “long-term existence and security of Israel” mean to us?

Will it entail support for Israel’s right-wing government, or for those within Israel who want to see an end to the occupation?

Will it involve regurgitating the same old tired tropes of the Israeli establishment, or will it mean heeding the call of progressive Israelis and Jews in Israel and across the world?

* Fahad Ali is member of the Labor Party.