As anticipation mounts for the Abbott government’s post-2020 emissions reduction policy – with News Corporation this week floating a 7.25 per cent cut on 2000-level emissions as a possible target for 2030 – Australians are increasingly wondering if they can sue the government for negligence on climate change.

Ariane Wilkinson, a lawyer at Environmental Justice Australia, recently revealed the public interest law firm has “several clients around Australia who are very concerned about government inaction on climate change and that the current policies are failing us”.

“They come to us when they’re willing to use the law to check whether the government action is lawful and they would be choosing to do that because [of]the harm to Australians from government inaction on climate change,” she told SBS.

In discussion with New Matilda, Wilkinson points out that “climate litigation has had an important role in improving Australia’s laws,” and Environmental Justice Australia “thinks that it will continue to do this in the future”.

“We will keep an eye out on interesting and exciting developments from overseas,” she added. 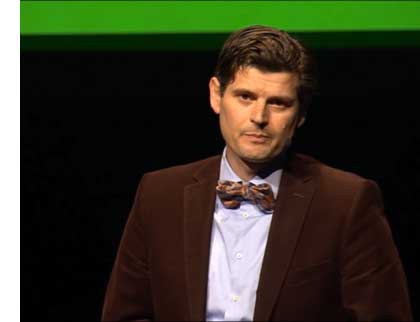 Wilkinson is bound by client confidentiality and can’t discuss the cases which are in their “early stages”, so New Matilda spoke with European attorney Roger Cox who inspired, and was the leading council in, a recent case that saw courts in the Netherlands force the Dutch government to up its emissions reductions targets for 2020 from 17 to 25 per cent.

“The basis of the case were some internationally accepted facts around climate change,” he said. “Basically [it was]all based on the Intergovernmental Panel on Climate Change reports,” which, like the Dutch government, Australia has accepted as the authoritative science on climate change.

“It’s important to understand that during the climate conference in Cancun, in 2010, all 195 signatory states to the United Nations climate treaty agreed that two degree warming of the average temperature of the Earth constitutes ‘dangerous’ climate change as defined by the treaty itself.

“… industrialised nations of the world also agreed, based on IPCC science, that to have a 50 per cent chance of staying below two degrees [they]would have to mitigate their greenhouse gasses by 25-40 per cent by 2020.”

The international treaties around climate change have a “soft law” status, but effectively the Dutch government was trapped by its own admissions on the global stage and domestic and European law was invoked to make those admissions actionable.

By accepting the climate science of the IPCC – that a two degree rise in global temperatures would endanger the ecosystems humans depend on; that to avoid a two degree warm a cut of between 25-40 per cent to emissions was needed by 2020 – and by failing to take that action, the Dutch government paved the way for a successful action in tort law.

Torts are the common law of civil wrongs, and the litigants’ argument went that by not even aiming to meet the 25 per cent minimum it had agreed was required, the government was being negligent in its duty to act to protect the Dutch people from a known harm.

“If you’re not contributing as a nation to keeping the warming below two degrees,” Cox said, “then basically the facts show that you’re actually contributing to creating an international, and therefore also a national, danger to your own communities and society”.

It’s a compelling rationale that’s already spreading around the world, with cases being prepared or pondered in countries including Belgium, the United States, the Philippines and Norway.

But legal systems are, of course, complex and varied. Still, Cox believes the basic premise of the Dutch case “should have legal value in Australian courts as well”.

“Canada and Australia would be two good countries to investigate further because the mitigation targets that have been set are very below-par,” he said.

It’s a method of change-making Cox has been exploring for years, notably through his book Revolution Justified which inspired the Dutch case. It investigates, as he put it to New Matilda, the opportunities for a legal remedy to break the stalemate on climate action because “20 years down the road the problem has only got worse”.

“That shows you that politics has a hard time dealing with this problem…and I thought once you bring this whole case to a court, then the debate will be completely different. In a court, states cannot deny IPCC findings because they have agreed and established these reports in a way.

“States cannot just say ‘well we cannot do anything about this problem because we will ruin our economy’ because a court will ask ‘well, this is all fine but, you know, give us a motivation why this is the case’. So the debate is completely different.”

Effectively, governments are forced to argue with facts, rather than rhetoric. 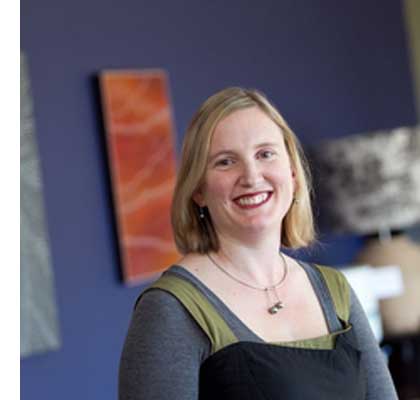 The premise may be sound, but leading Australian climate litigation expert Professor Jacqueline Peel told New Matilda from California, where she’s a Visiting Scholar at Stanford University, that “the legal provisions the Dutch litigants relied on in the Netherlands system are quite different than anything we have in the Australian legal system”.

This gives rise to complex legal questions, but Prof Peel said the bottom line is that to be successful a case would “require some judicial inventiveness to mould the existing tort law to fit that situation”.

Historically that’s often been the case when it comes to big breakthroughs on tough legal questions – the Mabo case that overturned the legal fiction of Terra Nullius springs to mind.

“My feeling at the moment,” she said, “is that probably what groups will do is bring cases inspired by this particular case in the Netherlands rather than modelling litigation directly on it.

“I’d expect some of them to go the kind of ‘try a torts case and see how far it takes them’ direction.”

Others, she said, might “try and use some of the logic of the arguments from the Dutch case – such as the reliance on the science, and the court’s treatment of the issue of particular activities’ emissions being, or not being, too small a contribution to be important – in their own particular setting.”

The first hurdle in a Dutch-inspired case is to establishing ‘standing’ – or the right to have your case brought before the courts. Australia’s rules on standing are much stricter, and originate from common law rules which typically require litigants to prove a direct link to, or interest in, a particular matter.

“It’s harder to show a special interest with climate change because it’s a global problem and so [the question is]how do you show that you have some sort of special linkage to this issue that’s above and beyond any other group?” Prof Peel said.

After that, litigants would need to make out the argument that the government owes citizens a duty of care to safeguard its people from climate change, and that if that duty of care was breached through inaction it would give rise to material harm to the citizens who are owed the duty of care. 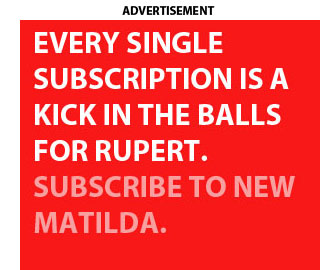 Peel said a certain level of “judicial bravery” would be needed for courts to navigate these uncharted waters along the course proposed by litigants, but that she can “imagine, in the wake of the Dutch case, that environmental groups in Australia are definitely considering something along the same lines”.

“It would definitely be a test case, so not one where they’re kind of anticipating necessarily a win, but a lot of people would see it as akin to the tobacco litigation that took place particularly in the US where there were a lot of early losses as litigants felt their way through various procedural issues.”

Obviously the lower the government sets its upcoming climate targets for the post-2020 period, the more compelling the sort of argument Cox makes could potentially be. It wasn’t examined closely in the Dutch case, but Peel said it’s possible the vast subsidies Australia pays out to fossil fuel interests could also prove significant, because it’s something the government is “doing in an adverse sense to continue a high emissions profile”.

“These questions about harm to Australians themselves and a failure of policy to deliver on the emissions reductions required to stop dangerous climate change have not been before an Australian court,” Wilkinson said.

All three lawyers New Matilda interviewed for this story, though, believe that the Dutch case could open the legal floodgates on governments that aren't doing their share in the fight against climate change.

“The ramifications of the successful Dutch case are very strong,” Peel said.

“Even if there’s not other successful cases immediately you’d expect to start to see some shifts in behaviour of government and industry because they’re beginning to get concerned about the possibility of liability.”