A significant number of child abuse and sexual assault allegations have been recorded since the opening of the Nauru detention centre, with the Department of Immigration long aware of the alarming statistics, it has been revealed.

The company tasked with running the centre has recorded 67 allegations of child abuse, with 30 of the allegations relating to staff.

Transfield Services, the primary contractor overseeing the facility, published the figures in its response to questions fielded at an ongoing Senate Inquiry.

In a detailed response, the company said 33 allegations of sexual assault or rape had been lodged via the complaint and incident reporting frameworks used in the centre.

“Each of these allegations has been reported to the Department,” Transfield noted. 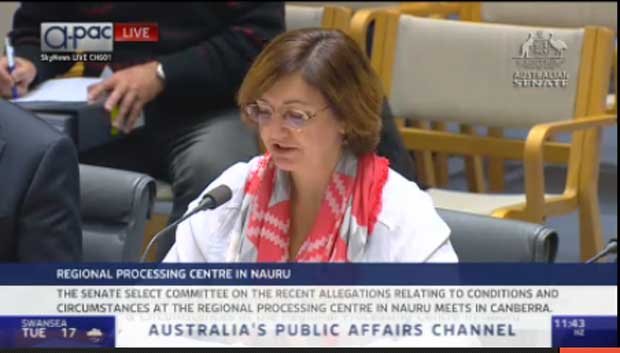 The exact timeframe over which the incidents occurred is not clear, though many fall between February 2014 and April 2015, when Transfield took over responsibility for managing complaints from the Salvation Army.

Transfield’s response also confirmed the company had been aware of some of the most startling allegations aired by Moss in his February 2015 report as early as June 2014.

Transfield’s reporting mechanisms recorded five incidents where contraband was allegedly exchanged for sexual favours, a practice Moss found may be occurring. In four of those cases the allegations were levelled against a member of staff. The incidents were referred to the Nauruan police.

“We do not have details of the police investigation but do understand that searches were conducted and numerous persons were interviewed,” Transfield said.

In a submission made to the ongoing Senate Inquiry, a former detention centre worker said Wilson staff had also recorded sex acts with refugees in the community and distributed the video.

The data in Transfield’s responses also showed a large number of complaints had been filed by those held in the camp in regards to their treatment by staff.

Of the 725 complaints made between February 2014 and April 2015, 18 resulted in referrals being made to the Nauruan police.

Wilson Security was by far the most common target of complaints.

On top of the allegations of sexual assault and child abuse, Transfield reported 253 cases of “actual self-harm” by asylum seekers between September 2012 and April 2015.

The figures come in the wake of a testy encounter in May between senior Transfield staff and members of the Senate Committee running the Inquiry after the Transfield representatives declined to answer scores of questions, instead taking them on notice.

Transfield will again front the Inquiry on July 20, along with Wilson, the Department of Immigration, and former Nauruan Chief Justice Geoffrey Eames.