As we noted earlier today, Transfield Services – the company tasked with overseeing the Manus and Nauru detention centres – has finally had its responses to questions filed at an ongoing Senate Inquiry into the latter facility published.

The document provides some disturbing if not unsurprising insights into life in the Nauru centre, including details around the high number of sexual assault allegations recorded.

Aside from those more serious allegations, the response also outlines some intriguing details about the operation of the centre and the people who work there.

Want To Get To Nauru? Start Doing Push-Ups

If you pay close attention to the various happenings on Nauru you’ll recall an incident involving a pack of ‘Emergency Response Officers’ working in the detention centre.

Eight of these friendly chaps – who are employed by Wilson Security, itself subtracted by Transfield – were busted in April posting extreme anti-Islamic content and hanging out with Pauline Hanson at a Reclaim Australia Rally… not a great look given they are there to ‘protect’ a largely Muslim cohort.

The documents lodged by Transfield to the Inquiry reveal exactly the kind of rigorous selection process applied to ensure members of this elite team are only the best and brightest.

While other roles require various levels of education or prior experience, joining the Emergency Response Officers requires nothing more than a “minimum fitness requirement”.

Like other employees, you’ll be given fairly intensive on-the-job training, including a full day of “batons and handcuffs” instruction. 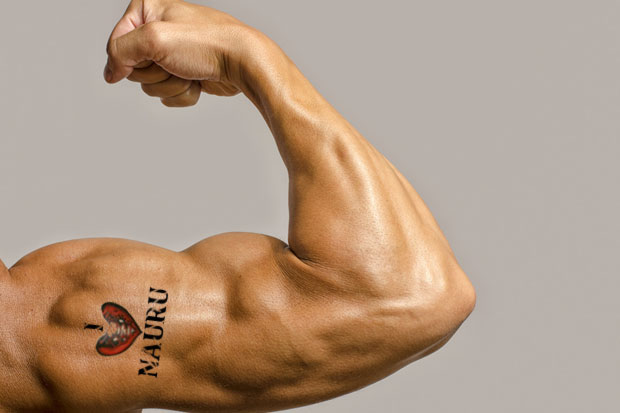 You’ll also be given an orientation and exposed to programs to help prepare you to deal with self-harm. Cultural awareness and regard for human rights are covered too, though we can only assume the eight staff who turned up at the Reclaim rally didn’t take that one to heart.

In recent months opposition MPs trying to return to Nauru have had their visas cancelled, while members of the judiciary have been expelled, and journalists remain barred from the island.

Who’s Blowing The Whistle At Transfield?

At a public hearing in May, Transfield bigwigs noted the company hosts a whistleblowing service that allows staff to anonymously report wrongdoing to an independent third party, potentially sparking an investigation.

But so far the process has seen zero investigations, a product of the fact a grand total of zero complaints have been made.

It’s a curious fact, given Transfield staff have been happy enough to provide media outlets with a record of the conditions in detention centres.

The lack of internal disclosures is worth noting given Labor MPs have vociferously defended their party’s decision to help pass the Border Force Act – which further criminalises disclosures of detention information – on the basis whistleblowers will still be protected by other legislation.

The laws they’re referring to require a leaker to jump over various hurdles. They also mandate internal avenues for redress be pursued first.

What we can take from the lack of love for Transfield’s whistleblower service is that staff working in detention centres are currently leaking before following all internal avenues.

But an equally likely conclusion is that the reason for leaking is not only to change the way the centre is being managed, but to serve a broader public interest by allowing the public to see what goes on in detention, as a former Christmas Island worker told New Matilda this week.

This is the kind of disclosure that is far less likely to be protected by the whistleblower laws already in place.

* New Matilda is an independent Australian media outlet. It relies almost entirely on subscriptions for its survival. Please consider subscribing.