An historic betrayal has consumed Greece. Having set aside the mandate of the Greek electorate, the Syriza government has willfully ignored last week’s landslide “No” vote and secretly agreed to a raft of repressive, impoverishing measures in return for a “bailout” that means sinister foreign control and a warning to the world.

Prime Minister Alexis Tsipras has pushed through parliament a proposal to cut at least 13 billion euros from the public purse – four billion euros more than the “austerity” figure rejected overwhelmingly by the majority of the Greek population in a referendum on July 5.

These reportedly include a 50 per cent increase in the cost of healthcare for pensioners, almost 40 per cent of whom live in poverty; deep cuts in public sector wages; the complete privatization of public facilities such as airports and ports; a rise in value added tax to 23 per cent, now applied to the Greek islands where people struggle to eke out a living. There is more to come.

“Anti-austerity party sweeps to stunning victory”, declared a Guardian headline on January 25. “Radical leftists” the paper called Tsipras and his impressively-educated comrades. They wore open neck shirts, and the finance minister rode a motorbike and was described as a “rock star of economics”. It was a façade. They were not radical in any sense of that cliched label, neither were they “anti-austerity”.

For six months Tsipras and the recently discarded finance minister, Yanis Varoufakis, shuttled between Athens and Brussels, Berlin and the other centres of European money power. Instead of social justice for Greece, they achieved a new indebtedness, a deeper impoverishment that would merely replace a systemic rottenness based on the theft of tax revenue by the Greek super-wealthy – in accordance with European “neo-liberal” values – and cheap, highly profitable loans from those now seeking Greece’s scalp.

Greece’s debt, reports an audit by the Greek parliament, “is illegal, illegitimate and odious”. Proportionally, it is less than 30 per cent that of the debt of Germany, its major creditor. It is less than the debt of European banks whose “bailout” in 2007-8 was barely controversial and unpunished. 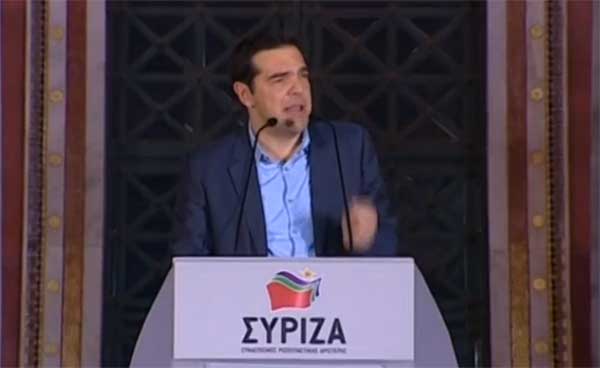 For a small country such as Greece, the euro is a colonial currency: a tether to a capitalist ideology so extreme that even the Pope pronounces it “intolerable” and “the dung of the devil”. The euro is to Greece what the US dollar is to remote territories in the Pacific, whose poverty and servility is guaranteed by their dependency.

In their travels to the court of the mighty in Brussels and Berlin, Tsipras and Varoufakis presented themselves neither as radicals nor “leftists” nor even honest social democrats, but as two slightly upstart supplicants in their pleas and demands.

Without underestimating the hostility they faced, it is fair to say they displayed no political courage. More than once, the Greek people found out about their “secret austerity plans” in leaks to the media: such as a June 30 letter published in the Financial Times, in which Tsipras promised the heads of the EU, the European Central Bank and the IMF to accept their basic, most vicious demands – which he has now accepted.

When the Greek electorate voted “no” on July 5 to this very kind of rotten deal, Tsipras said, “Come Monday and the Greek government will be at the negotiating table after the referendum with better terms for the Greek people”. Greeks had not voted for “better terms”. They had voted for justice and for sovereignty, as they had done on January 25.

The day after the January election a truly democratic and, yes, radical government would have stopped every euro leaving the country, repudiated the “illegal and odious” debt – as Argentina did successfully – and expedited a plan to leave the crippling Eurozone. But there was no plan. There was only a willingness to be “at the table” seeking “better terms”.

The true nature of Syriza has been seldom examined and explained. To the foreign media it is no more than “leftist” or “far left” or “hardline” – the usual misleading spray. Some of Syriza’s international supporters have reached, at times, levels of cheerleading reminiscent of the rise of Barack Obama. Few have asked: Who are these “radicals”? What do they believe in?

In 2013, Yanis Varoufakis wrote: “Should we welcome this crisis of European capitalism as an opportunity to replace it with a better system? Or should we be so worried about it as to embark upon a campaign for stabilising capitalism? To me, the answer is clear. Europe’s crisis is far less likely to give birth to a better alternative to capitalism…. 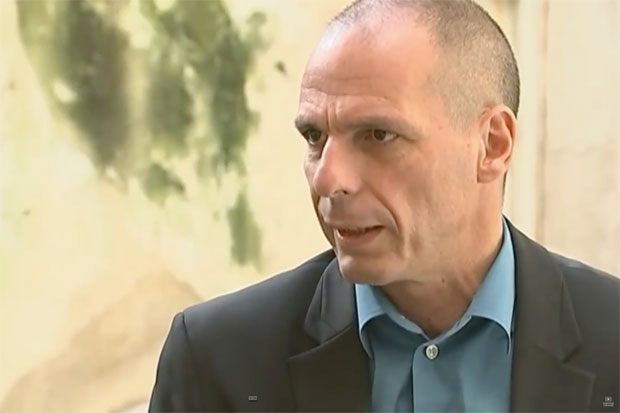 “I bow to the criticism that I have campaigned on an agenda founded on the assumption that the left was, and remains, squarely defeated…. Yes, I would love to put forward [a]radical agenda. But, no, I am not prepared to commit the [error of the British Labour Party following Thatcher’s victory].

“What good did we achieve in Britain in the early 1980s by promoting an agenda of socialist change that British society scorned while falling headlong into Thatcher’s neoliberal trip? Precisely none. What good will it do today to call for a dismantling of the Eurozone, of the European Union itself …?”

Varoufakis omits all mention of the Social Democratic Party that split the Labour vote and led to Blairism. In suggesting people in Britain “scorned socialist change” – when they were given no real opportunity to bring about that change – he echoes Blair.

The leaders of Syriza are revolutionaries of a kind – but their revolution is the perverse, familiar appropriation of social democratic and parliamentary movements by liberals groomed to comply with neo-liberal drivel and a social engineering whose authentic face is that of Wolfgang Schauble, Germany’s finance minister, an imperial thug. Like the Labour Party in Britain and its equivalents among former social democratic parties such as the Labor Party in Australia, still describing themselves as “liberal” or even “left”, Syriza is the product of an affluent, highly privileged, educated middle class, “schooled in postmodernism”, as Alex Lantier wrote.

For them, class is the unmentionable, let alone an enduring struggle, regardless of the reality of the lives of most human beings. Syriza’s luminaries are well-groomed; they lead not the resistance that ordinary people crave, as the Greek electorate has so bravely demonstrated, but “better terms” of a venal status quo that corrals and punishes the poor. When merged with “identity politics” and its insidious distractions, the consequence is not resistance, but subservience. “Mainstream” political life in Britain exemplifies this.

This is not inevitable, a done deal, if we wake up from the long, postmodern coma and reject the myths and deceptions of those who claim to represent us, and fight.