Ethiopia’s Omo Valley is one of the most culturally diverse places on the planet. Industrial-size sugar plantations and a soon to open dam are strangling indigenous communities over more than 375,000 hectares. Ethiopia is experiencing economic growth (though it’s a brutal dictatorship) and yet millions of its citizens suffer from chronic food shortages.

The government has sold vast tracts of land to a Turkish agri-business firm and other foreign investors, all without consultation with the Kara people. Forced displacement is common though the Ethiopian government denies it. A Malaysian company stands accused of disenfranchising the Suri people with its plantation in South-western Ethiopia. India is at the forefront of taking land across Ethiopia.

American photographer Jane Baldwin has been visiting the Omo River for a decade, documenting the gradual erosion of local rights, and she tells me via email that foreign investors threaten “self-sustaining agro-pastoral communities.” A local woman from the Nyangatom tribe, who can’t be named due to threats against her life, says that, “They are taking this river to sell the hydroelectric power. We say to them, if this river is taken from us, we might as well kill ourselves so we won’t starve to death. If you decide to make a dam there, before you start the dam, you better come here and kill us all.”

Ethiopia is just one country affected by land grabs conducted by Wall Street bankers, business opportunists and countries hungry for fertile territory. In Africa, global hedge funds are purchasing vast areas of land in Mali, Sierra Leone and Tanzania. A recent investigation by the Huffington Post and the International Consortium of Investigative Journalists found that the World Bank was complicit in the removal of the indigenous Sengwer people in Kenya.

American academic Michael Kugelman, from the Woodrow Wilson International Centre for Scholars and co-editor of The Global Farms Race, says that the main problem with foreign land deals is the lack of benefit to local stakeholders.

“Impoverished and food-insecure countries are giving away not only their precious farmland but also the food that springs from it”, he tells me via email. 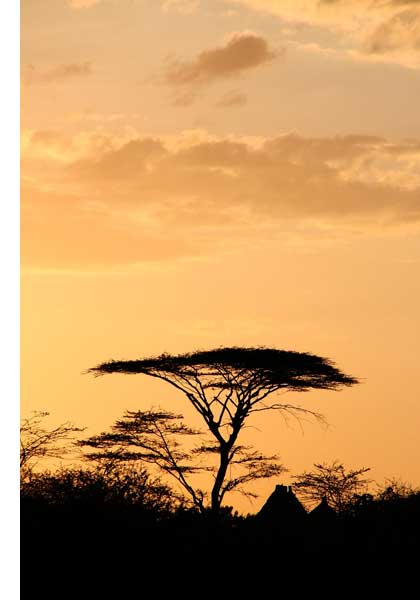 He explains that the key players buying up resources are China, the Gulf countries, East Asian states and the West – and they mostly target sub-Saharan Africa, Southeast Asia and Latin America. The need for reliable sources of farmland across Africa and the globe in an age of deforestation and climate change means controlling food production – or the arable land on which food can be grown – can give immense leverage over developing states. TIAA-CREF is one firm, an American financial group, who has invested US$5 billion in farmland from Brazil to Australia despite the lack of quick returns.

Yet local communities are often denied a voice. Australia’s four big banks – ANZ, Commonwealth, Westpac and National Australia Bank (NAB) – were accused in a 2014 Oxfam Australia report of kicking people off their lands in Papua New Guinea, Brazil, Indonesia and Cambodia in the agricultural and timber industries by funding local firms with poor records. For example, ANZ was caught backing a sugar plantation in Cambodia that involved child labour and forced evictions, though the bank denied the abuses.

More than one year later, after a public awareness campaign, Oxfam Australia’s Kelly Dent, working on its Economic Justice team, tells me via email that only NAB and Westpac have made small but important steps to work internationally with agribusinesses that, “respect the rights of all communities to free, prior and informed consent on land decisions.” No Australian bank has adopted the zero tolerance for land grabs measures recommended by Oxfam Australia.

In February the Australian government announced a partnership with ANZ Bank to “create a partnership that will significantly improve access to finance for many Pacific Islanders and enable them to participate in the formal economy, in some cases for the first time”. There were no details or guarantees that the necessary safeguards would be in place to ensure human rights were respected or confirmation that land grabs would be excluded.

Vulnerable nations are prime targets for investment. South Sudan attracted the eye of former Wall Street trader Phil Heilberg. He had leased one million acres of prime farmland in the 2000s and wanted one million more to lease in a country that was, until recently, the biggest in Africa and 10th largest on the planet before South Sudan’s independence in 2011. Through his company Jarch Capital, with former State Department and CIA officials on its board, Heilberg envisaged being a key private landowner in Africa.

At the end of 2013, civil war engulfed South Sudan. Tens of thousands of civilians were killed, sexual violence became endemic, children were recruited to fight and millions faced severe hunger. The war continues to rage today and Heilberg is no closer to securing his prize.

Today, despite a surplus of food in the fertile eastern regions, poor infrastructure and investment means that up to 50 per cent of the country’s food is imported. Heilberg tells me via email that foreign investment in food production is vital.

“When the World Food Program is your constant food supplier for decades, there is clearly something wrong.  Now we know that civil war has been the main culprit but South Sudan is large. Local farmers could co-exist with commercialised farming and greatly reduce prices.” 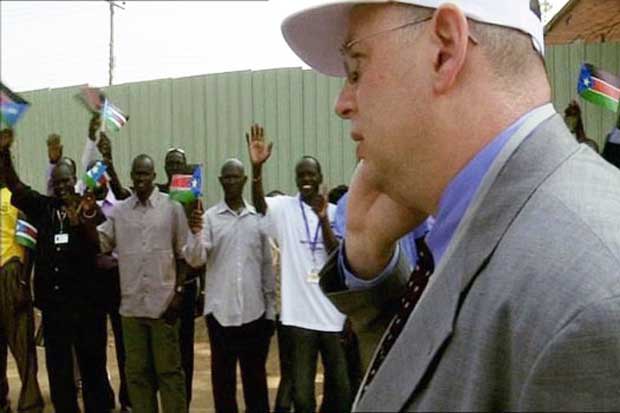 Jarch Capital is committed to “frontier Africa.” Heilberg met with the President of Equatorial Guinea, Teodoro Obiang Nguema Mbasogo, last year. He and other foreign executives visited the capital Malabo to examine opportunities in the infrastructure, transport, fishing, mining and energy sectors. Equatorial Guinea is one of the most repressive nations in Africa.

"We signed an MOU [memorandum of understanding]with Equatorial Guinea last February for agriculture," he says. "However, though agriculture gets the most attention, our main interests are in the mining sectors and hydrocarbons.”

There are potentially huge riches in South Sudan. According to a 2011 report by the South Sudan Law Society (SSLS), a South Sudanese think-tank, between 2007 and 2010 foreign interests acquired or sought 2.64 million hectares of land for biofuels, agriculture and forestry – a larger area than the entire country of Rwanda. Ongoing war has hugely reduced South Sudan’s attractiveness for investment.

The grab goes deeper than agricultural land. SSLS’s Research Department Director, David Deng, explains to me on the phone that the nation’s “war economy” means less regulation, and that some “investors come here under the guise of agriculture but are looking for minerals and resources”.

I recently visited areas in South Sudan where locals told me there were huge deposits of gold, diamond and copper but no industrial size companies have yet committed to exploration. However, a major oil deal with Spain’s Star Petroleum has raised eyebrows due to its secrecy and the company’s opaque structure.

Some frame the acquisition of land as a totemic struggle between the east and the west with the latter losing. A major investor in Africa is David Murrin, a former oil company geologist. He now runs Spartent Global Solutions, a security consultancy, and Emergent, an asset management company that has worked in Zambia, South Africa and Luxembourg. He tells me via email that America is an empire in decline, “lacking strategic vision”, while China “and those in ascension have it in spades, driven by the need to acquire resources to sustain expansion.”

It’s little wonder global resistance to land acquisition is growing. Large groups such as La Via Campesina, "the peasants' way", have spent 20 years fighting for food sovereignty on the streets, at the UN and in trade negotiations. Protestors in Haiti, Ivory Coast and Egypt have demanded cheaper food and decent subsidies. Powerful corporations push out small farmers, making food sovereignty impossible while hiking up prices.

Even the World Bank admits that the vast bulk of foreign investment in Africa doesn’t help the continent’s people, with aid and agricultural support often a smokescreen for multinationals looting nations’ wealth.

* Antony Loewenstein is an independent journalist based in South Sudan and author of the forthcoming book Disaster Capitalism: Making a Killing Out of Catastrophe.