On the subject of Andrew Bolt, I can be a bit of a broken record. When a Muslim person somewhere in the world does something bad, I turn to Bolt’s blog to find the kind of anti-Muslim animus that I figure it’ll be useful to critique.

There hasn’t been much variation in this routine going back six years. Conveniently, when trashing Muslims and Islam this time, Bolt seems to have supplied his own counter-arguments.

So, on 27 June, it wasn’t much of a surprise to find Bolt writing about Muslims again. He began:

“Muslim apologists here and abroad like to explain each outrage as a reflection of some crime by the West – oppression, imperialism, marginalisation, demonisation.”

I just want to pause on this point. Bolt doesn’t set up as the dangerously naïve and foolish those who would defend this or that interpretation of Islam. Bolt regards with suspicion those who would defend Muslims. I can think of a word for this, but let’s just conduct a thought experiment. Suppose someone were to write of “Jew apologists here and abroad who like to explain each outrage committed by Israel as a reflection of some crime by the West – oppression, persecution, genocide.” What kind of reaction might we expect for someone who wrote those words? And what kind of career might we predict for them?

But let us return to Bolt’s blog. He wrote: “But whatever the excuse, each fresh massacre – so many and now so florid with cruelty – gives the world reason to associate Islam with hatred and violence:” By “the world”, Bolt presumably means himself and other right-wingers, as opposed to “Muslim apologists” who just blame the West for everything. 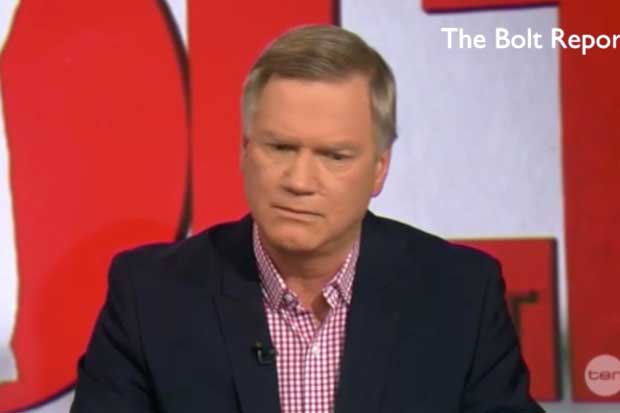 Bolt then catalogues a few events around the world, whose common thread is that they have Muslim perpetrators. It includes a “lone gunman” in Tunisia, who killed 37, including “Tunisians, British, Germans and Belgians”. In France, an Islamist cut someone’s head off. And in Kuwait, a suicide attack on a Shia mosque killed at least 27. The story cited by Bolt observed that “this is the first attack on a Shia mosque to take place in the small Gulf state”.

There are about 1.5 billion Muslims in the world. On one day, three of them killed innocent people. That is, 0.000000002 of Muslims killed people. That is one out of every 500, 000,000. Now – is this a statistically significant trend for that day? If one in 500 million white people committed rape on a given day, what conclusion would we draw about white people? What argument would we think that it bolstered?

Bolt draws his own conclusions: “The only way Islam can be made to seem a faith compatible with the West and not a threat is for Muslim leaders to reform it, not excuse it.”

What connection is there between Islam and the above? Well, he’s already drawn his conclusions – explained at greater length in his subsequent writings on the topic. But note how Bolt connects Islam – not some interpretations of Islam, but Islam – to the terrorist atrocities discussed, and concludes that it needs to be reformed to not seem like a “threat”. No prizes for guessing who Islam seems like a threat to.

If you want to understand why Bolt’s argument should be rejected, it might be helpful to turn to the writings of… Bolt. Readers may be familiar with Dylann Roof, an American white supremacist who murdered nine people in a black church in Charleston, South Carolina.

Responding on June 21 with the nuance we expect in relation to white people, Bolt wrote “There is already much talk about how Charleston killer Dylann Root [sic]defines the United States. But wait.” The heading he provided was “Define a community by the many, not the misfit”. This is good advice for Andrew Bolt to bear in mind when he writes about Muslims in future, though I’m not holding my breath.

Just as a side note on terrorism: in Europe, less than two per cent of terrorist attacks are religiously motivated, according to Europol. A study cited in the New York Times found that since September 11, 2001, in the US, white supremacists and other non-Muslim terrorists have killed 48 people. Jihadists killed 26 in the same period. To put this in perspective, over 14,000 people were murdered in the United States in 2013.

Returning to Bolt, on June 29 he trotted out his usual about Islam, Muslims, and those too soft-hearted to tell it like it really is about Islam and “Islamic terrorism”. Including Tony Abbott, who said what Daesh (ISIS) does “has nothing to do with religion”.

Bolt replied with scorn: “The Islamic State, which claims credit for the two worst attacks and is linked to the beheading, has nothing to do with Islam? For heaven’s sake, we can all read. ‘Islam’ is in the very title of this terrorist outfit.” 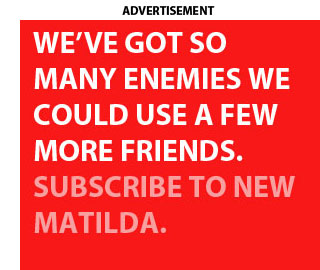 'Islam is in the title' might sound like a good, common-sense retort. Is this a knock-down, conclusive argument? A useful rebuttal was provided by… none other than Andrew Bolt. On June 27, his blog featured commentary on the ongoing fallout about the ABC having on Zaky Mallah. It began by quoting the words of Tony Abbott: “The issue for the ABC, our national broadcaster, is whose side are you on? Because all too often the ABC seems to be on everyone’s side but Australia’s.” ABC boss Mark Scott’s reply was then quoted: “The A in ABC is for Australian.”

Bolt then quoted the Daily Telegraph: “So is the A in CPA. The first two letters stand for Communist Party.” Bolt identified this as “Brilliant riposte”.

Bolt’s logic changed completely in two days, because the two arguments were based around different targets.

Bolt’s article went on predictably enough: I will spare readers the tedium of further debunking. The review above is a useful and revealing illustration of the complete lack of intellectual standards in Bolt’s toxic output on Muslims and Islam.

For Muslim readers though, I will make a special plea. I know Bolt writes a lot of awful things. But he had one point which I would like you to bear in mind: define a community by the many, not the misfit.

* Readers are encouraged to comment on our stories, but are reminded that comments should be respectful, remain on topic, and not abusive. readers who repeatedly breach the commenting rules may have their account deleted without notice.