“I think it’s fair to say notions of democracy and the rule of law occupy a contested space,” Jeff Smith, the Executive Director of the New South Wales Environmental Defenders Office told an audience at Sydney University in December last year.

These may appear on the face of things, Smith said, to be “lofty notions”. But in the six months since, the federal government has brought them home as a gripping reality.

As New Matilda has chronicled elsewhere, while notions of democracy and the rule of law might occupy a contested space, this government has increasingly rejected the inviolability of foundational principles of our social establishment.

In a sense, people like Smith have been the canary in the coal mine.

In December 2013, the Abbott government gutted the Australian Network of Environmental Defenders, cutting off all funding, including $10 million over four years despite the agreement being just six months in.

Much of it was effective immediately, and the eight EDOs around the country were told that beyond June 2014 the recurrent base-funding the organisations had received from federal governments for 18 years would be pulled.

The flow of federal funds to the EDOs was critical to their ability to perform their public interest role, but the Attorney General refuses to meet with them to discuss the cuts.

There had been no warning, no consultation, and despite recommendations from the Productivity Commission and a Senate Inquiry, there has been no back-down.

The government has made it clear it does not value the work that the 20 full-time legal staff and 17 non-legal support staff around the country do, or the function they serve our democracy. 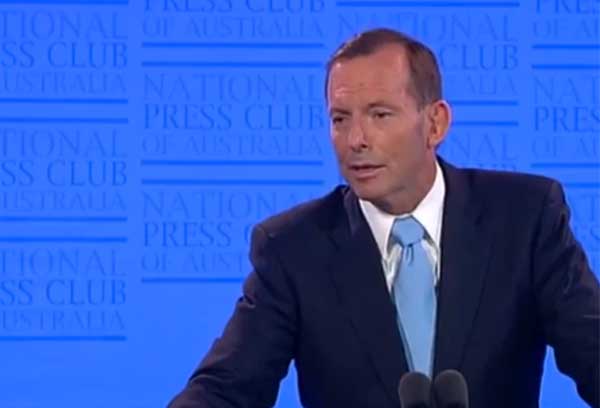 Driving them out of the democratic contest over the environment will diminish citizens’ access to justice, the quality of environmental protections, and the scrutiny and awareness of the corporations whose operations have the potential to permanently damage our environment.

The Productivity Commission has noted that the work EDOs do – on law reform, on public education, in outreach and importantly, running cases for people who otherwise couldn’t afford them – is not being done by anyone else.

Environmental Defenders Offices are a recognised bulwark against corporate power over the biosphere. Implicit in that, Smith said, is the fact they “can’t apologise for being relevant and playing the role we do”.

“We are not a lobbying group, we’re not a campaign group. But the work we do – public interest environmental law – is, by nature, about being relevant,” he said.

“That means working in the areas which are often high-profile and highly contested.

“At the moment that is definitely in the area of coal mining and coal seam gas, but it wasn’t so long ago we were working almost reservedly in the area of, say, native vegetation reform.”

Earlier this year EDO Queensland brought a case which revealed that coal mining company Adani had provided decision makers with extremely high estimates of the taxes, royalties and jobs its mine in Queensland’s Galilee Basin would create.

The company plans to build the biggest mine in Australia’s history, along with the world’s largest coal terminal, adjacent to the Great Barrier Reef. In August, a separate EDO case will examine its environmental record, which is scarred with breaches and negligence in its home state of India, and whether the Environment Minister should have taken the development's vast carbon emissions into account.

Despite the potential for huge environmental damage and dodgy calculations the state government, under Campbell Newman’s tenure, had been offering to help pay for critical and expensive rail infrastructure to ensure Adani’s mine (and nine others) went ahead.

Recent weeks have shown that the Abbott government – which George Brandis reiterated last week believes “coal is very good for humanity indeed” – is more than willing to extend the same favour through its $5 billion Northern Australia Investment Facility.

The case the EDO brought – through logic and proper application of environmentally law – directly challenged the legitimacy of the Galilee developments.

And yes, it potentially damaged proponents’ chances of approval and financial close.

The small community group the Queensland EDO represented could not have funded a five-week case involving nearly two dozen expert witnesses, but the new information it dragged into the public domain has added substantial weight to widespread community concern.

Facilitating communities’ use of the law is central to the EDOs function, which is largely why the Senate Inquiry Into the Abbott Government’s Attacks on the Environment this week found that “the long-term cost to communities and to the environment will far outweigh the short-term financial gains achieved by the defunding of the EDOs.”

In its recent report into access to justice, the Productivity Commission also recognised that preserving the biosphere is a public good because “the impact of activities or actions that cause environmental harm typically extend beyond a single individual to the broader community”.

“Inappropriate developments by governments or the private sector that reduce air quality, water quality or the amenity of an area can impose costs on all residents in that area.”

Rachel Walmsley, a solicitor at the New South Wales EDO, argues the government is sending a price signal by defunding the EDOs.

“[It] sends a message that if communities wish to protect their environment against powerful interests, including breaches and wrongful decision making, that they are on their own”.

According to the Senate Inquiry, “there appears to have been no analysis on the environmental and social impact” the decision would have. The government instinctively took an industry-first approach.

At the Sydney Environment Institute talk in December last year, Smith explained the ‘funding principles’ proscribed by the Liberal party's state branch, which has pursued a similar agenda.

“Funds may not be used for lobbying activities, public campaigning or providing legal advice to activist or lobby groups,” the government decreed.

As the NGOs facing a separate and potentially crippling Senate Inquiry into their charitable tax status will testify, the Abbott government’s pursuit of ‘green tape’ has also involved actively silencing green voices.

Environmental Defenders Offices have been starved of resources for a year now, and many are now critically endangered and at risk of closure.

David Morris, the Principal Solicitor at the Northern Territory EDO (pictured below), has been running fundraising activities to keep his doors from closing on vulnerable territory communities. 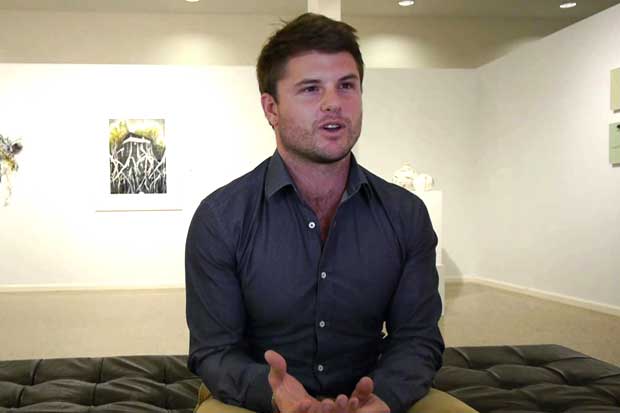 The office has been forced to resort to an emergency grant from the Law Council and is expending precious resources on fundraising in order to “continue to help members of the Territory community to protect the environment through law”.

Last week Morris announced that thanks, in the most part, to community support, the Northern Territory EDO will operate for another year.

Six months earlier, Smith had been saying similar things: “Community support – which when we were forced to go public about our funding dilemma really helped to save the organisation – reflects another dimension. A very grassroots democracy coming to play.”

It’s about the community “saying ‘actually, we value the work of an organisation like EDO New South Wales’,” he said.

For now, his organisation remains alive and relevant, and is currently at the forefront of scrutinising the biggest overhaul of environmental legislation in a generation.

With everything up for grabs under the Abbott government (experts warn it’s trying to unwind 30 years of environmental law by deregulating environmental protections) a defender of the public’s right to a livable environment is more vital than ever.

As the Senate Inquiry’s report noted, “the environment is a public good and those who seek to protect it should not have to rely on donations or indeed crowd-funding”.

In its campaign to defund and delegitimise the Environmental Defenders Offices, the Abbott government is striking at our ability to defend our shared environment.