In the face of the Abbott government’s dogged climate recalcitrance the winds of (climate) change have continued to blow, with a series of reports over recent days adding weight to evidence that massive coal reserves still lying in the Galilee Basin have simply become uneconomic.

Overnight – while the Abbott government struck a deal with the crossbench to cut renewable energy and restart the burning of native forests for electricity in exchange for a “windfarm commissioner” – a new report detailed why coal in the roughly 250,000 square kilometre basin inland of Queensland is unlikely to ever turn a profit.

A report from the Climate Council highlights the urgency of the need to reduce global coal use, the collapse of key markets being eyed off by mining companies planning to exploit the Galilee Basin, and the growing international push for an increasingly affordable clean energy future.

“There is no basis for developing ANY potential new coal mines, no matter where they are or what size they are,” the report argues.

But the nine mines proposed for the Galilee, around 300 kilometres inland of the Queensland coast, really are whoppers. If they proceed as planned, they would collectively produce more carbon emissions than entire nations like the United Kingdom or South Africa.

That’s more than 700 million tonnes of carbon emissions, or around 1.3 times Australia’s current annual emissions from all sources, and a massive carbon footprint that’s driving an exodus of capital out of the Sunshine State.

Nearly 200 nations have agreed to limit the rise in global temperatures to less than two degrees above pre-industrial levels, and in order to keep within this ‘carbon budget’ 90 per cent of Australia’s existing coal reserves must stay in the ground.

Not only is “opening up the Galilee Basin incompatible with tackling climate change,” but it’s fast becoming unprofitable as China, the United States and other major players move to curb their emissions through massive investment in renewables.

China’s coal use actually dropped by 3 per cent in 2014, and is predicted to fall a further 2.5 per cent this year. A growing number of analysts expect this trend to continue as the regime moves to secure its energy security through increased deployment of renewables, and the use of domestic coal. 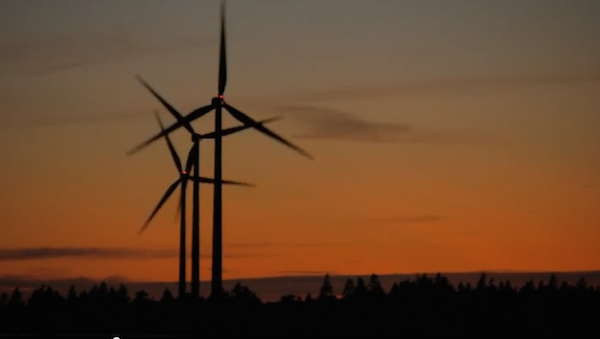 In March, China announced it will cut coal consumption by 160 million tonnes by 2020 as part of an undertaking to see their emissions peak by 2030 at the latest. It has already closed two of Beijing’s four major coal-fired power stations, with plans to close the remaining two by next year.

At the same time, China is attracting around 30 per cent of global renewables investment, which reached $270 billion last year. According to the report the sector is now employing more than three million people in China alone, and eight million around the world.

By 2020, the Asian powerhouse plans to fuel 20 per cent of its primary energy needs from zero-emissions sources, while the United States, is also moving towards a cleaner future through its current emissions reductions target, set at a minimum of 26 per cent below 2005 levels by 2025.

America has already closed more than 100 coal-fired power stations over the last decade, while at the same time introducing strict new efficiency guidelines across a range of sectors.

For the Galilee Basin coal mines, the 60 per cent plunge in Australian coal prices over the last five years (as a result of China’s slowing demand) is obviously bad news, but another key market, India, has acted less quickly to cut emissions as it strives to provide electricity to its huge, growing and impoverished population.

Despite the slow start, it’s likely India will be caught up in the plummeting price of renewable energy, particularly as it faces the crippling burden of air pollution that coal creates.

Last week, ABC TV’s Four Corners aired a program – ‘The End of Coal’ – in which Indian Coal Minister Piyush Goyal revealed that despite plans to roll out “60-plus [coal]mines in the next five years” he has no intention of providing a captive market to the key Galilee proponents, including Indian mining giant Adani.

The minister is focused on boosting India’s domestic coal production, a move which will squeeze out would-be exporters like Adani anyway, but does not discount that “storage will be the next game changer, particularly for the renewable energy space”.

“With economies of scale and better technologies, I hope that in the next few years we can see an explosion of renewable energy on the back of cheap storage,” he said. That’s exactly the kind of future the Climate Council report argues is emerging, and one which the former government-commissioned organisation predicts will be well and truly entrenched within the Galilee mines’ proposed lifespans, some of which stretch out for more than half a century.

A Guardian Australia report revealed today that Adani – the company planning to build the biggest of the Galilee mines – appears to be reading into those signals, with anonymous industry sources revealing that the miner has directed four engineering firms to cease work on plans connected with its Carmichael mine.

The revelations follow expensive delays in Adani’s approval process brought on by a number of court cases, one of which revealed deep disparities between the tax benefits and jobs the company claimed the mine would create, and the predictions of experts (which it actually recruited to testify).

Just one of the firms instructed to stop work was employing 40 engineers, and the Guardian reports that “a senior engineering industry source said it was difficult to read the move as anything but ‘Adani beginning to run up the white flag’ on the project”.

As well as approval from the Queensland government, Adani needs to secure billions of dollars to reach financial close, a difficult task given that 11 international banks have already formally ruled out financing the climate-damaging Galilee developments, which would ship hundreds of millions of tonnes of coal through the Great Barrier Reef.

Like the Australian government, the nations’ ‘big four’ banks have been slow to join the international exodus, but a new report from Bloomberg New Energy Finance yesterday floated the prediction that Australia’s banks will eventually be swept up by the international consensus.

Even in the absence of progressive government policy, the Bloomberg report forecasts renewables will make up the majority of Australia’s electricity generation by 2040.

Bloomberg argues that a sharp drop in the cost of renewable energy technology – which has helped drive a more than 60-fold increase in solar PV capacity over the last decade – will render coal uncompetitive as Australia’s ageing fleet of coal-fired power stations expires. Renewables already make up 28 per cent of the world’s electricity generation capacity according to the International Renewable Energy Agency, and with Australia’s dirty coal-fired power stations mostly due to close around 2030, there is plenty of time for renewables’ competitiveness to catch up.

Much to the confusion of analysts, though, the Abbott government has reacted to these strong global trends by proposing to subsidise coal mines in Northern Australia, precisely because they’re uneconomic.

“Coal is very good for humanity indeed,” Attorney General George Brandis told parliament on Monday, in response to questions from Greens Senator Larissa Waters over whether the government would take into consideration Pope Francis’ call last week for urgent action on climate change.

On that basis, Australia’s climate change epiphany can’t be far off.