One of the most common and distressing things that all families of death in custody victims have to endure is the long wait for answers.

An unimaginable grief for people who have sometimes lived a lifetime of grief builds as they deal with the few details pulled from news reports, as they listen to the media statements that often absolve police or prison guards of responsibility prematurely, regularly before any investigation has been completed.

It becomes public consumption, as the victim’s community mourns a person who was much more in life than the tragic circumstances of their death. 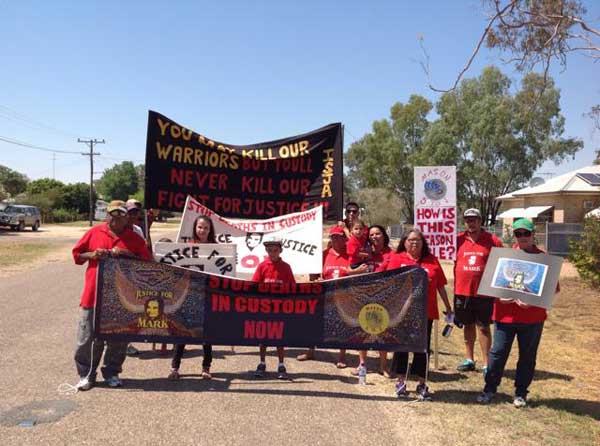 Coronial inquests provide only a fleeting hope at justice, because more often than not, they do not lead to prosecutions. There have been only two occasions where a police officer has been charged over a death in custody – John Pat, bashed by off-duty police officers in Roebourne in 1983, and Mulrunji Doomadgee, killed by Senior Sergeant Chris Hurley on Palm Island in 2004.

But in the case of the most recent black death in custody, there is at least one institution which should already be held accountable – the Northern Territory’s Country Liberal Party (CLP) government.

Since taking power, the CLP has presided over legislation that has in effect criminalised public drunkenness, in direct contravention of the Royal Commission into Aboriginal Deaths in Custody, and added not one, but two names on the long list of Aboriginal victims who have died in custody.

Both of these deaths occurred within months of the CLP government passing legislation that was condemned almost unanimously by legal groups – the controversial paperless arrest laws, and the mandatory alcohol treatment scheme.

If this were any other policy, in any other state, and the victims were not Aboriginal, would there be such limited public outrage? Would we allow the CLP government to get away with the usual tired political lines to ease over their culpability?

Of the 99 deaths investigated by the Royal Commission, 43 of the victims had been arrested due to alcohol-related offences. Read through the individual death reports, and you can’t help but come away with the impression that the safest place for an Aboriginal person grappling with an alcohol issues is not the inside of a watchhouse, where the devastating failures of duty of care can only be termed as structural violence.

So to pass laws making it easier to lock up Aboriginal people for alcohol offences is a travesty given it has been more than 25 years since the Royal Commission concluded.

Kwementyaye Langdon was picked up by NT police and died in a Darwin watchhouse on May 21, three hours after being brought in under the paperless arrest laws. Details are currently few and far between, and an inquest has been set for August.

But he was brought in under a minor alcohol-offence. He was in Darwin from Yuendemu, reportedly for medical treatment.

His cultural brother and Warlpiri elder Rex Japanangka Granites told the ABC earlier this week that the family were not blaming anybody, but were concerned that police had failed in their duty of care.

“We’re not blaming anybody, only – unless we get the answers through that inquest or police doing these kind of things without, you know, checking if they were sick or not or have these, you know these kinds of medications…,” Mr Granites told the ABC.

The controversial paperless arrest laws are currently the subject of a High Court challenge by the Northern Australian Aboriginal Justice Agency (NAAJA). The laws were passed late November, and immediately drew condemnation from legal groups.

They allow NT police to arrest someone suspected of a minor offence and hold them for up to four hours without charge. Undoubtedly, the laws affect Aboriginal people more harshly.

The summary offences included under the laws are “excessive”, according to NAAJA. They range from obscenities to noise disturbances (like playing an instrument), offences which should not attract a jail sentence. They include alcohol offences like drinking in a regulated place causing a nuisance amongst others, which should attract an infringement notice.

The National Aboriginal and Torres Strait Islander Legal Services’ Eddie Cubillo put it like this in Fairfax this week:

“A person locked up under these powers has no effective opportunity to challenge their detention or to ask a court to release them. The police essentially act as both judge and jury.”

He says they are the “antithesis of the Royal Commission into Aboriginal Deaths in Custody”.

Instead of admitting there is something wrong with laws that have delivered an Aboriginal death in custody within months of passing, NT Attorney-General John Elferink tried to deflect criticism saying he knows “the burden on our police officers and unfortunately paperwork, and excessive amounts of paperwork, do affect police”.

“We will be defending what I believe to be the good law of the Northern Territory and an effective law in terms of policing our streets,” he said.

But Mr Elferink is essentially prioritising bureaucracy at the expense of the most vulnerable in society. 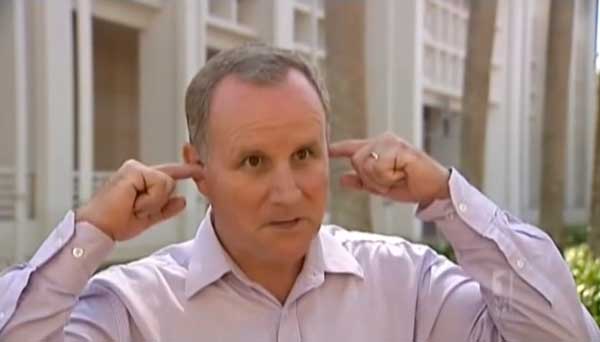 To claim that cutting down police paperwork is justified when the laws will undoubtedly increase the already high black jailing rates in the Territory (about 80 per cent of the prison population is Aboriginal), is almost unbelievable.

But Mr Elferink was in fine form last November when he also defended the Territory’s mandatory alcohol treatment scheme after a middle-aged Aboriginal woman from Papunya died whilst being mandatorily detained at the Central Australian Aboriginal Alcohol Programmes Unit (CAAAPU) in Alice Springs.

Under the program, a person picked up by police for being drunk three times in two months is forced into the treatment. The woman died 18 months after the laws passed parliament, with little consultation with legal and health groups.

But the laws were condemned almost unanimously for essentially criminalising public drunkenness.

There were predictions it would lead to a death in care by the Aboriginal Peak Organisations of the NT. The group warned it would “expose individuals to rise of avoidable harm through the stress of being subject to the processes of confinement, including the risk of death or serious injury in custody or whilst being apprehended and the risk of a lack of appropriate medical and supportive care while in custody”.

But the death of the woman led to even more urgent questions about accountability and transparency. The public didn’t find out about the death for two weeks. If she had died on a watchhouse floor, there would immediately been a public statement by NT police.

Nearly seven months on, there are still few details.

Nevertheless, Mr Elferink again was out in force to defend his laws, claiming that vulnerable Aboriginal people were safer in mandatory care than on the streets.

“It was not unusual for me as a police officer to have to put these people in body bags in the park of street curb,” he said last year.

“The reason we have done it is to save lives and I would suggest we have probably saved many lives through this process.”

But is locking up Aboriginal people for alcohol offences the safest alternative?

In 2012, Aboriginal man Kwementyaye Briscoe died in an Alice Springs watchhouse after being taken into “protective custody” for intoxication. It was the 31st time this has happened.

He had committed no crime. He was moderately drunk when he was arrested, but on the way to the cell drank to excess from a smuggled bottle of rum. By the time he reached the police station, he was severely intoxicated.

The CCTV footage of the Alice Springs police station was screened at the inquest and is horrifically graphic, showing police dragging and flinging him across the floor where he hit his head, cutting it open. The CCTV footage captured the harrowing images of Mr Briscoe dying on a mattress on the floor of the holding cell, while officers ignored calls for help by nearby prisoners and instead listened to their iPods and surfed Facebook.

Kwementyaye Briscoe was a vulnerable man, severely intoxicated, who died after being locked up for no crime.

To add to this tragedy, in 2009, another Aboriginal man Kwementyay Trigger died similarly in the Alice Springs lock up. The coroner’s recommended changes were never made, and this catastrophic failure helped pave the way for Mr Briscoe’s death three years later.

No police were charged for this disgusting display of racist apathy that led to a death in custody, although they did face “internal discipline”. Meanwhile, Mr Briscoe’s family continued to mourn the loss of a young man whose life was taken too soon.

The Commission was highly critical of the criminalisation of public drunkenness, and found that it was a significant factor in diverting Aboriginal people from custody.

25 years on, the Northern Territory’s ongoing failure to deal with both its alcohol problem, and the spiralling rates of Aboriginal incarceration, mean that the tears will continue to pour for our people as they die in custody.