NSW Labor and NSW Greens are calling on the Baird government to halt all forced acquisitions until the business case for its WestConnex motorway is made public, environmental assessments are complete and planning approvals are granted.

This is the opposite to the planning approach being taken by the NSW government for tollway planning.

On Thursday, the WestConnex Delivery Authority (WDA) announced that a Leightons, John Holland and Samsung C&T consortium has been awarded a $2.5 billion contract to build the M4 East tunnel from Homebush to Haberfield in Sydney's Inner West. At the same time, 180 households were being issued with forced acquisition notices.

Other residents learned that they would lose part of their gardens, leaving them living on the edge of the motorway, or that their children would be attending a public school near an unfiltered ventilation stack or motorway portal.

In Sydney's south west, the small community of St Peters has been campaigning since last November against the forced acquisition of scores of homes, which would leave their neighbourhood decimated and its school close to the massive M5 interchange. Residents in Beverly Hills are facing imminent expansion of the existing M5 toll road to within a few metres of their fences and the removal of local open space and vegetation in preparation for a second M5 tunnel.

This massive community disruption is happening without the business case for the WestConnex being completed or made public, or a draft EIS released for either the M4 tunnel or duplicate M5 toll road. Almost nothing is known about Stage 3, which is a tunnel that would link the M4 and M5. 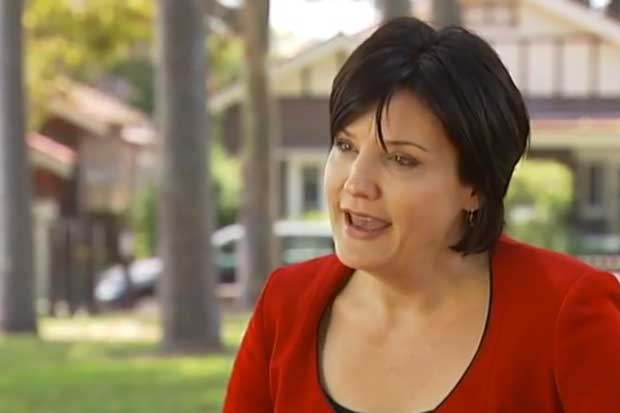 Jodi McKay told New Matilda that "neither the planning process nor property acquisitions should go ahead until the completion and release of the business case". She said the rush to issue the contract and acquire houses was "poor governance" and that "the project should not progress any further until the EIS is released for extensive consultation, which I doubt is what the government has in mind. This government has shown time and time again that they will go out of their way to shut down transparency.”

Greens WestConnex spokesperson, Newtown MP Jenny Leong’s first act in NSW Parliament after becoming MP for Newtown was to call on the Government – in the interests of good governance and financial accountability – to suspend all activity on the WestConnex project until the full business case and Environmental Impact Statement are made public. She told New Matilda that "in the interests of transparency and the public interest, until the business case and EIS is released there must be a halt to acquisitions, exploratory works and construction”.

“The current crash-through approach by Roads Minister and WDA shows a blatant disregard for good planning, the community interest, the health and safety of our communities and our environment. Now the contracts have been signed, what happens if the EIS discovers that there will be dangerous levels of pollution delivered right into residential areas in Concord, Homebush or Haberfield?” Leong asked.

New Matilda's investigation showing that AECOM, the company contracted to carry out work for the M4 East EIS has strong business interests in other aspects of the WestConnex, has been further reinforced by the issuing of yet another WestConnex contract to the engineering, mining and planning company. While it is completing its $1.6 million contract to undertake 'environmental assessments, design development and communication services' for the WestConnex M4 East tunnel, AECOM has been awarded more than $7 million worth of other contracts including a fresh one for $150,000 to provide the “Construction Power Supply Study & Design” for Stage 2, which is the second M5 tollway to St Peters.

AECOM did not respond to calls or written questions about their contracts. This may be because the NSW government has imposed tight secrecy requirements on all companies involved in tendering for the WestConnex.

As well as billions of dollars for constructions contracts, more than 30 design, legal, planning, engineering and PR professional services companies have been awarded contracts more than $50 million since early last year.

Sketchy information is sporadically available about these contracts on the government tender database, but is later removed from public view.

Information about contracts below $150,000 is not publicly available at all.

McKay said she was concerned about the apparent conflicts of interest in the contracts and that “there is so much internal secrecy with this project and so questions such as yours are very valid. There must be community confidence in the process employed by government and that isn't the case with this project.”

McKay will be raising issues around the business case and contracts when parliament next sits, and during budget estimates later in the year.

McKay’s statements suggest that Labor, which went to the March state election supporting most parts of WestConnex including the M4 to the CBD, is strengthening its criticism of the motorway. Asked whether Labor still supports the M4 East to the CBD, McKay told New Matilda that although the policy retains ‘in principle” support, she was not Shadow Minister when it was put in place, and that with four years ahead in opposition, “the policy we took to the election has very little relevance at this time”.

Leong said that granting an EIS contract to a company which has commercial interests in WestConnex "makes a mockery of the government’s supposed commitment to an independent and thorough process”.

“The same company, AECOM, is currently being sued for $150 million in Brisbane for allegedly supplying inaccurate traffic forecasts for a major toll road. It is alleged that AECOM made forecasts without reasonable grounds and excluded critical information from its report".

Leong also raised the issue about whether the NSW government has already agreed to pay compensation for the cancellation of the contracts should the project not proceed, as occurred with Victoria's East West link.

"In Melbourne, the state paid $339 million in compensation to contractors; how much have Mike Baird and Duncan Gay agreed to pay joint partners Leighton, Samsung C&T and John Holland when it’s discovered that putting six lanes of traffic under a highly dense residential area is unworkable?" “It’s utterly perverse that contracts for a major piece of infrastructure – projects that will be a burden on the state’s finances for years to come and have massive social, economic and environmental impacts – can be let before the public and independent experts can even know what the project is, or have their chance to comment on it,” he said.

“Either the project will proceed regardless of its objective worth, or, in the very unlikely case that the EIS objections are taken seriously, the successful tenderers will put out their hand for hundreds of millions in compensation.”

WestConnex Action Group (WAG) spokesperson Pauline Lockie also hit out at the Baird Government for what she described as "gross conflicts of interest around the financing, planning and environmental assessments of the $15 billion toll road…”

“We’re now seeing a dangerous subversion of planning processes and consulting processes, as the Government changes the rules as they go to suit themselves and the mates they're awarding contracts to for this $15bn toll road that won’t deliver for Sydney,” said Lockie, who is one of the residents who has been issued with an acquisition order for her home in St Peters.

“If this isn't considered corruption, it should be. It’s not that laws are being broken, it’s just a bit weird that they didn't have to because they could just change the rules on the spot to protect themselves.”

WHAT CAN YOU DO?

• No WestConnex Annandale is holding a public meeting at Leichhardt Town Hall on Tuesday 16th June at 7pm.

• New Matilda will soon publish more reports on its investigation into the WestConnex contracts. If you know more please contact us.