The number of Aboriginal youth locked up in New South Wales has increased by 34.2 percent in less than a year after the Baird government buckled to public pressure from radio shock jocks and reversed reforms to the state’s convoluted bail laws.

The increase is largely due to a rise in the numbers of juveniles placed on remand, according to the state’s Bureau of Crime Statistics and Research (BOCSAR).

Many Aboriginal kids are refused bail and placed on remand, with the vast majority of them never receiving full custodial sentences.

It’s a situation described by former Director of Public Prosecutions Nicholas Cowdery as “fully expected”, and now New South Wales faces the problem of where to house its growing remand population.

The state’s prison population has grown by over eight percent due to the number of prisoners who are refused bail and placed on remand, according to the BOSCAR data.

The adult remand population is higher for Indigenous prisoners, with an increase of 28.9 percent from September 2014, compared to the non-Indigenous increase of 21.6 percent.

But the statistics for juvenile detention are even more shocking. The number of Aboriginal juveniles placed in custody increased by 34.2 percent between September 2014 to March this year. That’s compared to an increase of only 14.4 percent for non-Indigenous juveniles.

Aboriginal youth are now 44 times more likely to be locked up than their non-Indigenous counterparts in New South Wales.

The number of youth who actually receive sentences in custody reduced by 5.1 percent.

It shows that the state’s controversial bail amendments are hitting the most vulnerable the hardest – Aboriginal and Torres Strait Islander children.

Prof Cowdery, who spent 17 years as the state’s DPP and was a key supporter of bail reform, said the rise in the juvenile detention population was without a doubt a consequence of the new bail amendments. 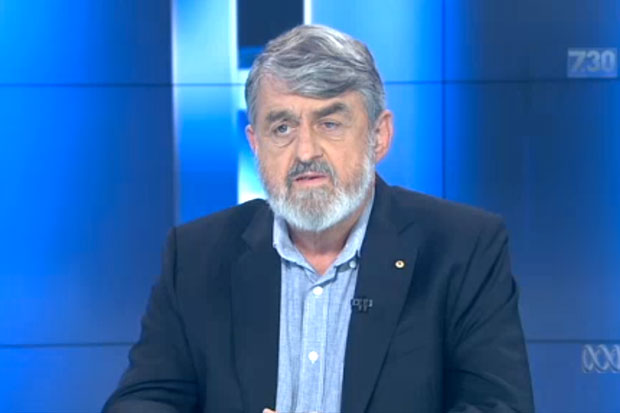 “There’s no doubt about that,” Prof Cowdery told New Matilda.

“The analysis shows that this surge in the remand population between adults and juveniles is due to the changes to the bail act that were brought in, which was fully expected.”

In 2013, the O’Farrell government, and Attorney General Greg Smith passed amendments to the convoluted and complex Bail Act, which has been amended several times since it passed in 1978. It was a result of an extensive NSW Law Reform Commission review which recommended a complete overhaul, including a universal presumption in favour of bail for all offences.

While not all of the recommendations were adopted, the changes were welcomed by the legal sector.

But within a month of the amendments coming into operation, the Baird government caved into a sensationalist media-driven campaign centred around only three cases. It commissioned a review by former Attorney General John Hatzistergos, and resulted in 2013 amendments which removed the presumption of innocence in bail decisions, and expanded the list of offences where bail is refused.

Greens MLA David Shoebridge said the NSW government should be ashamed of its amendments.

“Once again we have seen Aboriginal people bearing the brunt of these law changes,” Mr Shoebridge said in a statement.

“The NSW government should be hanging its head in shame at the fact that young Aboriginal people are 44 times more likely to find themselves in jail than their non-Aboriginal counterparts.

“The main reason the number of Aboriginal young people being jailed has surged is the new bail laws are seeing more and more bail refusals.

Prof Cowdery says the system collides with the disadvantage already felt within Aboriginal communities, and results in a higher incarceration rate.

“One is the regime created by the bail laws, which apply across the board to everybody in a way which disadvantages Aboriginal people particularly, and youth particularly, they are overrepresented in the justice system.

“And then the nature of the types of offences in which they’re charged. You have a clash of disadvantages which means that in the end, particularly for juveniles but also for adults, the proportion of Indigenous people who are punished by this regime is higher and growing.”

Wiradjuri lawyer David Pheeney, who works for the Aboriginal Legal Service in Bourke in the far west of the state, told New Matilda he had high hopes for a justice reinvestment trial in the north western town. He said the bail laws did not give the courts options to look at other alternatives to placing kids on remand.

“I’m of the view that magistrates don’t want to lock kids up, but parliaments are not giving the courts the option,” Mr Pheeney told New Matilda.

“… The bail laws probably need to change, they need to incorporate what happens behind the scenes, before the kids come before the court.

“The laws are trying to work within a frameset that doesn’t give them options. They need to be flexible. We need to protect the community – that’s important – but the bail laws have to have options that work on the underlying issues affecting these kids.”

“It’s a trend that’s going up and it’s getting worse. And the sad thing about it is once the kids go in, statistically the chance of them going back in again is very high.

“The whole idea is to get them out of that.”