The Defence Intelligence Agency provides military intelligence to the United States Department of Defense and intelligence community. A conservative American organisation called Judicial Watch filed a Freedom of Information lawsuit in May 2014, and in response received a very important and very revealing report from the DIA about the conflict in Syria.

The report dates from August 12, 2012, and, despite being written by an American intelligence organisation, is actually intelligent and prescient, and deeply revealing about the conflict in Syria and its foreign sponsors. It can be read here.

It begins with a summary of “The General Situation”:

A. Internally, events are taking a clear sectarian direction
B. The Salafist, the Muslim Brotherhood, and AQI [Al Qaeda – Iraq] are the major forces driving the insurgency in Syria.
C. The West, Gulf Countries, and Turkey support the opposition, while Russia, China and Iran support the regime.

The report has a section on AQI, which it notes “is familiar with Syria. AQI trained in Syria, and then infiltrated into Iraq”. It notes that AQI “supported the Syrian opposition from the beginning, both ideologically and through the media. AQI declared its opposition of Assad’s government because it considered it a sectarian regime targeting Sunnis.” It observes that AQI acted as Jaish al Nusra in Syria. “One of its affiliates… AQI, through the spokesman of the Islamic State of Iraq (ISI), Abu Muhammad al Adnani”, declared the Assad government the “spearhead” of the Shi’ite enemy. Adnani later became the chief spokesperson for ISIS.

The report then outlines “The Future Assumptions of the Crisis”.

The first is that “The regime will survive and have control over Syrian territory”. I will return to this point, but consider what it means already. The West, along with its allies in the Middle East, is supporting sectarian jihadis in fighting in Syria even though they assume that the insurgents they support will not be successful in overthrowing Assad, let alone in achieving a more humane and liberal system of government. This casual admission about Western policy and its cynicism deserves a moment’s pause and reflection.

The second assumption is “Development of the current events into proxy war”. It explained that Syria would control the coastal areas, in the West, whilst the insurgents would try to control eastern areas, adjacent to Turkey and Iraq. 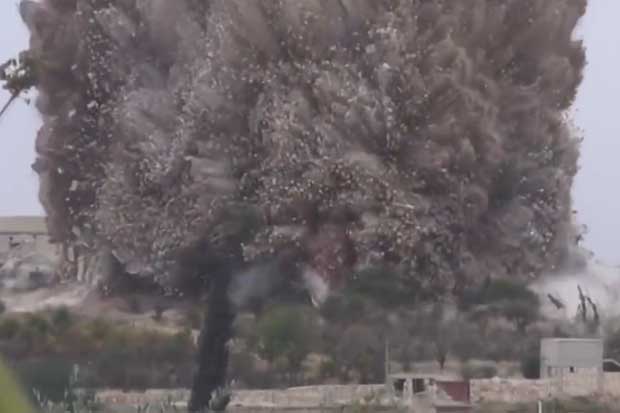 Then the report discusses “The Effects on Iraq”. It explains “opposition forces will try to use the Iraqi territory as a safe haven for its forces”, whilst trying to recruit and train fighters in Iraq.

Point C in the “Effects on Iraq” section are particularly fascinating. It says:

If the situation unravels there is the possibility of establishing a declared or undeclared Salafist principality in Eastern Syria (Hasaka and Der Zor), and this is exactly what the supporting powers to the opposition want, in order to isolate the Syrian regime, which is considered the strategic depth of the Shia expansion (Iraq and Iran).

That’s right. The DIA predicted the establishment of a Salafist state in Eastern Syria, as this would serve the interests of the states that support the rebels in weakening the Assad regime. Remember – the supporting states are listed as the “West, Gulf Countries and Turkey”. One can dispute whether the West was equally welcoming of this outcome as the other states, and whether they realised that ISIS would turn out differently to the House of Saud, but I must stress that this report was written by the DIA.

The report then explains that “The deterioration of the situation has dire consequences on the Iraqi situation and are as follows”. A list the follows, which features a point 1 and 3 only: the rest of the report appears to be redacted.

This creates the ideal atmosphere for AQI to return to its old pockets in Mosul and Ramadi, and will provide a renewed momentum under the presumption of unifying the jihad among Sunni Iraqi and Syria, and the rest of the Sunnis in the Arab world against what it considers one enemy, the dissenters. ISI could also declare an Islamic state throughout its union with other terrorist organisations in Iraq and Syria, which will create grave danger in regards to unifying the Iraq and the protection of its territory.

Point 3 of ‘predicted consequences’ is: “The renewing facilitation of terrorist elements from all over the Arab world entering into Iraqi arena”.

Finally, the report’s classification appears to be secret.

And given their always readily observable Islamist complexion, one can reasonably conclude that this is official confirmation of US knowledge of former Libyan rebels aiding Syrian rebels.

This is consistent with a story Seymour Hersh wrote in the London Review of Books in April 2014. Hersh wrote that the US had a role in creating a “rat line”: “authorised in early 2012, [it]was used to funnel weapons and ammunition from Libya via southern Turkey and across the Syrian border to the opposition. Many of those in Syria who ultimately received the weapons were jihadists, some of them affiliated with al-Qaida.”

As’ad AbuKhalil notes that the documents show “that the US knew all along that the Syrian rebels are made of Islamists (this is from 2012): that is when the US government publicly talked about the dominance of "moderate Syrian rebels". The US seems to have approved arms shipments from Libyan Islamist terrorists to the Syrian Islamist terrorists, and even of the likely rise of Islamist Jihadi threat in Iraq.”

The US knew all along that the conflict was driven by a clash between jihadis, supported by the West, Gulf States and Turkey, and was “taking a clear sectarian direction”, though they assumed that Assad would “survive and have control over Syrian territory”, and they continued to support the jihadis anyway.

This may remind some of other conflicts. For example, the Iran-Iraq war of the 1980s, where the US offered some support to both sides of the war, prolonging it and contributing to its final gruesome toll of perhaps over a million dead. In that case, the US preferred a weaker Saddam Hussein and Islamic Republic of Iran. The death and suffering in both countries did not trouble US leadership. 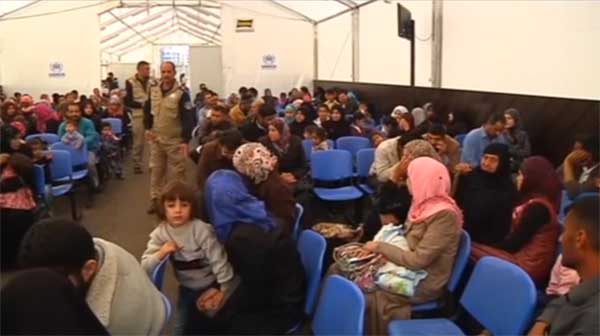 Another similar case is Western, Saudi and Pakistani support for the mujahideen in Afghanistan. In his history of the CIA, Tim Weiner observes that “the mission was not to liberate Afghanistan”. As CIA chief in Pakistan Howard Hart observes, the “wonderful order” was “Go kill Soviet soldiers… Imagine! I loved it.” Weiner describes this as a “noble goal”. Afghans and others might be less impressed at massive Western support for the jihadis whose members later became warlords, the Taliban and al Qaeda.

As prescient as the DIA report seems, it did not require any unique genius to observe where the trends in Syria were headed. Writing in July 2012, I quoted Haytham Manna, a courageous leftist Syrian activist, who warned that the militarisation of the conflict undermined “the broad popular support necessary to transform the uprising into a democratic revolution”.

He observed the same trends as the DIA:

“The pumping of arms to Syria, supported by Saudi Arabia and Qatar, the phenomenon of the Free Syrian Army, and the entry of more than 200 jihadi foreigners into Syria in the past six months have all led to a decline in the mobilisation of large segments of the population, especially amongst minorities and those living in the big cities, and in the activists' peaceful civil movement. The political discourse has become sectarian; there has been a Salafisation of religiously conservative sectors.”

It didn’t take any particular brilliance to doubt the sudden outpouring of compassion for Syria, which, as is usual with Western “concern” for the Middle East, was expressed in discussion over whether Syria should be bombed, or whether more arms should be sent to the rebels instead.

It is terrible to say, but Syria’s uprising appears to have been defeated, both by its enemies, and by its ostensible friends. In June 2012, Manna wrote in the Guardian that the struggle began in March 2011, and in the second week, he launched the three nos: No to violence, no to sectarianism, and no to external intervention.

“Powerful players tried to recruit the tens of thousands of young people who went out in public for the first time to their own regional or international causes. Within the first three months many players had intervened in the conflict, which was seen by many, inside and outside Syria, as an opportunity to change some basic geopolitical facts about the Middle East.

The aims of those intervening from outside Syria were at odds with the revolutions's songs of dignity and freedom.”

He concluded by asking: “Has the arming of the insurgents already seriously weakened any chance of a political solution and a democratic transition in Syria?” At this point, it is hard to avoid the conclusion that the answer is yes. A brutal and murderous tyrant has been legitimised by the fanatical jihadis the West funded (and is now turning on), whilst the country has been devastated.

And yet, one day soon, the record of the tragedy will be forgotten. And then Western pundits will solemnly debate the next humanitarian intervention to rescue an oppressed people from a foreign dictator.