Barangaroo is publicly owned land on Sydney Harbour and its redevelopment should create a world-class place to visit, live and work. It presents a unique opportunity to improve public access to the harbour and provide new parks and open space, and needed education and childcare services, transport and commercial and residential space including affordable housing.

But the planning process has become nothing more than an exercise in squeezing as much private gain on this public site as possible.

The 2006 winning design had broad community support. It set towers back from the waterfront to ensure public access, enjoyment and activation of the foreshore. Buildings were positioned to promote integration with the CBD and activation of public space throughout the site.

The 2007 initial concept plan was loosely based on this winning design, but successive modifications have massively increased bulk and scale, and diminished the waterfront potential through shadowing and wind. Further erosions are expected.

Changes to the initial approved built floor area of 388,300 square metres have now reached 563,965 square metres, with the latest modification under assessment at the Department of Planning potentially increasing this to 605,911. A future expected modification would increase it further to 661,686 square metres –almost double what was initially approved! One modification involved building a hotel tower on the water. It led to community outrage over privatisation of the harbor, that led Lend Lease to relocate the hotel.

But the relocation would place the hotel on what was to be Barangaroo’s only waterfront public recreation space.

The public park would be moved behind the tower, relegating it to a mere inner city pocket park; a significant part of the waterfront – Barangaroo’s most valuable asset – would be privatised.

The height of the hotel tower would increase from 170 metres to 250 metres, creating massive shadowing and wind impacts on the public foreshore promenade. The claim is that a taller tower is needed to give it world class status, but design excellence is more important in hotels, with the trend for smaller boutique buildings.

What is vital is that Barangaroo provides a world class public experience of the harbour for all workers, residents and visitors; it is public space that makes a destination special.

The hotel tower would dominate most views of the site and create a barrier reducing Barangaroo South’s integration with the rest of Barangaroo and the CBD.

The latest proposal increases buildings to such heights that wind effects across the site will make parts of Barangaroo South only safe to walk in by able-bodied people. The waterfront promenade will be windy and overshadowed from morning to early afternoon, including the lunch period, between autumn and spring.

While Barangaroo is difficult to drive through, and its integrated transport plan estimates that 96 per cent of visitors will travel by public transport, bike or walking, planning is taking a different direction with the progressive addition of new private parking spaces.

The latest proposal would give the casino in the hotel 500 new spaces, despite government promises that the casino will only be available to high rollers, who chiefly come from outside New South Wales. A future application will massively add private parking spaces to this site. 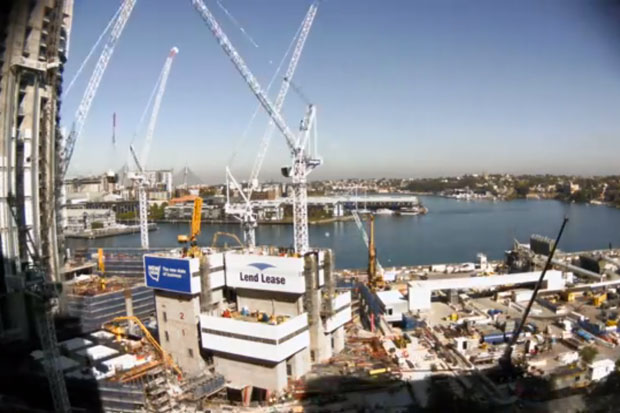 As a result the expected traffic congestion has led to a proposal to remove most kerbside parking in Barangaroo South so there are extra traffic lanes. This will make Barangaroo Streets more dangerous for pedestrians and cyclists and diminish amenity. It is a further privatisation of public land. Why isn’t light rail being extended to the site?

Instead of integrating with adjacent areas and promoting complementary benefits, Barangaroo will terminate views from historically significant panoramic views of adjacent parks and reserves, severely impacting on their character and amenity. View corridors across the site to the water have been broken and there has been little attempt to minimise view interruptions of neighbours.

Shockingly, Lend Lease attempts to justify blocking views of four key Sydney Observatory target objectives at certain times of year because it claims the observatory is in what it calls an “inappropriate” location. Sydney Observatory has provided Sydney residents and visitors opportunities to learn about astronomy and see the stars since the 19th Century.

Community cynicism over the Barangaroo planning process is widespread. The progressive increase in bulk and scale may increase private gain but it will erode the future public experience of the site. We don’t want Barangaroo to become nothing more than massive buildings that tower over the harbour, second rate pocket parks, cold and windswept public space and escalating traffic congestion.

It’s time for the government to end the private land grab and refocus planning on public amenity and public outcomes.