It was a brief post, and it wouldn’t normally cause more than raised eyebrows.

But in the wake of the sacking of sports reporter Scott McIntyre, and the punting of journalist Marion Ives, comments like this one are raising questions about the consistency of the Special Broadcasting Service’s (SBS) policing of employees’ social media usage.

Manny Tsigas, a journalist who has been with SBS for seven years, recently left a two-word comment on Facebook under an image of presenter Kathy Novak, posted by a friend.

The image showed Novak, who was born in Singapore and has a Filipina mother, reporting a story from South Korea.

“Harro prease,” Tsigas wrote, a phrasing generally intended as an imitation of Asian-Australians who do not speak English as their first language.

As far as casual racism goes it’s hardly at the Professor Barry Spurr end of the scale.

But some who saw the post were left displeased. One of those people brought it to New Matilda’s attention. Maybe there are mitigating factors.

Perhaps Tsigas, who is from a Greek background and formerly edited community newspaper Neos Kosmos, was publicly engaging in a personal joke he has with Novak.

It’s hard to know for sure because multiple attempts to contact Tsigas at work and over social media were unsuccessful, and SBS pointed us back to their media team, who offered a ‘no comment’.

The problem for SBS, though, is that under the precedent set by the sacking of Scott McIntyre for a series of tweets criticising the contemporary commemoration of Anzac day and wartime atrocities committed by Australia and its allies, Tsigas should also be in a spot of bother.

This is, after all, a broadcaster whose charter is to deliver multicultural programming.

In justifying the decision to dump McIntyre, and sate Communications Minister Malcolm Turnbull, SBS Managing Director Michael Ebeid fell back on the network’s Code of Conduct and social media policy.

“Mr McIntyre’s actions have breached the SBS Code of Conduct and social media policy and as a result, SBS has taken decisive action to terminate Mr McIntyre’s position at SBS, with immediate effect,” he said in a statement.

In relying on official, on-the-books policies to expedite the sacking of an employee who offended the Minister for Communications and challenged dominant mythologies about nation and war, Ebeid was able to suggest his decision was inspired by a consistent and objective test.

He implied McIntyre wasn’t just sacked because he drew the ire of powerful people or posited an unpopular opinion in a public realm: he lost his job because he couldn’t follow the same rules everyone else is required to, rules Ebeid claims he had agreed to abide by. 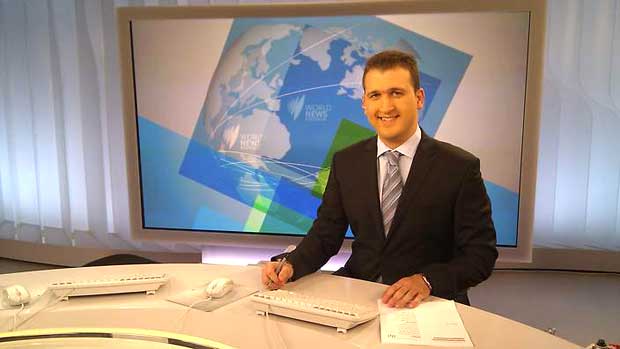 Concern about the standard of those protocols has already been raised.

Writing for Daily Life, journalist and academic Jenna Price noted: “SBS's policy is awash with contradictions – at once it wants employees to be authentic but respectful, it wants its staff to engage with the community, but ‘treat everyone with honesty, respect, fairness, courtesy and sensitivity’.”

Among the vague dot points and warnings there are plenty of guidelines Tsigas could be accused of breaching. For example:

• Always communicate in line with SBS’s values: creativity, collaboration, diversity and respect.
• When communicating in either a professional or personal manner do not act in ways likely to bring yourself or SBS into disrepute. Follow the SBS Code of Conduct.

It’s unlikely SBS would agree that ‘Harro prease’ is inline with its “values”.

This is certainly not to say Tsigas should be sacked.

It would be absurd for him to lose his job or face serious sanction for such a brief comment.

As would it for star SBS critic and presenter Marc Fennell to be hauled over the coals for this tweet, which was neither “respectful” nor “courteous” (but was kind of funny).

The problem is that SBS management has backed itself into a corner.

Looking at the social media output of other SBS staff, the excuse used to explain and depoliticise McIntyre’s sacking bleeds credibility.

By bringing the policy to the fore, Ebeid has forced his staff to question whether their employment is worth more to them than their freedom of expression. That will necessarily have a chilling effect.

But the Tsigas and Fennell comments also make clear the censorship enabled by that policy will not be dished out consistently, and that politics and public reaction will also play a part in its implementation.

It’s worth nothing that McIntyre’s lawyers are now openly arguing he has been illegally dismissed for airing a political opinion, and that SBS failed to follow proper protocols. 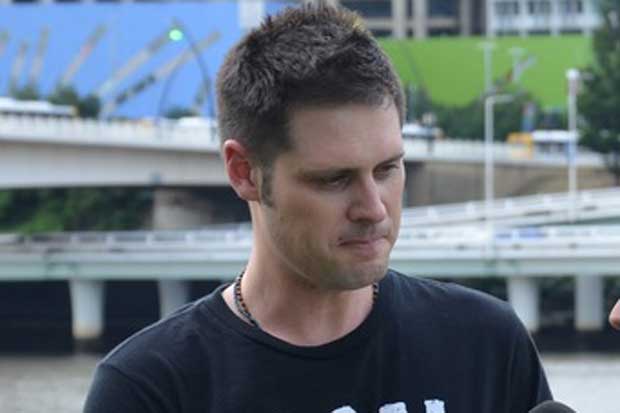 SBS management has backed itself into a corner. If it has any hope of appearing to be consistent it will need to either; (a) heavily police the social media usage of all its employees and continue to dish out repercussions for those who breach the borderline meaningless document, (b) radically alter its social media policy, or (c) acknowledge the decision to remove McIntyre was reactive and arbitrary.

It’s no wonder journalists’ union the Media, Entertainment and Arts Alliance (MEAA) has expressed general concern about policies that allow management to justify sacking an employee based on guidelines like these.

“These policies are becoming an industrial issue and MEAA has expressed these concerns before,” the union said in a statement.

“The policies have begun to infringe on the private lives of media professionals, dictating what they can and can’t say in a private capacity, outside of their work."

Someone might want to have a quiet word with Manny Tsigas about whether or not his post was appropriate. But they don’t need to deny him of his livelihood anymore than they did Scott McIntyre.