Latest
Search
HomeEnvironment
By New Matilda on May 17, 2015 Environment

The oil rich Arctic is also a ‘new frontier’ for the energy companies, and a carbon store we can’t exploit if we’re going to avoid two degrees of planet warming.

Here are the top five reasons approving Shell’s Arctic drilling is just so, so dumb. 1. An Environmental Disaster Waiting To Happen

An environmental disaster – literally – is expected. The government body that approved the drilling estimates there’s a 75 per cent chance of a ‘large’ oil spill during the 77-year period considered.

“Two large spills [of more than 42,000 gallons]of crude, condensate, or refined oil are assumed to occur during the Development and Production phases.”

The likelihood of a catastrophic oil spill – like, say, Deepwater Horizon – is considered low, but there are few certainties in the storm-prone waters off Alaska’s northwest coast, which often freeze over, limiting access to the oil rig.

Recent history has shown that there’s just no guarantees with offshore oil drilling, but Shell has a particularly poor environmental run sheet.

A few months ago Shell finished up court proceedings following a major spill off the coast of Nigeria. An independent investigator commissioned by Amnesty International estimated 420,000 gallons of oil was spilled, which cost Shell just $84 million.

And the Anglo-American company has already run aground in the wild Chukchi sea more than once. In 2012 Shell’s ship Noble Explorer got out of control in Dutch Harbour. Three months later it caught fire.

A formal US Coast Guard investigation into the incident handed down by Rear Admiral Joseph Servidio last year was scathing of Shell’s management.

“I am most troubled by the significant number and nature of the potential violations of law and regulations identified,” Servidio said.

Rear Admiral Servidio said he was “additionally troubled by the potential evidence of negligent conduct by the master, chief engineer, and third mate aboard the anchor-handling offshore supply vessel”.

These breaches were part of the reason why the US government put a halt to Shell’s Arctic operations between 2013 and 2015.

3. Responding To A Leak Will Be Extremely Difficult

Given that Shell kicked off its foray into the Arctic with these serious blunders, it’s important to consider how quickly and effectively a clean up effort could be initiated.

At Shell’s remote Chukchi Sea leases, 1,000 miles from the nearest Coast Guard Base, there’s very few ports, airstrips or even roads from which to respond to an oil spill.

Frozen waters also complicate when and how ships can be deployed.

“Any major Arctic Ocean spill would be impossible to clean up,” according to Franz Matzner of the Natural Resources Defence Council. 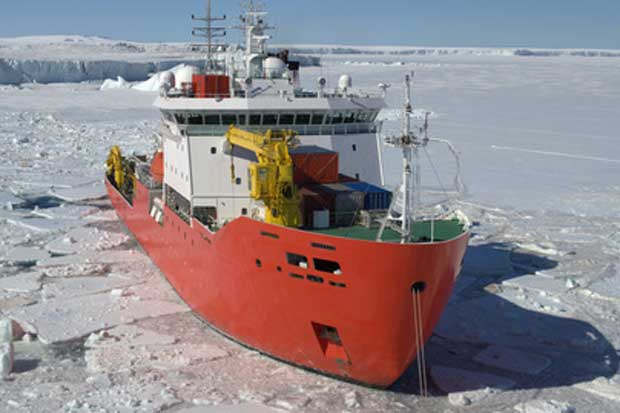 The damage would obviously depend on how much oil was spilled, but large volumes would decimate the fragile Arctic ecosystem, which is already under intense pressure from retreating ice sheets.

Indeed, some of the oil activities in the Arctic are only possible because warming temperatures are causing Arctic ice sheets to melt.

In the summer of 2007, the Arctic Ice Sheet was 40 per cent smaller than usual. A 2012 study backed by the US Navy predicted that by 2016 the Arctic could lose its Summer ice cover.

The hypocrisy of the Obama administration’s approval counteracting its efforts to tackle climate change ahead of the 21st UN climate summit in December has not been lost on environmentalists.

4. To Avoid Dangerous Climate Change The Arctic Oil Must Stay In The Ground

At the same time as curbing some emissions and setting reduction targets, US regulators argue Shell’s lease could “contribute significantly to the national energy supply”.

It’s a new frontier, but expensive and tricky to exploit. According to Shell, it “amounts to around 400 billion barrels of oil equivalent, 10 times the total oil and gas produced in the North Sea to date”.

At this stage, though, it’s unclear how much of that Shell will extract. 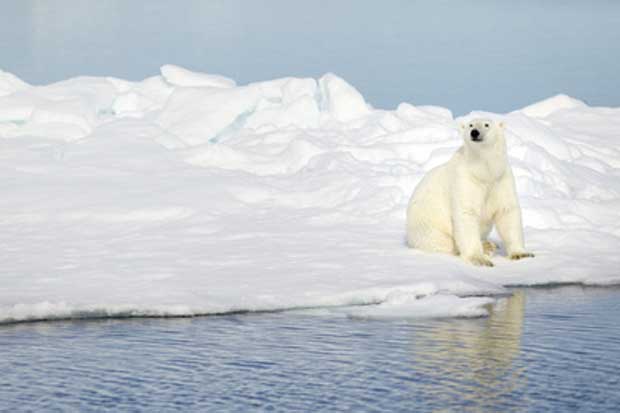 Environmental assessment was based on a figure of one million barrels (420,000 gallons), an assumption the US Court of Appeals ruled “was arbitrary and capricious”.

The court noted that the body which approved the drilling “has not justified its choice of the lowest possible amount of oil that was economical to produce as the basis for its analysis”.

Internal emails within the agency reveal that the lease covers another 11 billion barrels which would be economic if oil prices were at $70, which they often are.

More plans would be needed before Shell could get underway with production of that magnitude, but the bottom line is that climate scientists agree that Arctic oil and gas reserves are unburnable if the world is going to avoid ‘dangerous’ temperature rises of two degrees or more.

As Professor Will Stephen put it in a recent report: “Any exploitation of any of the resources in [the Arctic Region]is incompatible with effective action on climate change”.

5. Shell, The Tip Of The Iceberg

Shell is just one of the players in this new battleground for governments, environmentalists and energy companies.

Canada, Denmark/Greenland, Iceland, Norway, Russia, and the United States all have legal claim to Arctic reserves and they’ve been doing deals with other oil giants, too, like Chevron, Gazprom and Rosneft.

Ironically, any drilling that gets approved will fuel a feedback loop which will likely be much more dangerous than the emissions the oil creates.

The US Geological Survey estimated in 2012 that 44 billion tons of nitrogen and 850 billion tons of carbon stored in the Arctic ice could be released as the region begins to thaw over the next century.

“For context, this is roughly the amount of carbon stored in the atmosphere today.”

But as the energy companies’ efforts to colonise the new Arctic frontier advance, drilling will become increasingly difficult to arrest.

Before it temporarily suspended operations in the Summer of 2012, Shell alone had spent $4.5 billion.