If you want to meet the best Australians, meet Indigenous men and women who understand this extraordinary country and have fought for the rights of the world's oldest culture. Theirs is a struggle more selfless, heroic and enduring than any historical adventure non-Indigenous Australians are required incessantly to celebrate.

I know this to be true, because I have been reporting from and filming in Indigenous communities for most of my life. In 1984, I met one of the best Australians, Kwementyaye Randall.

Kwementyaye Randall was, like so many others, stolen from his mother. He was seven when he was taken, and he never saw his mother again. Indeed, he felt the full force of Australian colonial brutality and duplicity most of his life; but he fought it and rose above it, and he never faltered in confronting the injustice imposed on Indigenous people. I mourn the passing of this old friend, a real hero in a nation that has yet to find the moral sense to honour those who courageously stand against oppression within Australia.

When I interviewed Kwementyaye for my film, Utopia, in 2012, in Mutitjulu in the shadow of Uluru, he was white haired and a distinguished elder, but he still had the twinkle of the rebel in his eyes. His ballad "My Brown Skin Baby, They Take 'Im Away," is one of the most moving political songs of our time. He sang it for me when we first met and I can still feel my thrilling response. Yes, it was a sad song; it was also angry and it said there would be a fight until there was justice.

Sitting in the shade outside his house more than 30 years later, he spoke eloquently about the love and respect for this land that he and Indigenous people felt. He was an educator and natural leader who taught people to reclaim the cultural identity that is Australia's singular uniqueness.

But mostly, Kwementyaye Randall was still angry and hurt. He described vividly how the Australian army had invaded his community in 2007: "They pitched their tents right over there, without asking. Can you believe it. The Australian army. We were being invaded." 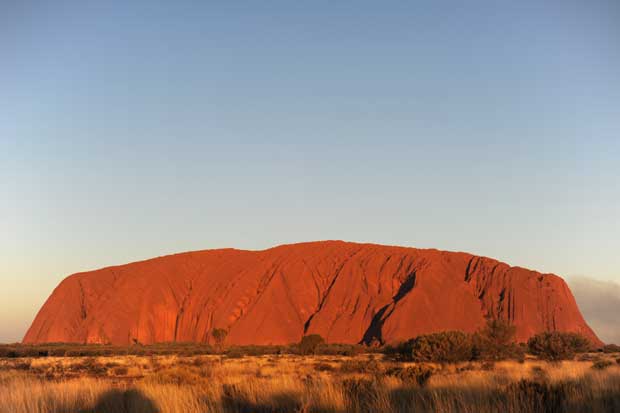 He was referring to the so-called "intervention" when Prime Minister John Howard sent the army into dozens of communities in the Northern Territory on the basis of a big lie that Indigenous "paedophile gangs" were abusing children in "unthinkable numbers". Subsequently, the Australian Crime Commission, the Northern Territory Police and the leading body of Central Australian child medical specialists investigated these allegations and found no evidence to support them.

The words "unthinkable numbers" were used by Howard's minister for Indigenous Affairs, Mal Brough, on Tony Jones's ABC Lateline programme. This was an historic slur on Indigenous Australia, and it led to untold suffering throughout the Northern Territory – as community after community was humiliated and terrorised by a form of bureaucratic malice. Self-harm and suicides quadrupled, according to the government's own monitoring body; people fell into what the report called "widespread despair".

The media played a crucial role in this, notably Lateline, which broadcast an interview with a disguised witness the program called a "youth worker". In fact, he was a senior official in the Department of Indigenous Affairs who reported directly to Brough. His lurid allegations were discredited, yet the ABC never apologised – instead, it conducted an enquiry that wondrously cleared itself. I asked both Tony Jones and reporter Suzanne Smith to account for themselves on camera – as they demand of others – but they failed even to respond. Even an ABC functionary refused to be interviewed.

One of the victims of Lateline was Kwementyaye Randall. The program ambushed him in Melbourne and broadcast the impression that he and other elders in Mutitjulu had failed in their duty of care to their community. It is difficult to describe the degree of hurt this caused – in Kwementyaye, in other elders, in the whole community and right across Indigenous Australia. It was this failure to apologise, to right a wrong, that devastated one of the best Australians.

On the eve of Kwementyaye Randall's death, the ABC's Four Corners broadcast more of the same – this time patronising distortions about communities in Western Australia that the redneck Premier Colin Barnett intends to close down, thus contravening at least three statutes of international law. Amy McQuire demolished this wretched program in New Matilda and I urge you to read her piece.

I last saw Kwementyaye Randall in January last year, in pride of place among other elders who came from all over Australia to join the 4,000-plus crowd in The Block in Redfern, to watch the premiere of 'Utopia'. We stood arm-in-arm with Rosalie Kunoth-Monks, another Australian hero. Both were delighted by the huge non-Indigenous crowd and its source of hope.

But hope is not enough. Kwementyaye Randall felt deeply that until non-Indigenous Australia told the truth about its own rapacious past and stopped covering this with relentless, duplicitous dispossession of Indigenous Australians, along with collusive, craven smears in the media, there would be no justice in this country.

In my film, Utopia, there is a sequence just before the end credits, over which play the haunting words of Glenn Scuthorpe's ballad, "No More Whispering". As Glenn sings the words, "The smile that won't be forgotten; can you never fade away?" there is a fine image of Kwementyaye Randall, whose memory shall never fade away.