Seymour Hersh, the renowned investigative journalist, has been well known for his anonymous high-ranking sources for decades. In September 2013, he gave an interview to the Guardian¸ where he expressed his contempt for American media in general. As for the story about the death of Osama Bin Laden, “Nothing's been done about that story, it's one big lie, not one word of it is true”.

Over a year and a half later, Hersh has come out with his own version: one that is plausible, and worth looking at seriously.

Hersh usually writes for the New Yorker. It was uninterested in running over 10,000 words from two essays on the war in Syria. Instead, the found a home in the London Review of Books, presumably because of the American media’s investment in pushing the government’s pro-war agenda, which at the time included an uncritical embrace of the Syrian rebels.

Hersh’s article on the assassination of Bin Laden similarly found its home in the London Review of Books, though it is not yet clear why.

One element of the media’s account so far that raised questions was how Bin Laden could be living in Abbottabad, a town 40 miles from Islamabad, 15 minutes from a base for the Inter-Services Intelligence Agency, Pakistan’s equivalent of the CIA. How could the most hunted man in the world live there without Pakistani officials or intelligence knowing about it?

Hersh’s answer: they did.

ISI was holding Bin Laden as a prisoner from 2006, and “Pakistan’s two most senior military leaders – General Ashfaq Parvez Kayani, chief of the army staff, and General Ahmed Shuja Pasha, director general of the ISI” knew this, and were later to authorise the assassination mission.

During Bin Laden’s years of imprisonment, Al Qaeda was quiet: “The retired intelligence official said that the CIA’s internal reporting shows that since bin Laden moved to Abbottabad in 2006 only a handful of terrorist attacks could be linked to the remnants of bin Laden’s al-Qaida.” Pasha, the head of ISI explained why they were holding Bin Laden as a prisoner: “We needed a hostage to keep tabs on al-Qaida and the Taliban”. As Hersh’s source explained, “The ISI was using bin Laden as leverage against Taliban and al-Qaida activities inside Afghanistan and Pakistan. They let the Taliban and al-Qaida leadership know that if they ran operations that clashed with the interests of the ISI, they would turn bin Laden over to us.”

Meanwhile, the Saudis financed Bin Laden’s upkeep during his imprisonment. The retired official explained that they didn’t want his capture revealed to the Americans, “because he was a Saudi, and so they told the Pakistanis to keep him out of the picture. The Saudis feared if we knew we would pressure the Pakistanis to let bin Laden start talking to us about what the Saudis had been doing with al-Qaida.” It would be nice if this were a realistic worry, but Western governments and media have shown little interest in holding Saudi Arabia accountable for its support for Al Qaeda and other jihadi terrorists.

As a brief reminder: 15 of the 19 hijackers on 9/11 were Saudi. Hillary Clinton in a leaked cable from 2009 observed that Saudi Arabia remained a “critical financial support base” for terrorist groups like the Taliban and Al Qaeda. 28 pages of the official inquiry into 9/11 weren’t published, but were reportedly about the Saudi connection. It appears that Saudi Arabia has had its way, and for now more light won’t be shone on its support for al Qaeda.

According to Hersh, the ISI caught Bin Laden in the Hindu Kush mountains by bribing local tribal people to betray him. Funnily enough, the way the US found him was also through bribes: the $25 million reward posted by the US for his capture back in 2001 was ultimately claimed by a retired Pakistani intelligence officer. A cut of the reward was also claimed by Bin Laden’s doctor, Amir Aziz.

Aziz was ordered by the ISI to treat him, and received a reward for obtaining the DNA evidence that proved Bin Laden’s identity. Naturally enough, President Barack Obama didn’t believe the original claims that Bin Laden was living in Abbottabad, saying “Don’t talk to me about this any more unless you have proof that it really is bin Laden.”

Once the Americans found out where Bin Laden was, they pressured Pakistan to let them kill him, threatening to cut aid, which they began doing, and also threatening to leak Bin Laden’s imprisonment. Pakistan feared retaliation from the Taliban and al Qaeda if they let the US kill him, so they hatched a plan, whereby they would publicly deny cooperation with the US in the assassination. Public squabbling between Pakistan and the US would “cover their asses”. However, cooperation between the two countries remained strong – just as the government of Yemen made a show of opposing drone attacks, but ultimately considered the aid they get for such cooperation was worthwhile, and did their best to quieten domestic opposition by pretending to oppose such attacks. 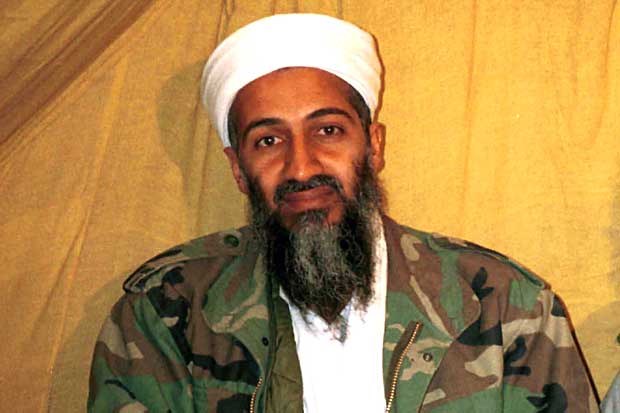 As for what happened during the assassination, many of the US government’s official claims quickly unravelled. The claims that Bin Laden was in a firefight with the Navy Seals was abandoned, and it soon became clear that he was simply murdered, as was intended in the planning for the operation. Claims that he hid behind women who he used as human shields – along with rhetoric about what this proved about his character – were also made.

In Hersh’s account, Bin Laden retreated into a bedroom, “cowering”, where two Seals followed him and shot him. Hersh’s high-ranking official source claimed it was “bullshit” that only one or two bullets were fired into his head: “The squad came through the door and obliterated him.” As the seals had “torn bin Laden’s body to pieces with rifle fire”, there was a problem of what to do with his body. Some of it was reportedly tossed into the Hindu Kush mountains, as it was believed that the US government would claim they had killed him there.

The mission itself was devoid of risk for the Seals: there was no armed resistance, and the Pakistani government quietly facilitated the attack. Which explains why relations between the two countries quietly resumed their natural course, as opposed to the US exploding in anger at a country which was uncooperatively harbouring their supposedly greatest nemesis.

It’s not clear what happened with the body. Hersh throws doubt on the sea burial story, though it was hard to credit the US claims that he was buried in full conformity with Muslim religious rites. Hersh notes that there was no imam on the US ship he would have been thrown from, necessary for the burial service.

The most memorable sceptical reaction at the time to this claim came from As’ad AbuKhalil, who wrote: “Burial at sea? Who are you kidding? Just say what happened: most likely, soldiers scrawled slogans on his body, and then yelled: Allahu Akbar, you motherfucker, and then tossed his body in the water.”

The revelation about how Bin Laden was found was significant. As Hersh notes, the CIA claimed that it was the use of torture that led to the courier that led to the discovery of Bin Laden. As it turns out, there was no courier. This was just a tawdry attempt at justifying torture, immortalised in the Hollywood pro-torture extravaganza, Zero Dark Thirty. There is no more effective way of justifying torture than by claiming it was necessary to fight back against the 9/11 terrorists, and that movie’s existence will always be an excellent reminder of Hollywood’s role in amplifying in emotionally manipulative ways the American government’s propaganda.

More sadly, the US decided to conceal Pakistani cooperation in getting Bin Laden, by claiming a fake vaccination process led to his identification. As a result, the Taliban began a campaign of assassinating vaccination workers. In Australia, we have herd immunity. In a country like Pakistan, with high levels of poverty and illiteracy, the effect of hijacking vaccinations in a Western plot has been disastrous. According to Hersh, the vaccination program by former CIA asset Shakil Afridi was legitimate at the time of the assassination, but had previously been used as part of an intelligence effort.

Meanwhile, the US wanted to provide further justification for their murder of an unarmed man who had secretly been held prisoner for about five years. So they began claiming that Bin Laden was playing an “operational” role in directing ongoing terrorist attacks. 175 pages of documents which were allegedly captured from Bin Laden’s new home were translated, and were supposed to prove his central role in ongoing terrorism.

As Patrick Cockburn observed at the time, “bin Laden was ‘delusional’ and had ‘limited contact with the outside world outside his compound’.” Claims about what he was receiving in his emails were also hard to square with the previous US government assertion that he didn’t have an internet connection.

The fact that Bin Laden was a prisoner since 2006, telling his organisation to avoid operations to preserve his own safety, tells us something about the non-significance of his death, and indeed his organisation at that point too. Observers at the time like Nir Rosen commented that al Qaeda at that point was a “fringe organisation without roots in the Arab world”. He explained that its “most important legacy” was as “a Sunni group fighting Shiites in a sectarian war” throughout the Middle East. It is hard to argue with this conclusion.

One could discuss at length all the government and media lies about Bin Laden, and all the phony experts who get everything wrong in their alleged area of expertise. Instead, I want to note that there are people who got it right, without Hersh’s top-secret, high-ranking sources. For example, Fawaz Gerges, an academic specialist on Islamist extremists, published a book about the fall of al Qaeda the year Bin Laden was killed, and it holds up pretty well.

Besides that, we can take Hersh’s story as a reminder that governments lie, and that we should treat their claims with scepticism until proven.

The role of the Saudis in supporting terrorism deserves wider scrutiny than it typically gets in the West. We should pay more attention to the analysts who actually know something about al Qaeda. And we should think of this as another illustration of the policy of assassinations being somewhat ineffective in making us safer.

ED'S NOTE: The comments section of this story has been deleted, because it was 'hijacked' (arf arf) by conspiracy theorists and people who believe 'brevity' (one of our commenting rules) means posting a comment longer than the actual story. Apologies to those readers who took the time to post thoughfully.