Death and taxes are, apparently, the only two certainties in life… although sometimes they combine as death AND taxes, after you die. Such is life.

Of course, there are many other certainties, and one of the biggest is that governments will find all sorts of creative ways to take your cash… and our government is particularly creative.

Basically, they’ll try and tax anything that moves, and if it’s not moving, they’ll give it a little push. Here’s how they do it.

In 2015-16, the Australian Government predicts its total tax take will be about $380 billion. This is an increase on the previous financial year of about $359 billion (whatever happened to that budget emergency?).

About $194 billion of that will come directly from you and I, via income taxes.

Company taxes will bring in about $70 billion, although Joe Hockey has promised a crackdown on the Top 30 corporate tax avoiders (but, strangely, declined to say how much he expects to collect… which smells suspiciously like something you say when you’re trying to address a ‘political problem’, as opposed to a ‘corporate tax avoidance problem’).

The government also taxes your superannuation funds – this will bring in just over $9 billion.

The fringe benefits tax – the tax paid on things like cars, entertainment and housing provided to employees – will rake in about $5 billion.

There’s also a petroleum resource rent tax ($1.4 billion – a tax on profits generated from the sale of things like oil and gas) plus a mineral resources rent tax, which will pull in precisely nothing, because the Abbott Government abolished it (this was the super profits mining tax, which Big Miners now get to keep).

All up, that’s about $280 billion in what the government classes as ‘income taxation revenue’.

What’s strange about those figures is that oil, gas and mining companies seem so incredibly rich, and yet they seem to pay little tax, compared to the rest of us. And in case you haven’t done the math – so far, collectively, you’re by far the biggest contributor to the tax take, pitching in about 70 percent of the revenue the government gets from income tax. 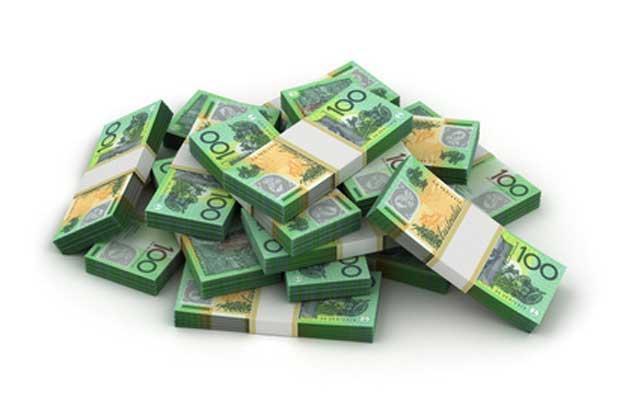 Of course, there are other federal taxes as well – they get you at the door, and the bar as well.

The Goods and Services Tax (GST) will bring in about $60 billion over the next financial year. This money is distributed to the states and territories, and yes, you pay that as well on many of the things you buy.

If you drink wine, they also sting you for a ‘wine equalization tax’ (worth $840 million). Beer and spirit drinkers will contribute substantially more – about $4.5 billion combined.

The much-maligned smoker will get stung for just over $9 billion.

If you drive a car (or a truck, a boat etc – ie. if you use fuel) you’ll help them rake in $18 billion in fuel excises (a fancy word for tax). Unless of course you’re poor, in which case, according to Joe Hockey, you don’t drive, which means you’re contributing nothing… you slack bastard.

People who drive nice cars, however, will contribute. But not very much. The luxury car tax only drags in about $450 million a year.

The government charges tax on other things, like clothing, footwear and textiles. That’s right, if you wear clothes, or shoes, you’re paying tax on those as well (we look forward to Joe Hockey’s explanation about the ‘nude poor’). That takes the total estimated haul for ‘excise and customs duty’ in the next financial year to just over $34 billion.

There’s also a few other bits and pieces, such as agricultural levies ($472 million), the suspiciously named ‘other taxes’ (almost $4 billion), import taxes ($1.1 billion) and ‘mirror taxes’ (broadly, a way for governments to get out of paying taxes to each other that you and I would have to pay) of about half a billion.

Which comes to the grand total of $380 billion in taxes over the next financial year. Which, let’s face it, is a lot of money, and you and I, collectively, are paying by far the majority of it.

But bear in mind, they’re only Commonwealth taxes – we’re only talking about the federal bastards here. The state, territory and local bastards have their own ways of extracting money from you, through things like land tax, car registration, and council rates.

For their part, the states and territories will carve out about $65 billion in tax this year. Local councils will grab around another $16 billion.

That’s almost half a trillion dollars in taxes.

Which might explain why, this morning, you might feel a little like you’re being taxed to death… one of life’s certainties if you’re an average citizen, but not necessarily true if you own a company or a fancy accountant.