Latest
Search
HomeEnvironment
By New Matilda on May 9, 2015 Environment

Billionaire Richard Branson has urged the United Nations to list the World Heritage value of the Great Barrier Reef as ‘in danger’ after being approached by advocacy group 1Million Women.

While admitting the campaign may seem “counter intuitive”, Branson argues it is an effective way to “stop further irreversible damage” to the reef “and to protect it for generations to come”.

“Saying the Great Barrier Reef is ‘in danger’ could be just what it needs,” Branson wrote in a blog post yesterday.

The United Nations World Heritage Committee is set to make a decision on whether to change the listing of the reef at a meeting in Bonn, Germany, in June this year.

Like Branson, the UN has expressed concern that port developments and coal ships set to service Australia’s largest ever coal mine, which the federal government approved last year, will further damage the reef.

The Great Barrier Reef has already lost half of its coral cover in the last three decades, and it faces further threats from the Crown of Thorns Starfish and increased agriculture run-off.

In 2013, a federal government report noted that 24 out of 41 attributes which make up the ‘Outstanding Universal Value’ of the reef under the World Heritage Convention are deteriorating.

But the greatest threat to the reef, according to government scientists, is climate change.

“The reef’s plight, like many others, is unbearably sad,” Branson said. “It is being totally overwhelmed by climate change impacts through a destructive combination of heat-driven coral bleaching, ocean acidification and tropical storms.” Despite climate change being the greatest threat to the reef, a recent Australian Government plan designed to guide conservation efforts for the next 35 years and address UN concerns made next to no mention of the risk to the reef from rising emissions.

On Thursday, the United Nations warned that for the first time in millions of years the concentration of carbon dioxide in the earths atmosphere exceeded 400 parts per million.

The Greens environment spokesperson, Larissa Waters, said on Wednesday that she doesn’t “think the government has done enough policy-wise to avert the threat of a world heritage in danger listing for the Great Barrier Reef”.

“Which is an absolute tragedy,” she said, “because we’re talking about one of the seven wonders of the world.”

“And the government has consistently thumbed its nose at the key recommendations, and it’s made some changes around the edges.”

Waters said she hopes the reef is not listed as ‘in danger’, despite the fact it is “in serious jeopardy”. 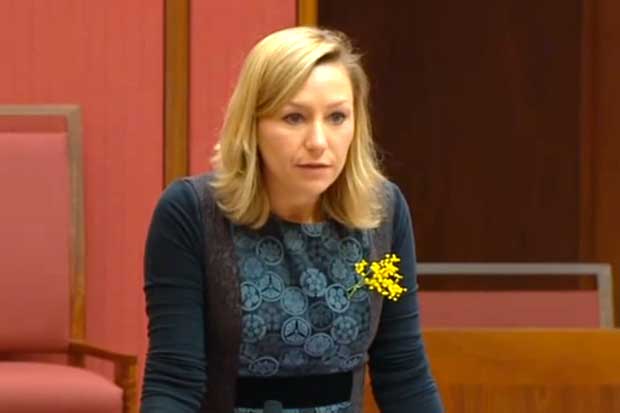 Yesterday, The World Wildlife Fund has released a ‘to do’ list, lobbying the government to do more than is proposed in its ‘Reef 2050’ plan.

At least one federal MP is likely to be unimpressed with these recent developments.

George Christensen MP, whose electorate of Dawson takes in part of the Great Barrier Reef, is standing by the government’s “exemplary document”.

The outspoken backbencher recently voiced his outrage at “eco-traitors” who are committing the “treason” of advocating for an ‘in danger’ listing.

“These extreme greens act like Wormtongue from The Lord of the Rings, flying overseas and whispering in the ears of the decision-makers and diplomats who have anything to do with UNESCO and the World Heritage Committee, poisoning their minds on the state of the reef,” Christensen said.

“They belong to groups such as Greenpeace, the Australian Marine Conservation Society, Friends of the Earth, Get Up, and the Environmental Defenders Office.”