Christine Milne's departure is a moment to reflect both on the achievements of the Greens, but also on what is required to grow the party from here.

The Greens have a record number of Senators in the Parliament. Christine Milne deserves thanks for this. Her leadership on critical issues like climate change has led to a surge in party support.

I'll never forget sitting in a crowd of over 1,000 young people some years ago as they gave her a standing ovation after an electrifying speech on the need to tackle global warming. Her political career is full of moments where she hasn't worried about what's politically possible, instead focussing on what’s critical.

The Greens have, arguably, the most established and consistent set of policies of any party in the Parliament. Christine Milne has been at the heart of policy development in the party and deserves thanks for this as well.

Milne has also driven a successful strategy to bring the party to prominence in regional and rural Australia. As one voter from the NSW electorate of Ballina told me recently, until meeting Senator Milne, he thought the Greens were all communists.

But once he heard Milne's eloquent views on the fight to protect his land and water from coal seam gas, he was enamoured. He voted for the Greens for the first time at the last NSW state election.

Senator Di Natale has a great opportunity to continue to reach into new demographics. He has the humility, communication skills and life experience to appeal to middle Australia. He is inheriting a party that has huge momentum behind it, right at the time when the major parties are suffering from a massive loss of rusted on voters.

There has never been a time in Australian history when we've seen more voters undecided in the days leading up to elections. Cuts to basic services and flip-flopping politicians have destroyed the brands of the major parties. But the risk for the Greens is that they are seen as just another major party as well.

As a former candidate for the Greens, I can recall many conversations with voters who see the Greens as an established party and therefore tarred with the same brush. Success for the Greens lies in separating the party's brand from the major parties – something made tougher each time the Greens enter into Government with another party.

Senator Di Natale has an opportunity to reform the way the Greens function to ensure the party continues to modernise and prove to voters that it represents a different type of politics to the majors.

The way the Greens function is as important as its policies, as it sends a powerful message to potential voters. The easiest way to begin the process of internal party reform is to open up the party to participation from voters who aren't members. To be beaten by the major parties in this effort would be an embarrassment. 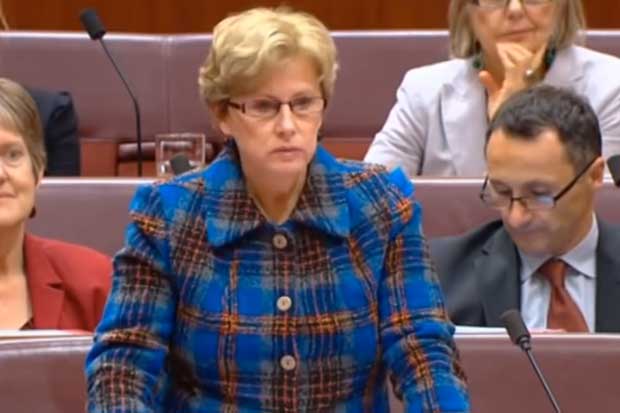 Future leaders of the Greens must be elected by a process that isn't done in secret. Nor should it be rushed. It is a shame that most questions at Senator Di Natale's first press conference as leader were process related.

This wasn't inevitable. Members and supporters should be involved in future leadership ballot processes. Allowing non-members to register as a Green in order to vote in leadership and pre-selection ballots would allow the party to garner the contact details of tens of thousands of its voters, the first step to further engaging this group of people.

The party's volunteers, be they members or not, deserve a greater say in the party's affairs. Senator Di Natale has seen up close the efforts of grassroots organisers, given that his state of Victoria has become the spiritual heartland of the party (a mantle formerly held by the Tasmanian branch).

The Greens now regularly have more volunteers on the ground in key election races then the major parties combined. This has been critical to the party's success in Ballina, Newtown, Balmain and Melbourne. But applying grassroots organising techniques to the next group of races in Grayndler, Sydney, Page and Batman will need a significant step-up in the number of volunteers on the ground, and the sophistication applied to organising tactics.

Senator DiNatale must champion efforts to mobilise volunteers and to give them a more meaningful role in the party.

Maintaining the new surge of young Greens voters who have been attracted to the party is also about modernising the party's policies. As many of the party's new voters start having kids and mortgages, family friendly policies will need to be well communicated.

Support for alternative childcare and education arrangements will be appealing to this group of voters. The traditional opposition of the Greens to flexible childcare and private education will not.

Economic policies that respect the role of business, entrepreneurship and aspiration in society will need to be balanced alongside the reality that limitless growth in a finite planet is simply not possible.

Households with million dollar homes (or million dollar mortgages) and double incomes can not be alienated given the huge percentage of the Greens voter base this demographic now represents.

These households understand the importance of budgeting and of prudent fiscal management. But they also understand the need to invest in growing productivity across the economy and of investing in new industries.

They aspire to be personally wealthy but they also believe in protecting the planet and standing up for society's vulnerable.

The Greens under Senator Di Natale have a wonderful opportunity to prove to the naysayers that 'they 'aint seen nothing yet'. Focussing on mobilising volunteers, growing the number and diversity of people involved in the party, opening the party up to even greater grassroots participation and policy consistency will all be critical for the new leader.

But for now it's time for a heartfelt thank you to Christine Milne, on whose shoulders Di Natale and his team will be standing as they embark on generational change.