Online, I use a news aggregator and social media. Offline I have a Saturday Paper sub and sometimes get Green Left Weekly, student papers, etc.

2. The best thing about News Corp is…
They employ my mate Gina.

3. What issue should be number one on Australia’s political agenda?
Decolonisation/the redistribution of wealth

4. If you could force the PM to work one day in another job, which job would you nominate for him?
A conservationist.

5. What is the best/worst tweet you’ve ever seen?
Not sure about a best single tweet, but there is some stunning, important stuff coming out of #BaltimoreUprising. Back home #SOSBLAKAUSTRALIA is speaking some serious truth to power. @BretEastonEllis is a swamp of a man with a Twitter to match.

6. What are you reading at the moment?
I’ve just started NM by Zadie Smith.

7. Who would you like to get stuck in an elevator with and why?
Would love to talk to Arundhati Roy for an hour or two.

8. What’s the weirdest thing you have in your house?
My dog Teddy.

9. You get drunk with Joe Hockey at a Liberal Party fundraiser and he agrees to let you change one thing in the budget, what do you change?
The debilitating ‘stronger participation incentives for job seekers’.

10. The headline you’d most like to see on the front of a daily newspaper?
Any acknowledging the Frontier Wars. 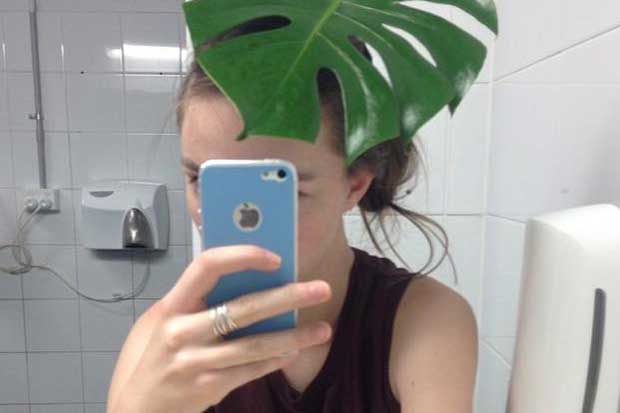 11. Corniest joke you’ve ever heard?
Why do Anarchists only drink herbal tea? Because proper tea is theft (thanks to Maiy).

12. If you were offered, say, a $60,000 scholarship to study anywhere in the world, where would you go?
Maybe a Cultural Studies MA at Goldsmiths in London. Sara Ahmed teaches there and I’m a fan.

13. You’re Andrew Bolt for the day, what crazy right-wing conspiracy theory would you advance?
I am not creative enough to come up with conservative detritus of that caliber.

15. What’s the best dish you can cook?
I think I can cook most things if you put a recipe in front of me. One of my favourite things to bake is this particular chocolate self-saucing pudding??? It’s really good

16. Which Australian thinker or leader inspires you?
Many. Richard Bell. Everyone should read Bell’s theorem.

17. Favourite movie?
I’m not sure. I was named after Freya in The Year My Voice Broke, so there’s an affinity there. I will never forget Tracey Moffatt’s short films.

18. If you could take one person from history on a date, who would it be?
Susan Sontag.

19. What image should hang on the wall of the PM’s office?
A map of Indigenous Australia.

20. Guest question (from Andy Fleming): How do you cope with loss and heartbreak?
I try to focus on the continuity in my life, and also try to let myself be softened rather than embittered by it. Easier said.

21. What question would you like to see the next person asked?
What motivates you?